“We are excited to welcome Casey Bigham to our Clemson Family,” said Rittman. “Casey will be a great addition to our program as a versatile infielder.”

Bigham started in all 26 games at second base for the Paladins in 2020 before the Southern Conference cancelled the remainder of the season due to the coronavirus (COVID-19) outbreak. In 2020, she hit .247 with three doubles and drove in seven runs. In 2018, Bigham earned First Team All-SoCon honors for the second consecutive year after hitting .356 with two home runs and eight RBIs and struck out just once. In addition to earning First Team All-SoCon in 2017 as a true freshman, Bigham was also crowned SoCon Freshman of the Year after hitting .294 with 10 extra-base hits, 24 RBIs and a .988 fielding percentage.

Bigham is pursuing her master’s degree in accounting at Clemson. She earned her undergraduate degree in accounting at Furman in 2020. Bigham’s parents, Bryan and Donna, graduated from Clemson in 1990 and 1989, respectively. Her father served as a Football equipment manager from 1985-89. Her sister, Ally, is set to enroll as freshman and play varsity softball at Samford University this fall.

The Waxhaw, North Carolina native will be one of eight newcomers to Clemson’s roster. The Tigers’ incoming freshman class was ranked as high as 14th in the nation, according to ExtraInningSoftball.com, good for second-best in the ACC. 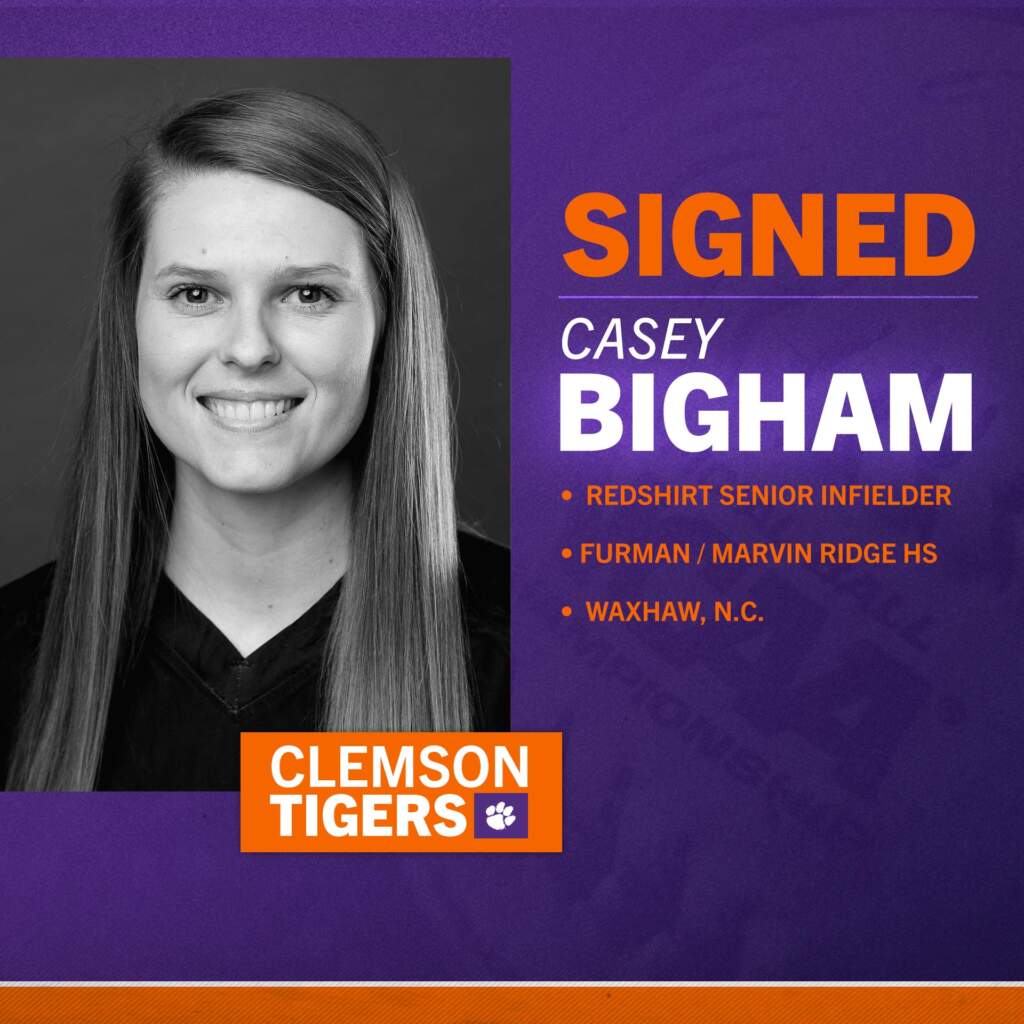