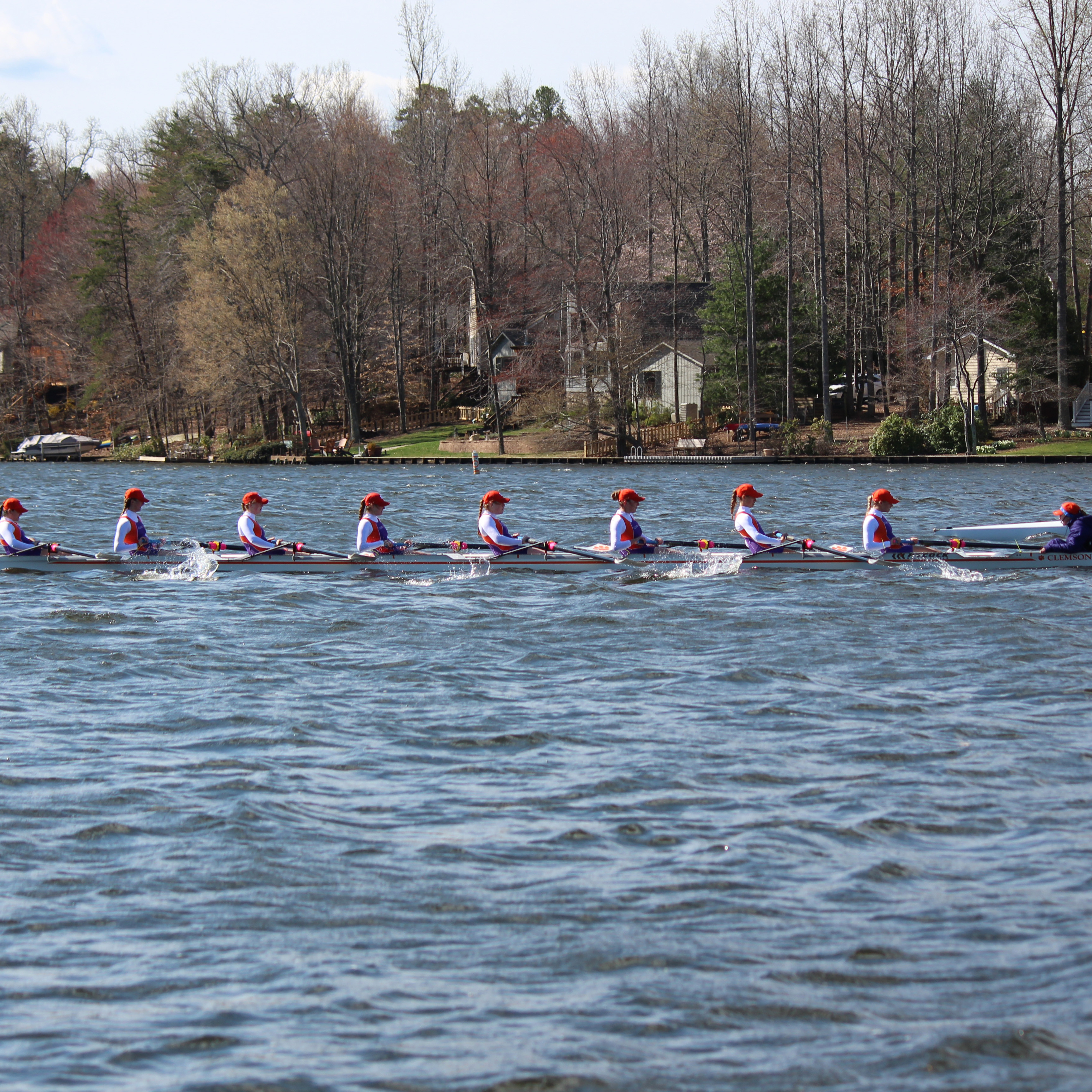 CLEMSON, S.C. – The Clemson 3V8 was named the Atlantic Coast Conference Crew of the Week and named by the conference on Tuesday. The crew defeated ninth-ranked Michigan and Navy at the ACC-Big Ten Challenge last Saturday on Lake Monticello, Va.

In a tight battle, the Tigers were able to capture the victory by less than a second. Clemson finished with a time of 6:59.8, narrowly edging out Michigan, who finished at 7:00.7. Navy finished third 7:25.3.

The honor is the first of the year for the Tigers. The Clemson 1V8 earned ACC Crew of the Week for the week of March 16-22, 2014 after defeating Buffalo, Duke, Iowa, Kansas and Purdue on Lake Hartwell.

The Tigers next regatta is April 18-19 when Clemson hosts the Clemson Invitational on Lake Hartwell. 21 total schools will be in action.