Clark Has a Day, Tigers Drop Game to No. 5 Seminoles

TALLAHASSEE, Fla. – The No. 17/17 Clemson Tigers fell just short of a comeback against the No. 5/5 Florida State Seminoles battling to a 7-6 loss on Friday evening at JoAnne Graf Field. Sophomore McKenzie Clark led the charge at the plate for the Tigers going 3-for-4 with three home runs and four RBIs. With the loss, Clemson falls to 33-13 (11-9 ACC) while FSU improves to 42-5 (13-4 ACC).

“It was a tough loss for us tonight,” said head coach John Rittman. “I love the way our team battled through the adversity of that inning and came back to give us a chance to win in the top of the seventh. This team proved that they have a lot of character and fight in them. I’m proud of the way Millie (Thompson) settled into the game after the first inning. Things just didn’t go our way, which has happened in a few other innings this year. We have to be able to learn from these moments and get better.

We had some great performances tonight led by McKenzie (Clark) hitting three home runs and making a great catch to get us out of a tough inning with the double play. We had some quality at bats from Arielle (Oda) and Cammy (Pereira). The next step for our program is to find ways to beat very good opponents at their place, and a way to play seven innings of softball without giving opponents the opportunities to capitalize on our mistakes.”

Clark started the night off hot hitting a solo home run out of left field in the first. Florida State answered in the bottom half of the inning with a two-run homer of their own to hold a 2-1 lead over Clemson in the first.

The Tigers struck again in the top of the third after Cammy Pereira drew a walk, and Clark sent a two-run bomb down the left field line to make it 3-2 in favor of the Tigers. Clark sent her third home run in as many at bats out of the park again in the fifth inning to double Clemson’s lead, 4-2. Clark is the second Tiger in program history to hit three home runs in a game trailing only Alia Logoleo who accomplished the feat last season at Syracuse.

The Seminoles came up with a big sixth inning to reclaim the lead. FSU got the first three batters on to load the bases with no outs. The Tigers made a pitching change from Millie Thompson to Valerie Cagle. A throwing error allowed two runners to score to tie the game. A sac fly and a single into left field allowed two more runs to score before McKenzie Clark turned a double play after catching a fly ball in center and making the throw to second base to get the runner who wasn’t tagging. The umpires ruled that the runner from third crossed home before the third out was made to give FSU the 7-4 lead.

Clemson started to rally in the top of the seventh after Arielle Oda got things going with a single into left field. Oda advanced to second as Maddie Moore reached on a fielder’s choice. Pereira brought home Oda with a single to left center. FSU intentionally walked Cagle to load the bases with only one out and allow Marissa Guimbarda to bring home Moore from third. Clemson’s rally came to an end after that to drop the second game of the series, 7-6, to Florida State.

Thompson fell to 9-3 on the season after she started in the circle and pitched 5.0 innings with five strikeouts. Cagle pitched a third of an inning before sophomore Regan Spencer finished the final two-thirds.

Clemson is back in action for the series finale against Florida State tomorrow afternoon. First pitch is slated for 2 p.m. on the ACC Network. 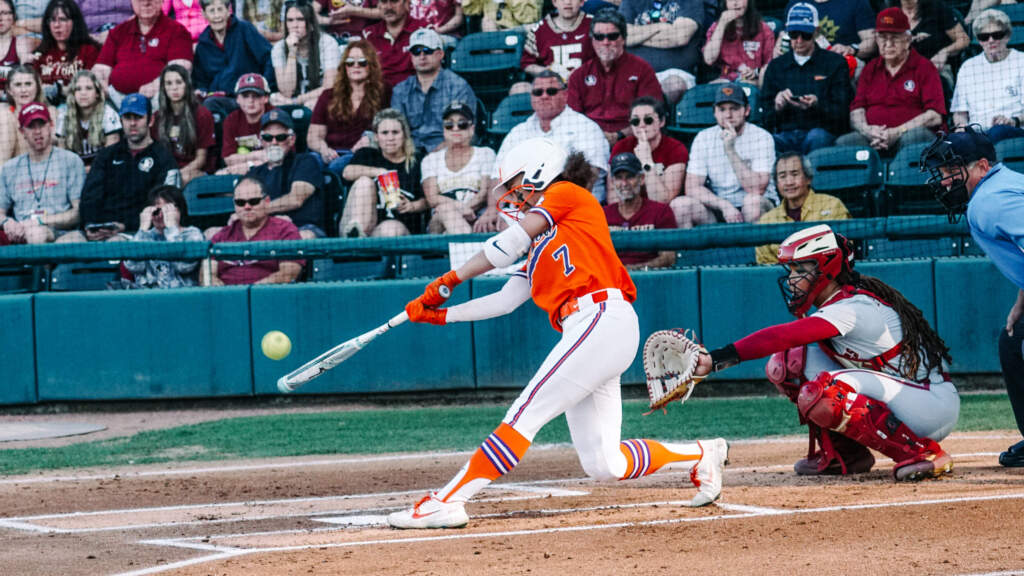 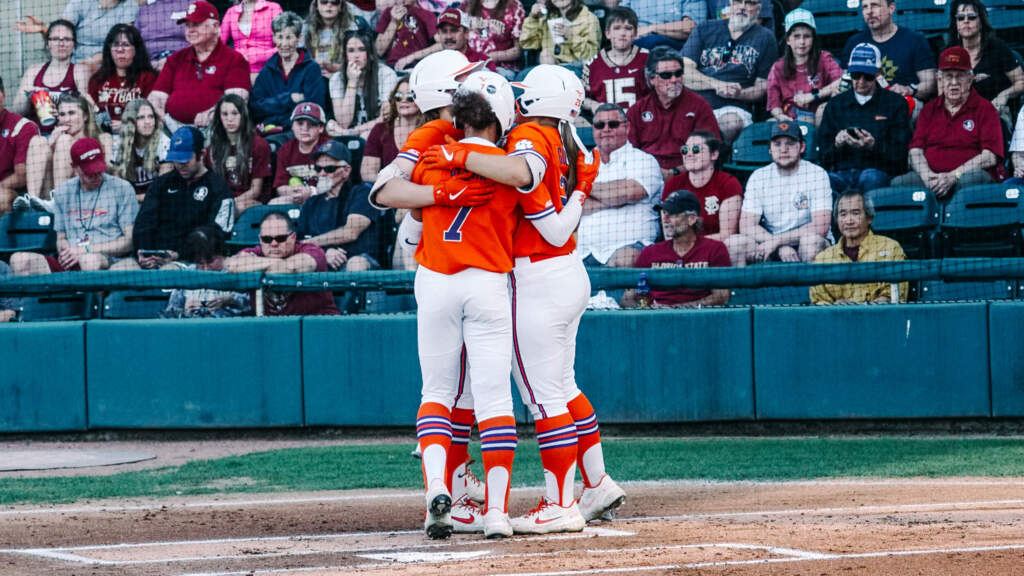 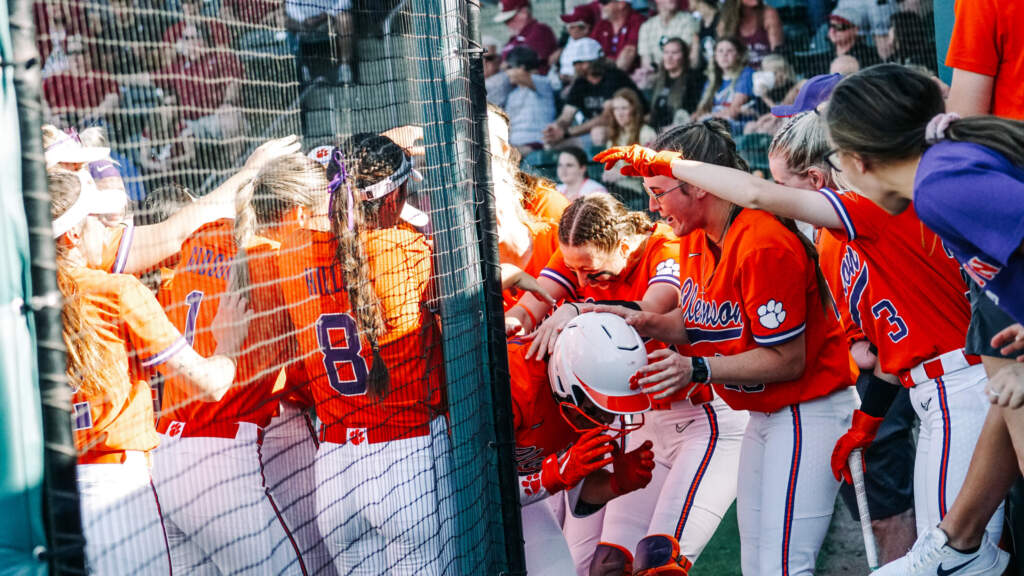 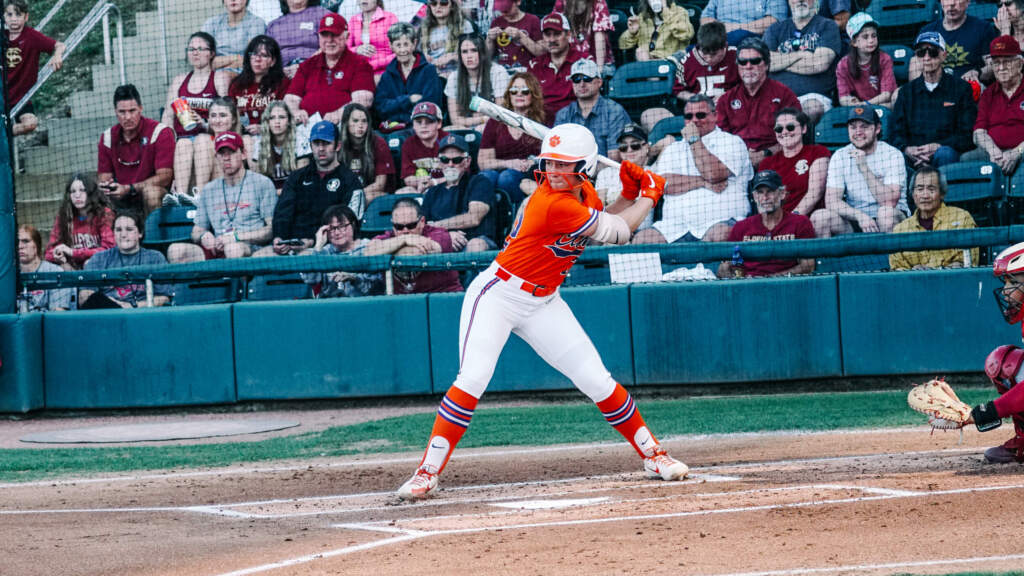 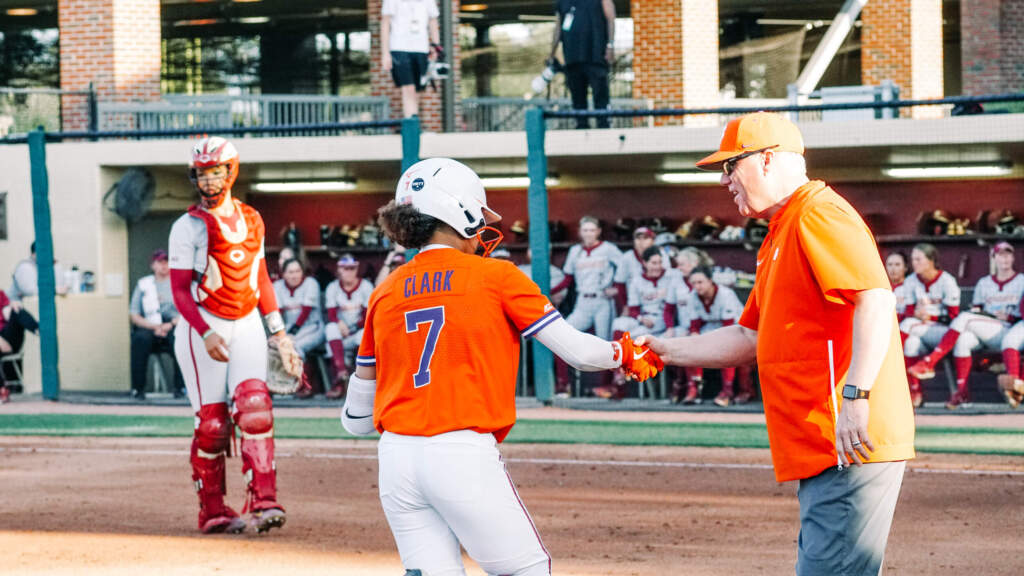 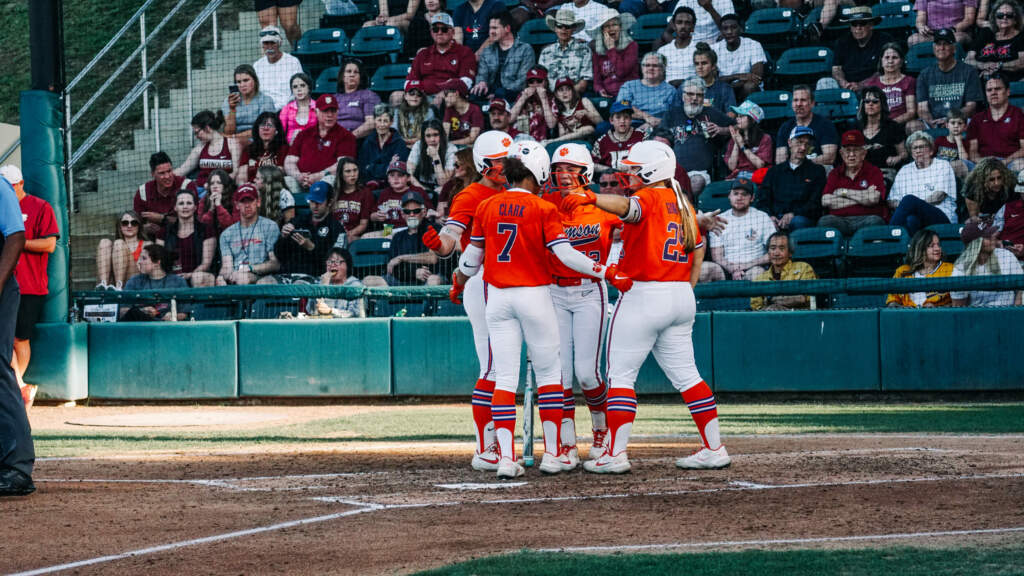 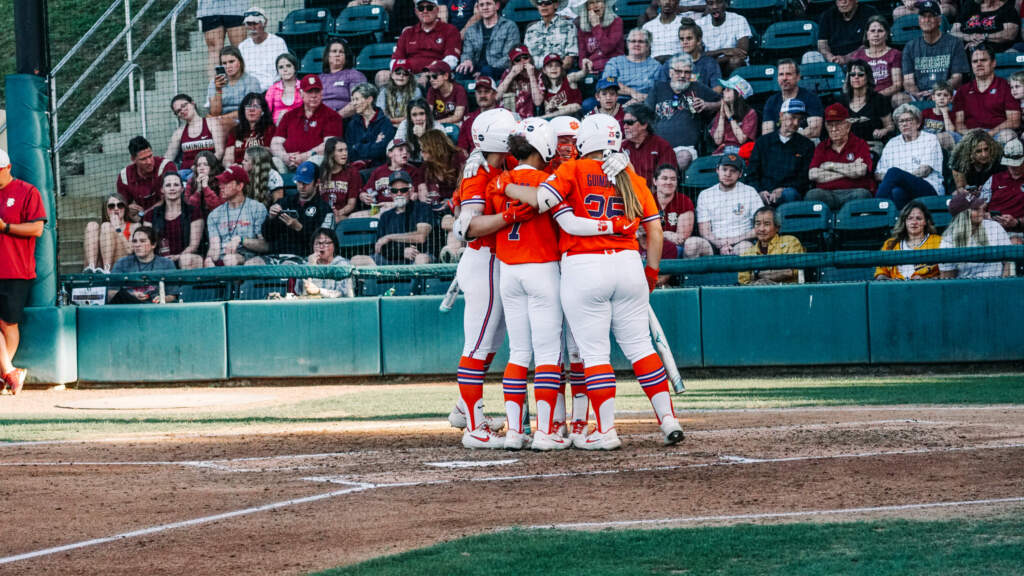 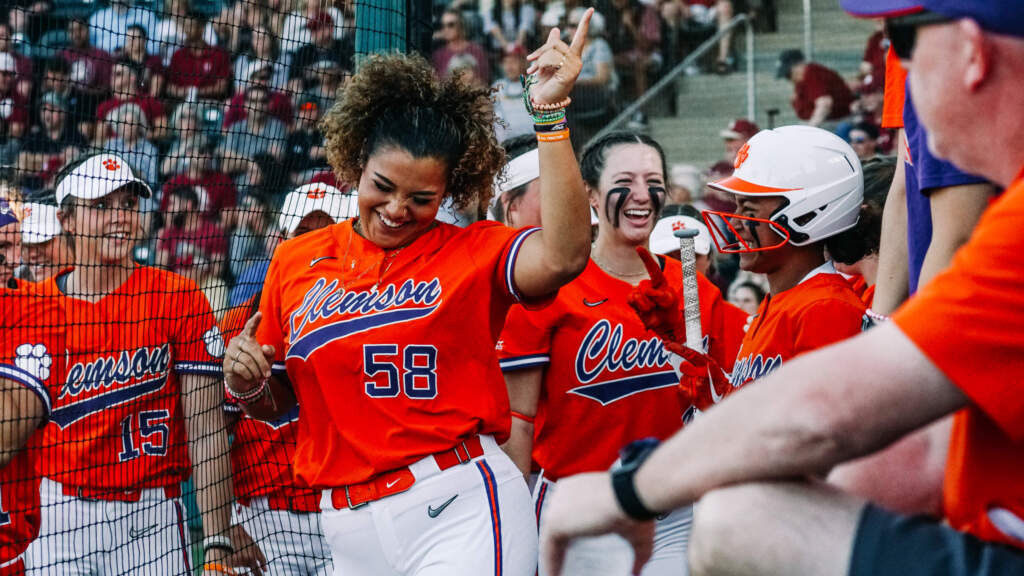 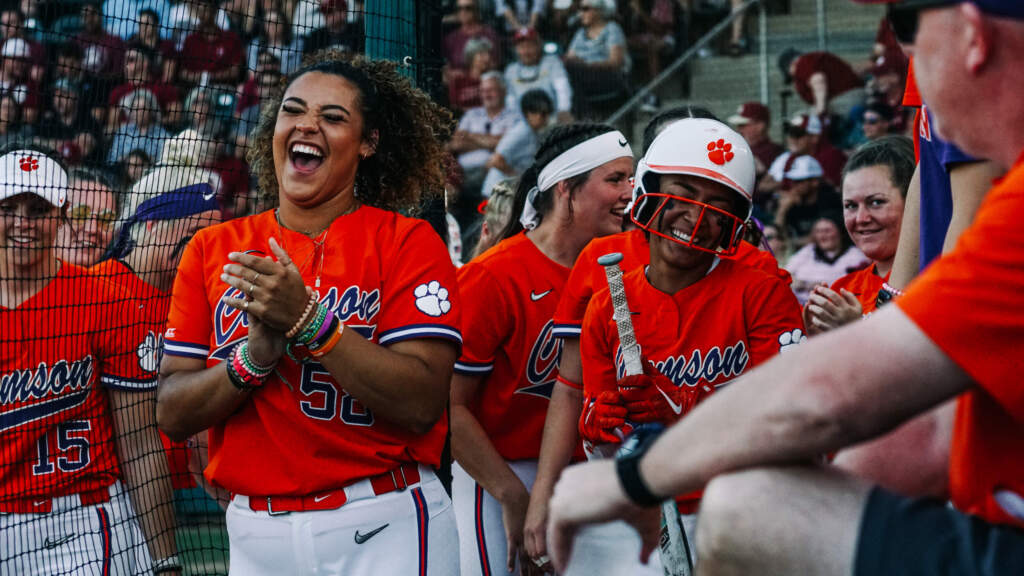 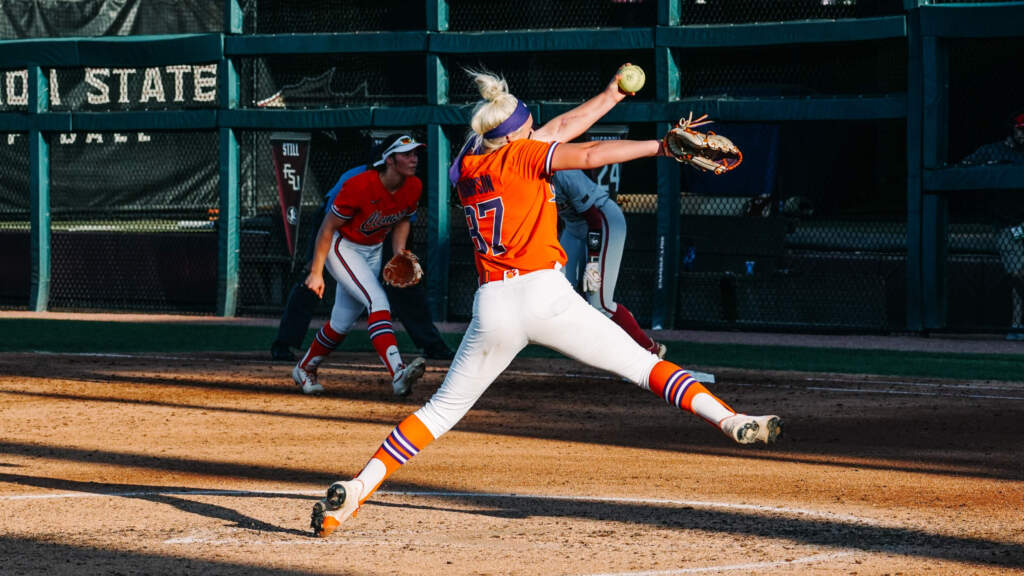