CLEMSON, S.C. – Freshman right-handed pitcher Valerie Cagle hit two home runs, including a grand slam and a walk-off three-run shot, to lead Clemson to victory over Virginia (8-8, 0-3 ACC) by a score of 12-3 in six innings of play Sunday afternoon at Clemson Softball Stadium. With the win, the Tigers completed the sweep over UVA in their inaugural ACC series and improved to 14-7 overall, 3-0 in ACC play and 9-1 inside Clemson Softball Stadium. Cagle, a true freshman, also started in the circle Sunday for the Tigers and earned the win to improve to 7-6 on the season. 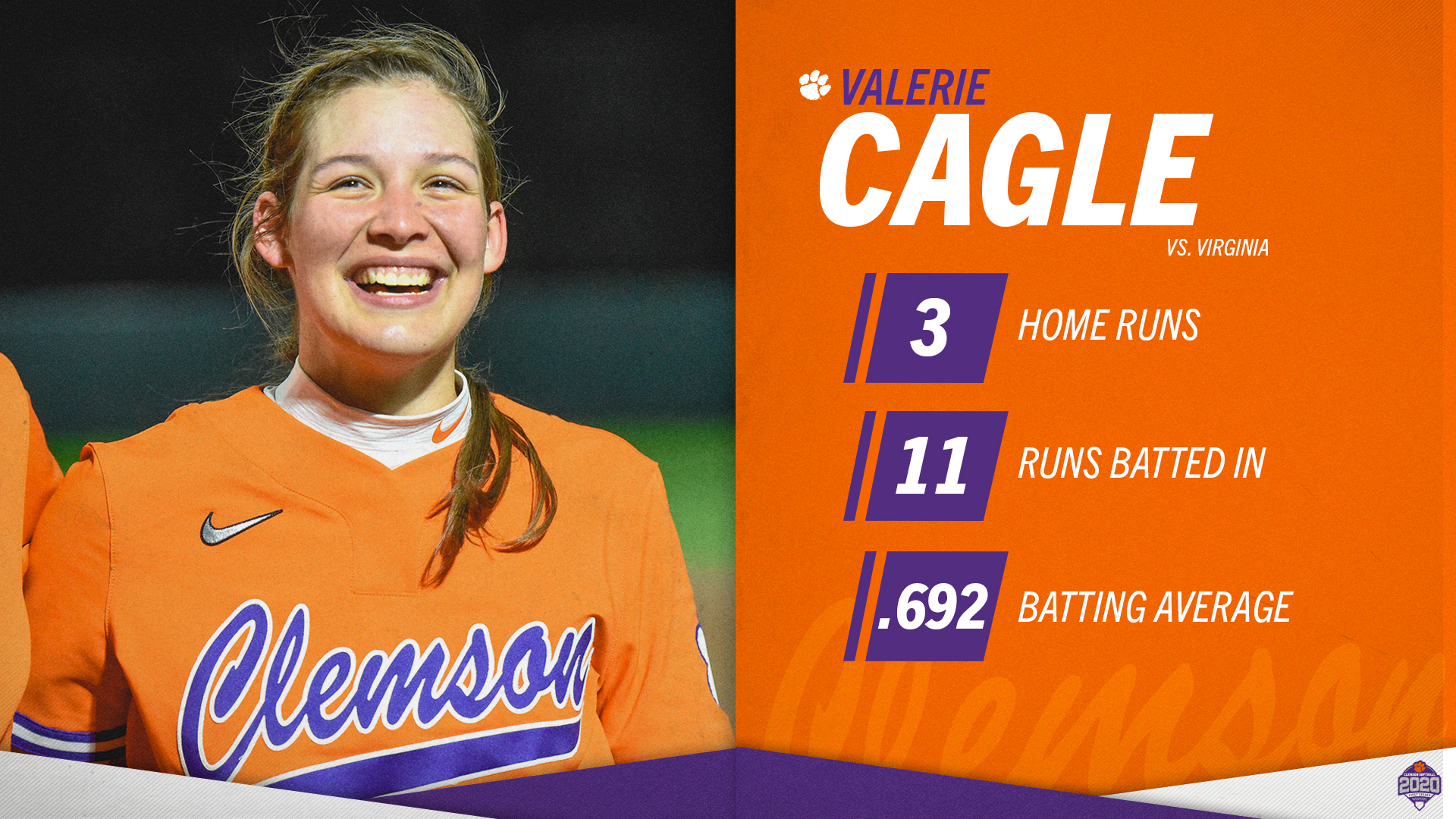 For the series, Cagle hit . 692, going 9-for-13 at the plate along with three home runs and 11 RBIs. She also hit a walkoff solo shot in Friday’s 8-7 thriller over the Cavaliers.

The Cavaliers drew first blood in the top of the first with two outs on a hard-hit ball that bounced over the the third-base bag, which scored Virginia leadoff hitter and right field Savana Avilla, who was on third.

Clemson junior second baseman Cammy Pereira evened the game in the bottom half of the second inning to score infielder Bailey Taylor. Taylor got things started for the Tigers with two outs as her single to center was the first of the straight Clemson hits.

Graduate infielder MK Bonamy broke the game open in the third on a 227-foot three-run shot to right center, giving the Tigers a 4-1 lead. Bonamy’s homer was her second of the season. Her first home run of the season was also her first career grand slam in Clemson’s 19-9 rout over St. John’s (Feb. 9).

Later in the third inning with two outs was when Cagle smacked her first career grand slam and was also the Tigers’ fourth grand slam of the season. Cagle’s four-run shot put Clemson up seven runs, 8-1.

Virginia scored two runs in the top of the sixth to cut the Tiger lead to 8-3, but Clemson’s four runs in the bottom half of the inning gave the Tigers a nine-run lead (12-3) to end the game.

Clemson, now riding a six-game winning streak, returns to Clemson Softball Stadium on Wednesday for a doubleheader against Charlotte. First pitch of the first game is slated for 3 p.m. Wednesday’s doubleheader is scheduled to stream on ACCNX.

Single-game for all Clemson Softball midweek games are available for $2 on ClemsonTigers.com. 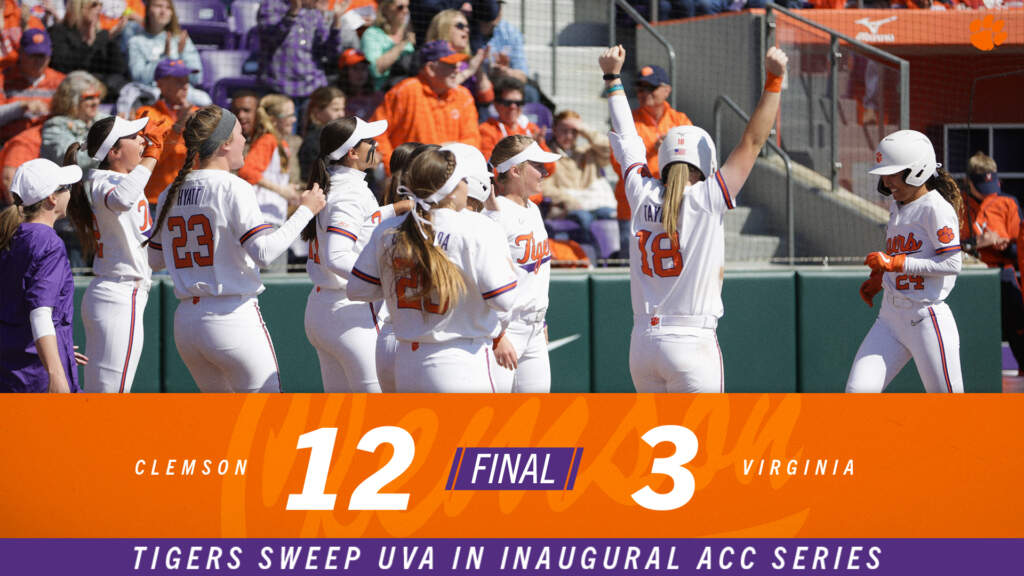