Cagle helped propel the Tigers to another historical season after starting every game. At the plate, she tallied 57 hits, including 10 doubles, one triple and 13 home runs, to post a .308 average. She was second on the team with 44 RBIs and scored 34 runs while boasting a .584 slugging percentage. The redshirt sophomore also posted a 1.92 ERA, which is sixth in the ACC, through 32 appearances and 160.2 innings pitched. She earned 16 victories and led the ACC with seven shutouts. She was fifth in the ACC with 176 strikeouts and sixth with three saves.

Cagle is one of nine ACC student-athletes to be named to the All-America list and joins Virginia Tech’s Keely Rochard (at-large pitcher) as the only other ACC student-athlete to earn first team accolades. The All-American honor is added to Cagle’s other 2022 awards that includes a First Team All-ACC nod, selected to the ACC All-Tournament Team, being named to the NFCA All-Regional Southeast First Team and being an USA Softball Player of the Year Top 25 Finalist.

Only players who were selected to All-Region teams were eligible for consideration at the All-American level. Each All-American team is comprised of 18 players, including: three pitchers, one catcher, one first base, one second base, one third base, one shortstop, three outfielders, one utility/pitcher, one utility/non-pitcher and five at-large positions. At-large positions were nominated by the NFCA All-Region committee representatives. 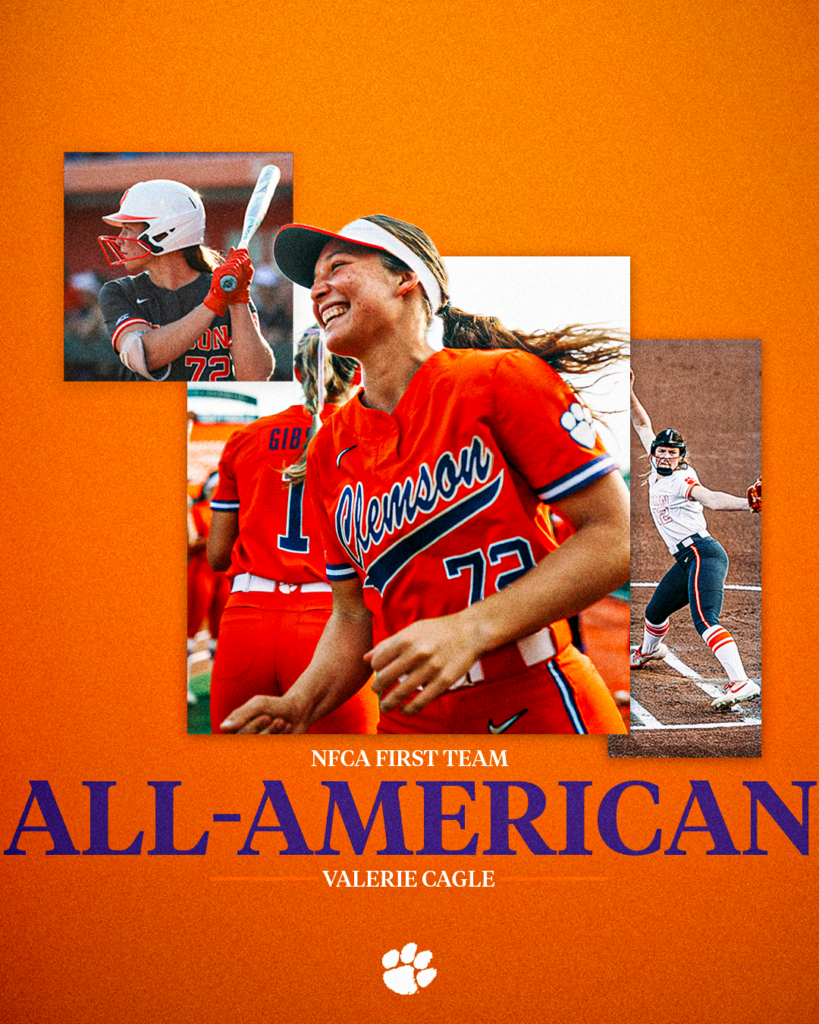