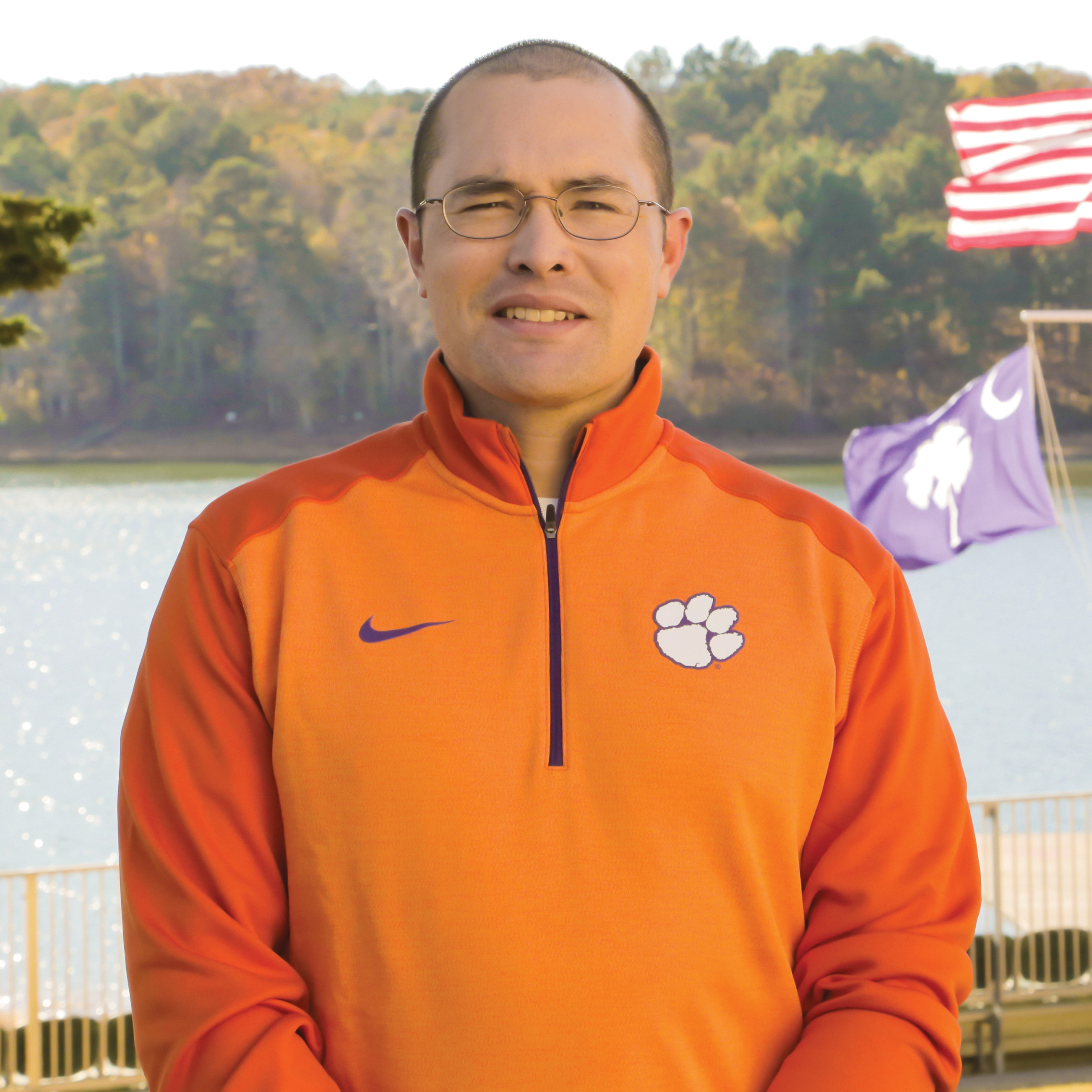 Building Something Special on Lake Hartwell

When the head-coaching position for the Clemson rowing program became available this past summer, Stephen Frazier Wong jumped at the opportunity. Why?

As he put it, “There is just something special here.”

A 1996 graduate of Rollins College in Winter Park, Fla., Frazier Wong began his coaching career at his alma mater. In his seven years there, he helped lead the novice squad to a pair of third-place finishes at the NCAA Division II Championships in 2002 and 2003.

In 2005, he accepted an assistant-coaching position at North Carolina, where he spent seven years in the ACC and got a first-hand account of the atmosphere at Clemson.

“Every time we came to Clemson for the ACC Championships, we could see the family atmosphere,” he said. “There was a ton of support towards rowing with the facilities and water, and then the support that the team received from the fans…it was something special.”

For Tiger fans, that is nothing new. The Clemson Family is something that is preached throughout the school and fanbase. From a rowing perspective, the support is no different. Clemson is one of the few schools that is lucky enough to have its facilities right on campus on the beautiful Lake Hartwell.

It was that environment that led Frazier Wong to Clemson.

“It is very exciting to become a part of a school that invests so much into the sport at the highest level,” stated Frazier Wong. “So when the job did open up, I went for it and jumped straight in.”

So with a program that has a rich tradition, what does Frazier Wong hope to add during his tenure at the helm of the Tiger program?

“I want to be a transformative force for positive change in the lives of my student-athletes,” he said. “When my athletes graduate, I want them to know that their lives were bettered because they were on the rowing team. We push them towards excellence. We hold them to a very high standard, but at the same time we want them to learn valuable life lessons. We work together, change together and grow together.”

Ultimately, Frazier Wong and Clemson are a perfect match. It was the family atmosphere that led him to Tigertown, and he creates the same environment for his team.