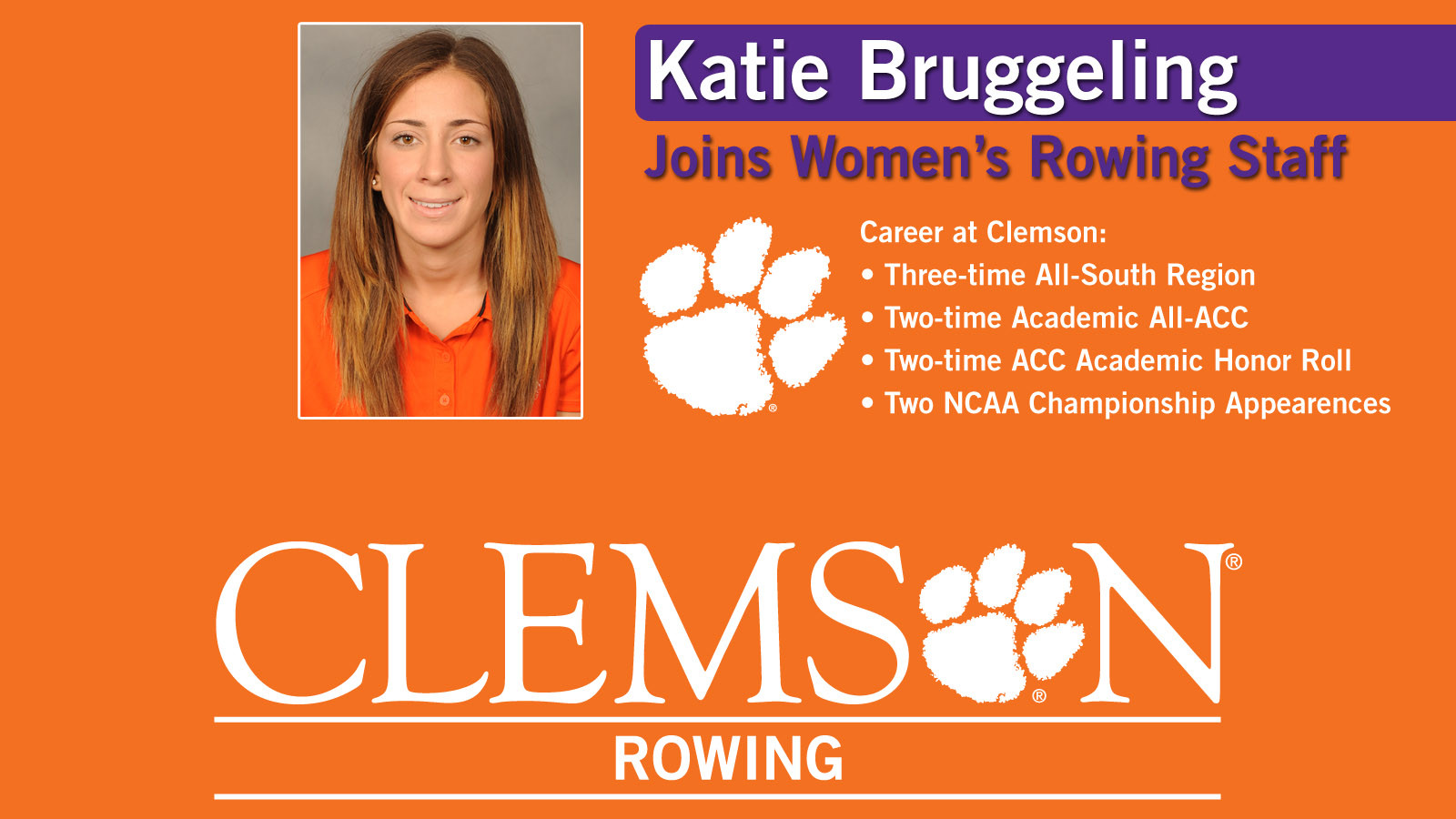 CLEMSON, SC – Clemson Head Coach Robbie Tenenbaum announced the hiring of former Tiger coxswain Katie Bruggeling as an assistant coach on Monday. Bruggeling was a member of the Clemson rowing team from 2010-2013 and will join the staff for her first season as a coach.

“I am thrilled to have the opportunity to continue with the Clemson Rowing program as an assistant coach,” Bruggeling said. “I want to thank Coach Tenenbaum and Dan Radakovich for this opportunity. As an alum, I have seen first hand the dedication of the student-athletes and coaches and I am committed to the continued success of this program.”

Bruggeling will work primarily with the student-athletes in the varsity boats. In addition, she will lead the video analysis and technical review for the varsity group as well as assist with recruiting.

“I am excited to have Katie Bruggeling join our staff here at Clemson,” said Tenenbaum. “Katie brings a tremendous amount of energy and technical expertise with her. As a Clemson alum, she also knows our program and the school very well.”

During her rowing career at Clemson, Bruggeling earned three CRCA All-South Region honors, two Academic All-ACC honors and was twice named to the ACC Academic Honor Roll. She is one of just three rowers in Clemson history to earn three all-region honors.

She earned a bachelor’s degree in sociology from Clemson on May 10, 2013.