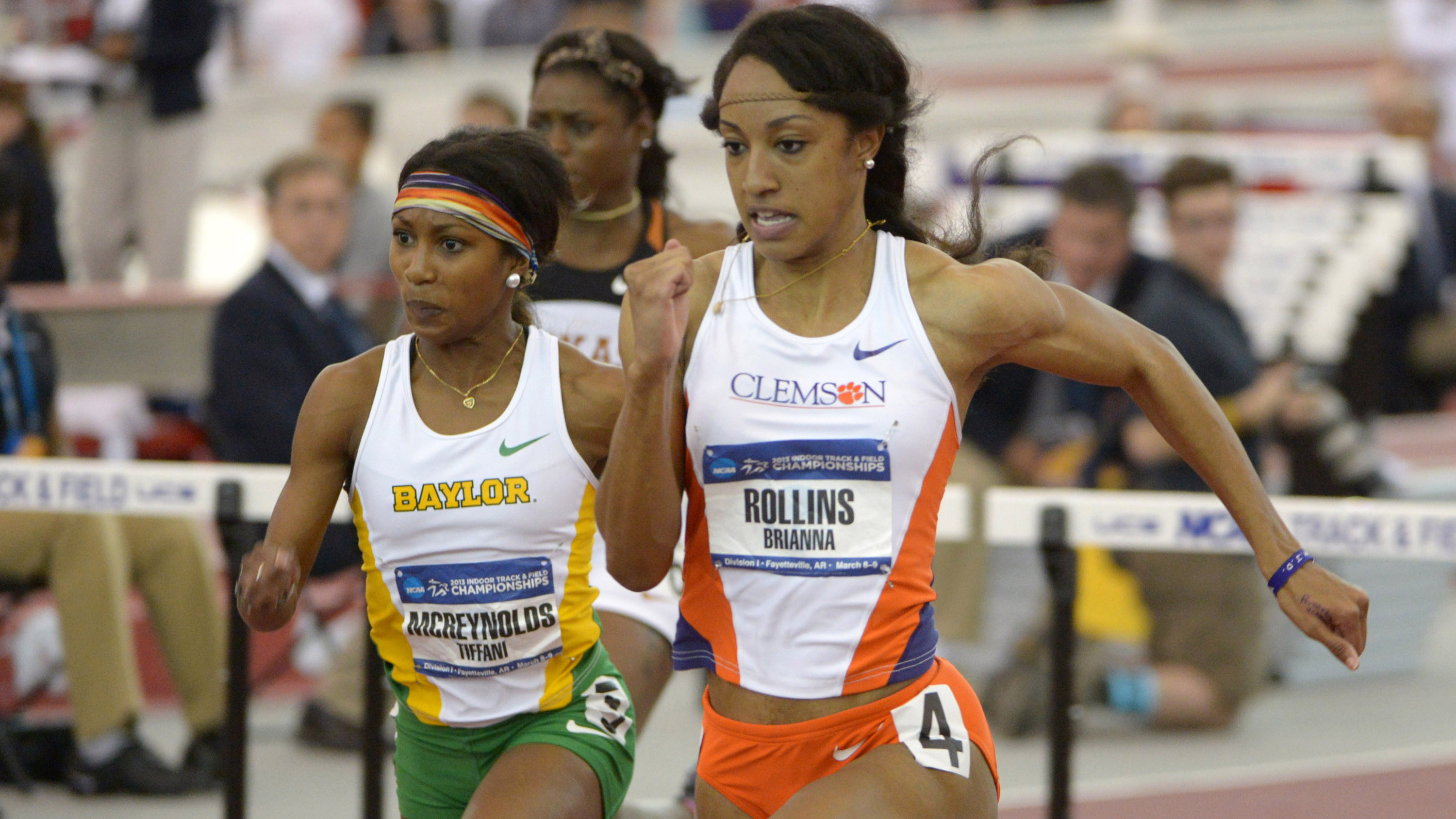 CLEMSON, SC – Brianna Rollins established another NCAA Championships record in the 60 hurdles and claimed her second national title in the event Saturday at the Tyson Track Center in Fayetteville, AR. She led Clemson’s women to a total of 28 points and team finish of sixth place at the NCAA Indoor Championships. The men were led by Spencer Adams‘ bronze medal performance and finished with eight points, good enough for a tie for 25th.

Rollins won an NCAA trophy for the second time in three years in her signature event. She had previously set the meet record with a time of 7.82 in the prelims, but she went three hundredths faster to cruise to victory in the final. Rollins is the first Clemson female since Patricia Mamona with multiple national titles and only the fourth in school history to accomplish the feat.

“I give all the glory to God because he blessed me with this talent,” Rollins said. “I actually wasn’t completely satisfied with my race because I hit one hurdle, but I still was able to run fast and win. That’s all that really matters. We learned what we need to work on as a team, and hopefully we’ll take that into outdoor season and hopefully finish with a higher ranking.”

Dezerea Bryant and Stormy Kendrick finished fourth and sixth in the women’s 60 dash, respectively. It was Bryant’s highest finish in an NCAA individual event. She is in line for first-team All-America accolades in both short sprints. She ran a time of 7.24 on Saturday, while Kendrick crossed in 7.40 to earn her first individual points in an NCAA event as a Tiger. The only other Tiger female to compete Saturday was senior Jasmine Brunson, who took 15th in the triple jump with a mark of 40’6.25″.

Adams led the men’s team with a third-place finish in the 60 hurdles. He posted a consistent time of 7.60, as Florida speedster Eddie Lovett set a meet record in the win at 7.50. It was Adams’ third straight appearance in the 60 hurdles final. Tevin Hester, a freshman, took seventh in the men’s 60 dash final. He posted a time of 6.70. The men’s top-25 finish was the second in the last three indoor seasons, and the 18th in Clemson history.

Torian Ware made his first appearance at an NCAA Championships meet in the high jump. The sophomore from Crawfordville, GA cleared the bar at 7’0.5″, but missed three tries at the next height to finish 14th.