Fifth-year senior infielder Ansley Gilstrap knew she would have to wait at least one full season before taking the field in an official capacity after she transferred from USC Upstate to Clemson in the summer of 2018.

Gilstrap, a two-time ASUN All-Conference selection and the 2017 ASUN Tournament MVP, knew she would lose academic credits by transferring, and she knew not playing softball right away would be challenging, even excruciating at times, but she also knew she wanted to be a part of something special.

“In October (2019), I started to have really bad headaches. Later in the fall, it started advancing from headaches to migraines, my eyes would hurt and I had vertigo. My athletic trainer got me an MRI appointment and they told me I had Chiari Malformation, a brain disorder you’re born with. A piece of my brain is sticking out of the base of my skull in the back. Ever since, we’ve joked it’s because of how smart I am.”

Before her diagnosis, Gilstrap was getting a small taste of what it was like to suit up in orange and purple. Thirteen months ago, the Tigers and Gilstrap competed every weekend in a series of scrimmages in the Upstate area and north Georgia. She was playing “lights out” to the point where the coaching staff had already penciled her in as the starting shortstop in anticipation of the 2020 spring season. That was after Gilstrap had gone a full academic year only practicing and working out.

Despite exhibiting symptoms prior to her diagnosis, Gilstrap managed to block out the pain and discomfort and was enjoying her time on the field during the 2019 fall slate. She was then informed by her doctors in early December that she would need surgery but should be able to return to play by the start of the inaugural season.

“I had surgery that second week of December after I finished finals. I felt pretty good. I walked for graduation the next week. I was feeling good.” 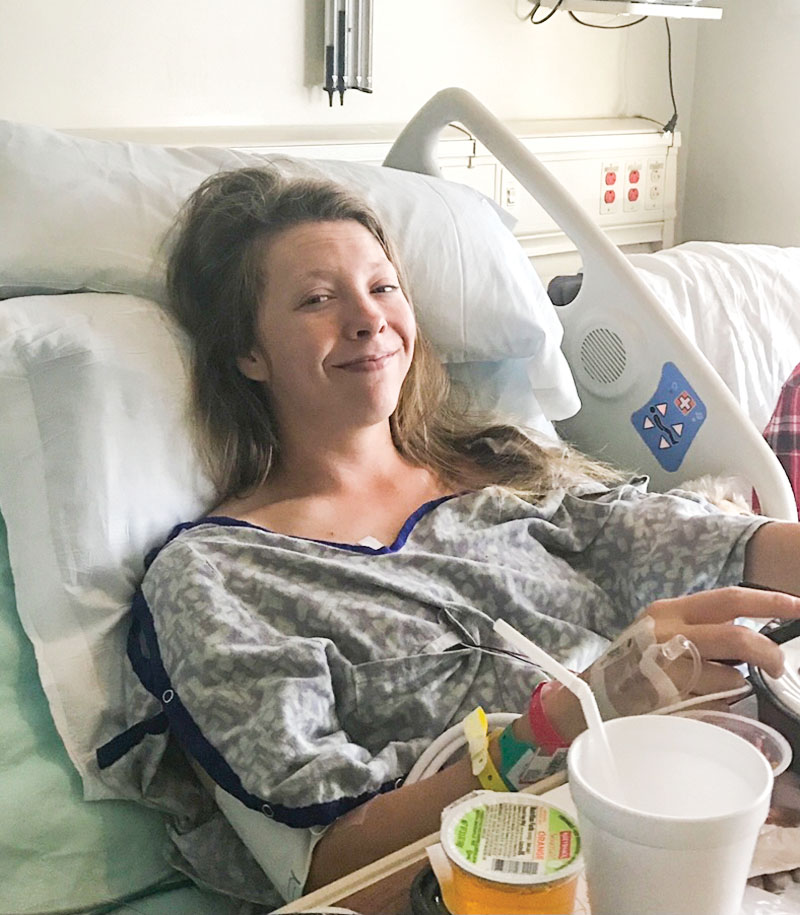 But on Christmas Eve, she began to feel so sick that she went to the emergency room. After a follow-up with her neurologist, it was determined that she had a cerebral spinal fluid leak as a result of her initial surgery. A few weeks later, Gilstrap had yet another leak, forcing her to cease all physical activity.

Without Gilstrap on the field, the Tigers went on to achieve milestone after milestone. They won their first game against St. John’s, beat Western Carolina in their first win at Clemson Softball Stadium and knocked off No. 14 Georgia before winning 11 of their final 12 contests during the shortened season.

“Sitting there being bedridden was super hard. I wasn’t able to go to the games. I wasn’t able to travel those first several weeks with the team. So I was watching our games on TV, getting updates. My teammates were great. They were texting me, and some visited me in the hospital. I was getting as many updates from them as I could, but it wasn’t the same as being out there.”

While she had every reason to give up hope, she did not. She asserted herself as a leader at every turn when physically possible. Even though she could not travel with the team, she was at every home game supporting her teammates through the ups and downs of the memorable season. It was a responsibility she believed was incumbent upon her.

While it is likely that 1,000 days will have passed from her last college game (May 12, 2018) to her first contest in 2021, one thing has remained constant…her positive and selfless attitude.

“I love softball. It’s a team sport. It’s never about one individual. It’s not about starters. It’s really important that your whole team, all 25 people, have a role and they’re all different.

“I really wanted to embrace that I do have a role and that we’re all on one team trying to reach the same goals.”