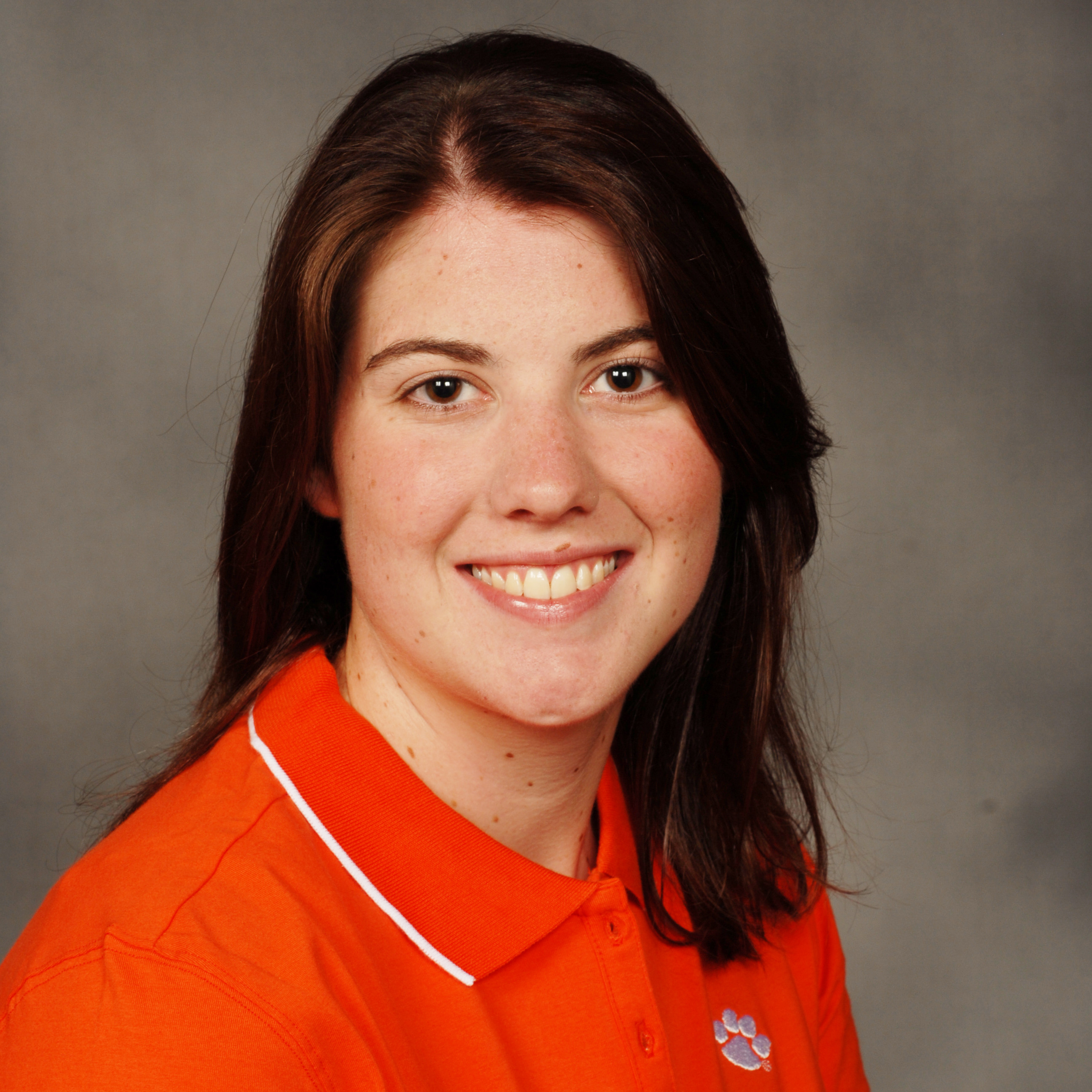 Leading up to the Head of the Charles regatta in Boston this weekend, we are spotlighting a couple of our alumni. Melanie McDaniel will race this weekend with the Clemson Alumni Boat.

As a Tiger, McDaniel was a member of the 2009 ACC Championship team while racking up numerous academic awards. The native of Austin, Texas was named a National Scholar Athlete all three times she was eligible for the honor. Additionally, McDaniel was on the Clemson Academic Honor Roll and was awarded the Williston Wightman Klugh Award, presented by the Eugene T. Moore School of Education. McDaniel graduated in 2009 with a degree in Special Education.

After completing her bachelor’s from Clemson, McDaniel earned her master’s degree in Speech-Language Pathology at the Vanderbilt Medical School in 2011. Currently, she works as a pediatric speech and language pathologist in Austin.

Despite taking two years off from rowing while completing her master’s program, McDaniel rejoined the sport at the Austin Rowing Club, the same club that she participated at in high school. As part of the Masters Competitive team, they have competed at the Head of the Charles, San Diego Crew Classic and at the Head of the Hooch. Occasionally, they will compete against college crews and have even raced against Clemson. In addition to rowing, she also helps teach ITR classes.

McDaniel is excited to meet up with other alumni this weekend. “Spending time with my teammates is definitely the thing I miss most about rowing at Clemson,” she said.