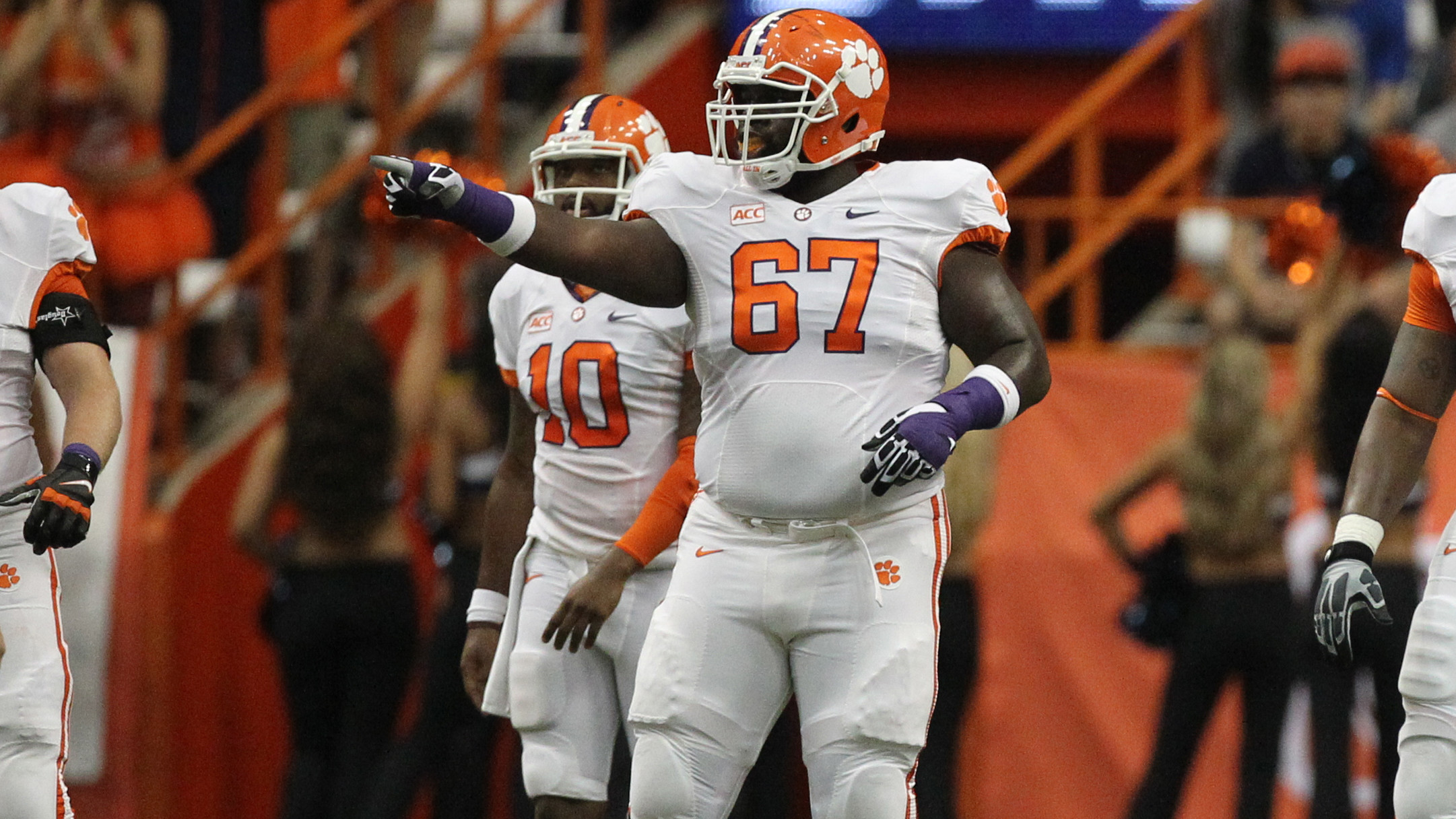 Davis earned ACC Offensive Lineman of the Week accolades after grading out at a career-high 93 percent for 62 plays, and had five knockdown blocks in Clemson’s win over Syracuse.  He graded 97 percent on pass blocking against the Syracuse defense that did a lot of blitzing. The Clemson offense gained 439 yards in the first half and scored 35 points with Davis playing all 49 snaps at offensive guard.  The Tigers finished with 49 points and 624 yards of total offense.