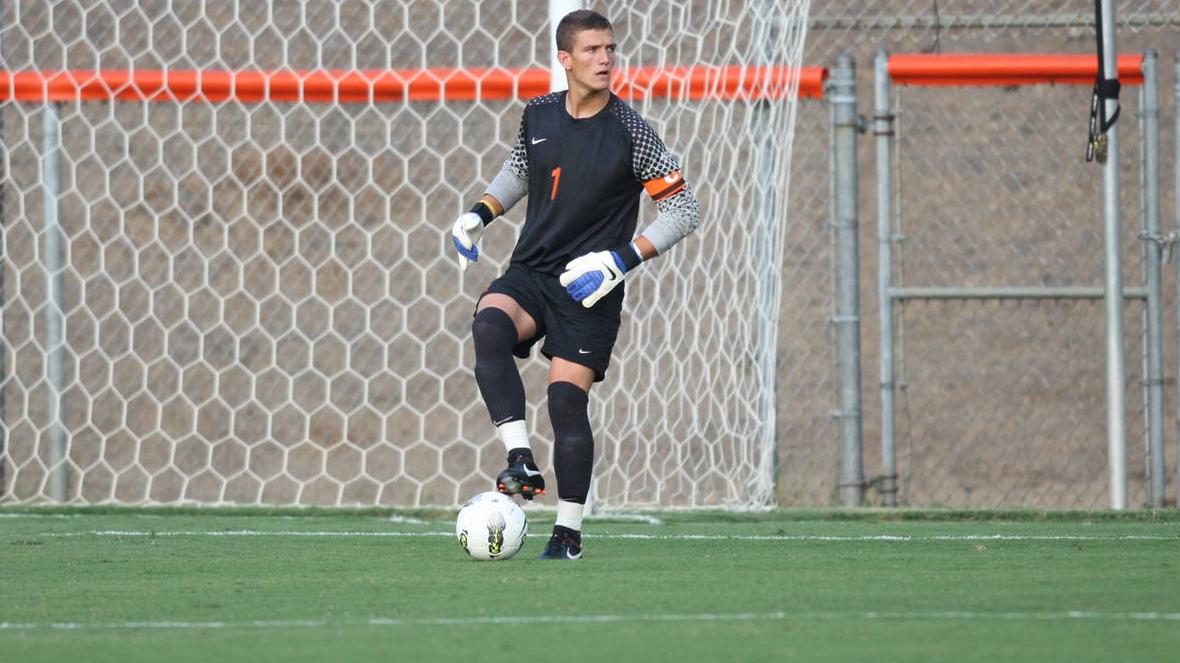 BLOOMINGTON, IN – Eriq Zavaleta scored two goals in leading eighth-ranked Indiana to a 3-0 win over Clemson in the Indiana Men’s Soccer Classic at Bloomington, IN Friday night.  Indiana is now 3-0 on the year, while Clemson suffers its first lost and now has a 1-1-1 mark this season. Indiana scored early in the second minute.  Nikita Kotlov threw the ball in and Zavaleta headed the ball in the goal to give the Hoosiers a 1-0 advantage. The match remained scoreless until the 72nd minute.  Janzen Hollinger took a shot and the rebound came back to Kyle Sparks.  Sparks knocked the ball in from close range as Indiana took a 2-0 lead. Less than five minutes later Zavaleta scored again for the Hoosiers.  His first shot deflected off the crossbar.  He sent the rebound into the netting for his fifth goal of the season. For the match, Clemson took nine shots, six in the first half.  Indiana took 14 shots for the match.  Clemson had two corner kicks compared to the Hoosiers’ 3. Clemson will play 15th-ranked Notre Dame on Sunday at 11:30 a.m. in the second and final match for the Tigers in the Classic. Indiana – Eriq Zavaleta (Nikita Kotlov) 1:40 Indiana – Kyle Sparks (Janzen Hollinger) 71:02 Indiana – Eriq Zavaleta (Unassisted) 75:35 Shots:  Clemson 9, Indiana 14 Corner Kicks:  Clemson 2, Indiana 3 Saves:  Cody Mizell (CU) 2, Luis Soffner (IU) 2 Attendance:  3,746