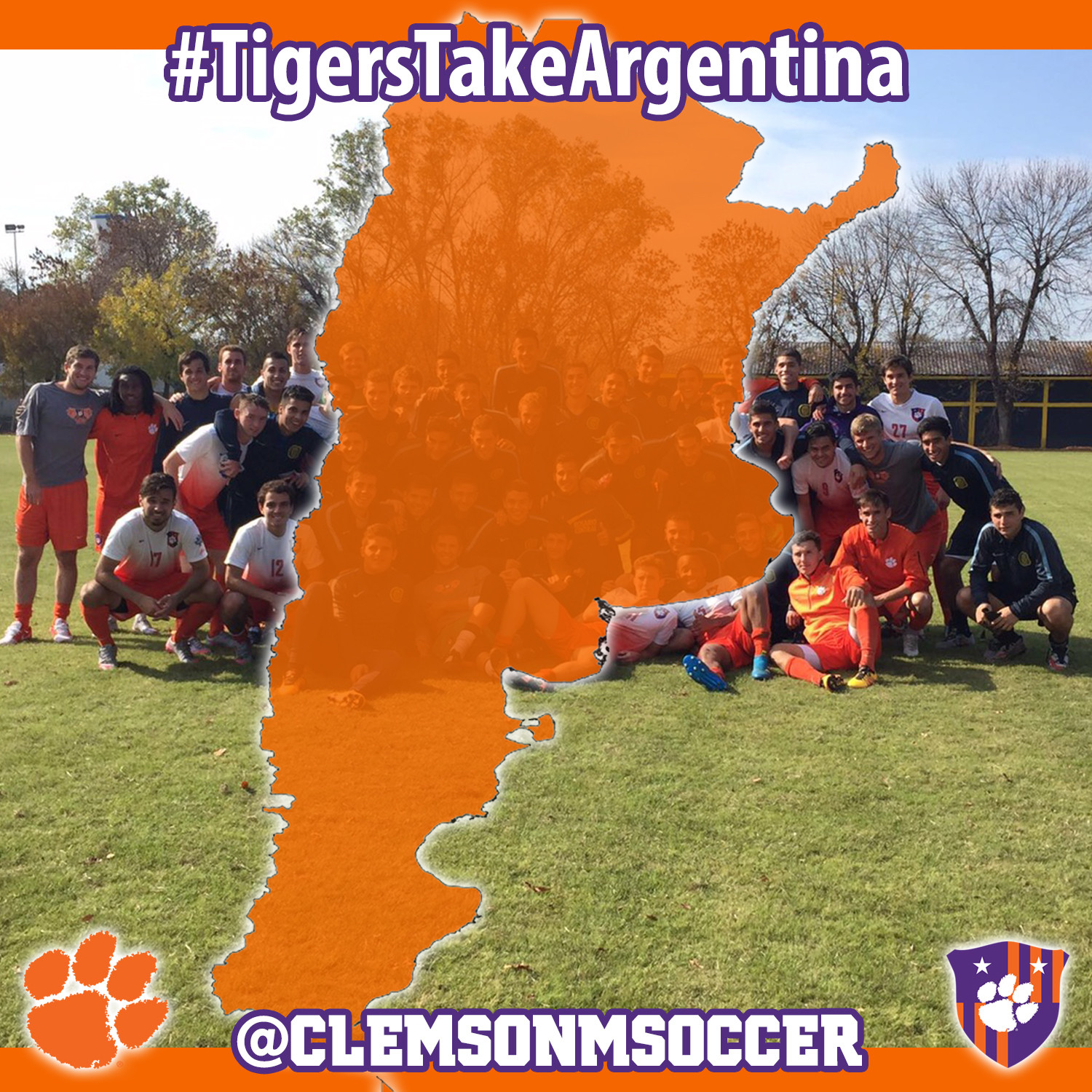 Saturday morning was the final match of our Argentina trip, against Rosario Central. When we arrived at the Rosario Central facilities, we were greeted by Jose Chamot, who played in three World Cups for Argentina, and is now a director with the club. He was extremely welcoming to us, and said a few words about the importance of our sport in his life. He also talked about how he always felt very welcome when he traveled to other countries to play soccer, and told us that he hoped we felt welcome at Rosario Central, which we did, very much so!

We ended up coming from behind to win against Rosario Central, which was a great way to finish off our trip. Read the recap below:

Tigers Conclude Argentina Trip with Win Over Rosario CentralThe Clemson men’s soccer team played the fifth and final match of its tour of Argentina on Saturday morning, defeating a team made up of select reserve and U-18-20 players from Rosario Central by a score of 2-1. With the win, the Tigers concluded the trip with a 2-2-1 record.

Rosario Central scored the first goal of the match 20 minutes in to the first half. The Tigers had a good chance to tie the match near the end of the half, when Aaron Jones sent a well-placed cross into the box from the right side, but Thales Moreno’s header went just wide of the goal.

The Clemson offense came out stronger in the second half, and had a couple of chances before scoring the equalizer. With approximately 15 minutes remaining in the contest, Oliver Shannon was taken down in the box, earning a penalty kick. Moreno handled the kick and made it, for the third time on the trip, tying the match at 1-1. Minutes later, the offense broke free again, with Michael Melvin passing ahead to Diego Campos, who scored to give the Tigers a 2-1 lead, which they would not relinquish.

Since it was Saturday, there were a lot of youth soccer teams playing and practicing at the Rosario Central facility. When our match was over, and since it was our last one, we gave away some of our soccer balls. Some of our guys also gave away the t-shirts and jackets right off their own backs, as well as goalkeeper gloves, shin guards and cleats! The kids were overjoyed, running around the park to show their friends, and it was very special to see their excitement in receiving these items. It’s safe to say that Clemson soccer gained a few new fans at Rosario Central today!

It’s hard to believe that this was the last full day of our trip, and that we begin our trek back to Clemson tomorrow. This has been an incredible experience, one from which have already learned so much, and from which we will continue to learn as we head in to the 2016 preseason. Tomorrow, we head back to Buenos Aires, and then fly out in the evening, for a late morning arrival in Atlanta.