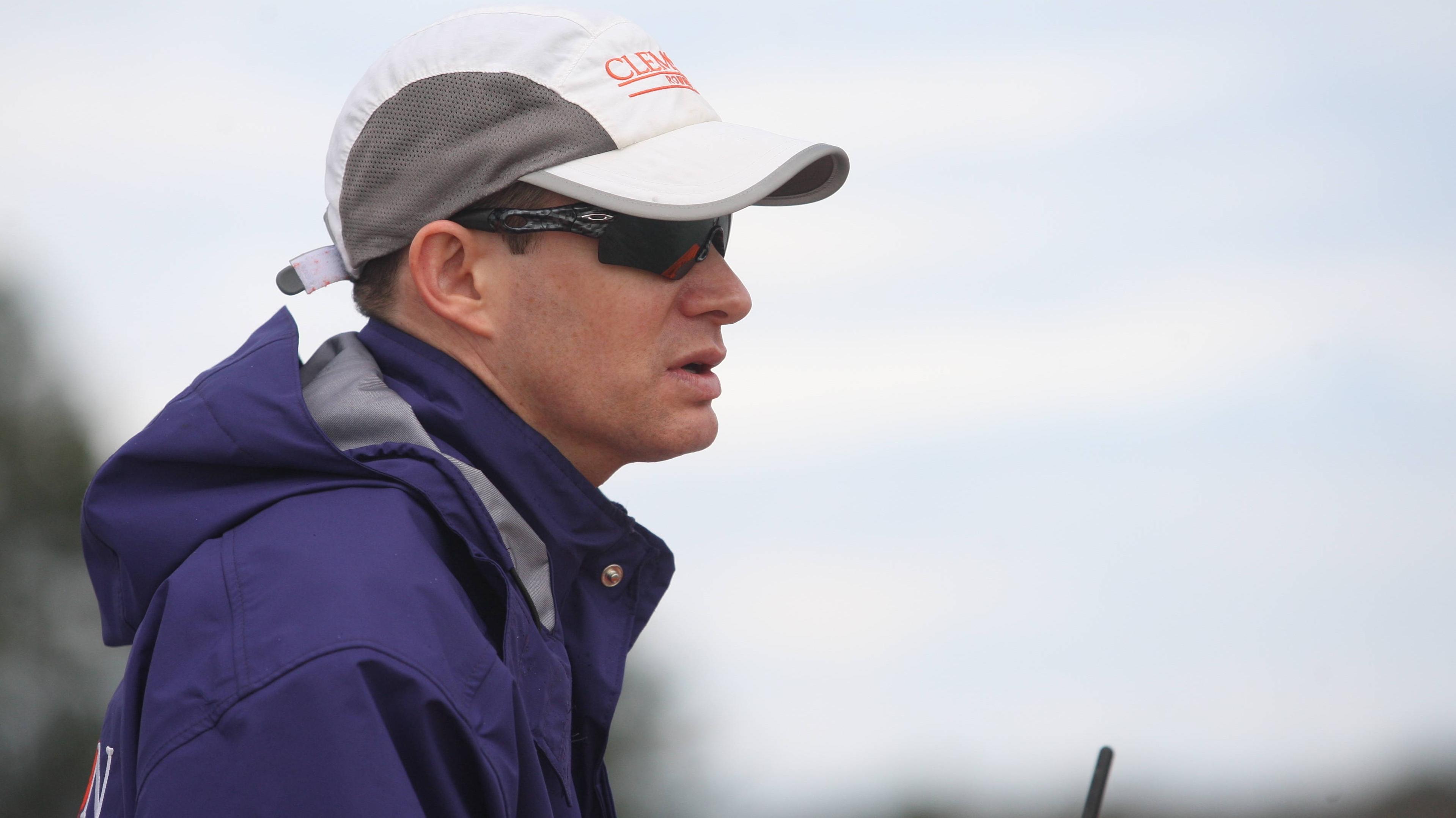 “We finished 20th in the country last year, which wasn’t where we wanted to be,” said Clemson Head Coach Robbie Tenenbaum. “I think the team has worked on just becoming more fit and more technically focused. Our fitness has been able to carry our speed down the racecourse but I think we have had a renewed emphasis on our technique to propel us down the course. I think the two have made a big difference and it is mostly coming from our student-athletes. They are incredibly motivated, especially the seniors, who want to make sure that they end their careers at the NCAA Championships and they are not going to be denied.”

The Tigers competed in two regattas in the fall season, where they recorded three first-places finishes in five races. That success gave the team some confidence and momentum heading into the spring.

“Fall was outstanding for us,” Tenenbaum said. “We did some things differently this fall. We held everyone really accountable and to a higher standard and everyone responded really well. We put some time standards on the rowing machine in order to be allowed to travel and race and nobody wanted to be left out so everyone really stepped up.

“We had a great result at the Head of the Oklahoma and beat a strong Stanford team, which gave everyone a big boost. Overall, we had a competitive fall season which gave everyone confidence and set everyone up to train harder throughout the fall and into the winter.”

The 2012-13 version of the rowing team features 30 returning letterwinners with the addition of 31 newcomers to give the Tiger team a good mix of youth and experience. Clemson also returns its entire coaching staff from last season. Tenenbaum returns for his third season as head coach of the rowing program and fifth season overall. Assistant Coaches Jessica Leidecker and Melanie Onufrieff return for their third and second seasons respectively.

“Anytime you can have great leaders, especially at the top of the program, it really helps. Right now, in the 1st Varsity 8, we have a senior coxswain in Katie Bruggeling along with Heather Cummings, Ameerah Aly and Kate Biladeau, which are all seniors. It really helps to have that maturity level in the 1V8.”

The Tigers also have 11 juniors that will be counted on in the varsity boats as well. All-ACC rower Laura Basadonna and second-team All-American Laura D’Urso are two juniors that will spend their third season in the 1st Varsity 8+.  Along with Basadonna and D’Urso, Stephanie Cameron, Sarah Egan, Maria Jose Gutierrez, Kelsey Igo, MJ Keys, Jackie Kovach, Kathleen Scibelli, Meghan Sisk and Kathryn Wiley add depth to the varsity lineups. The Tigers also have 12 sophomores on the 2012-13 squad that will also compete for spots in the lineups.

“I think our team is a bit better this year,” said Tenenbaum. “We have more people fighting to get into the 1st Varsity 8 and we have never really had that before. We have had kind of a big separation between the 1st Varsity 8 and our 2nd Varsity 8. Now, we have a lot of people fighting to get into the 1V8 and the 2V8 and I think that bodes well for us as we try to be more competitive at the upper end.”

The Tigers will look to fill the Varsity 4+ boats with younger talent this season. The 1st Varsity 4+ won an ACC Championship last season but return only the coxswain from that crew.

“It helps program tremendously to have these international student-athletes. They kids come in and have great experience. They are coming so far to do this and they are highly motivated and it helps the competitiveness of the team. It also helps create a good atmosphere on the team because we have people from all over the state, all over the country, and all over the world and that makes for a unique and special dynamic.”

Clemson will face a schedule that features nine teams that competed in the NCAA Championships in 2012.  The Tigers will open the season with three straight home regattas starting with Duke and Eastern Michigan on March 9. The Tigers will then face Boston University, Indiana, Purdue and Syracuse on March 16 and Alabama and Marist on March 23, both on Lake Hartwell.

The Tigers will then go on the road for two straight regattas. Clemson will travel to Redwood Shores, California, on March 30 and 31 to take on California, Oregon State and Stanford. Two weeks later, they will travel to Cambridge, Massachusetts, to face Boston University, Darmouth and Yale on April 13. Clemson will then host 19 teams in the Clemson Invite on Lake Hartwell on April 20 and 21.

“We are really excited about the upcoming season,” Tenenbaum said. “We have a lot of high quality opponents on our schedule. I think we race nine teams that were at were in the field of 16 at the NCAA Championships last season so we know we are going to be challenged week in and week out. We are just excited to be able to have the skill to put ourselves up against the top teams in the country and give ourselves a chance.”

Clemson will then host the ACC Championships on Lake Hartwell for the fourth straight year and the 11th time overall. In 2012, the Tigers finished second as a team and took an ACC Championship in the Varsity 4+ race.

“We just have a great place to row,” said Tenenbaum. “It’s the best place to row in the conference. It’s only place in the ACC where you can host a six-lane boat race. I think the other teams like coming here as well because it is a very fair course no matter what the conditions are. “