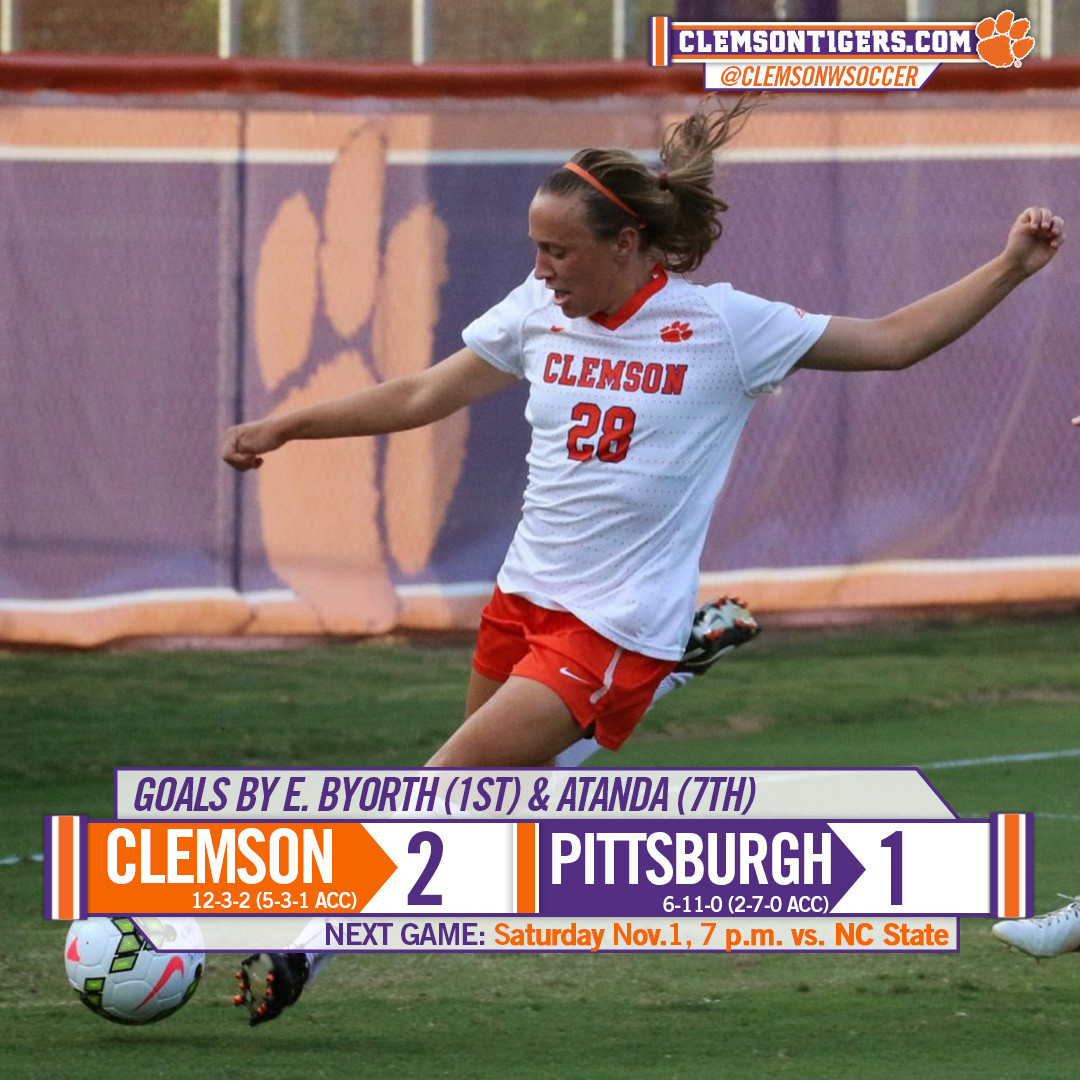 With the win, Clemson has 12 wins in a season for the first time since the 2002 season. The 2002 team finished with 14 wins and an NCAA tournament appearance and was ranked 14th in the final poll. Clemson finishes with a 6-2-1 ledger in road games in the regular season.

Clemson got on the board early as sophomore Emily Byorth netted her first of the year just three minutes into the game. The defender dribbled through traffic and fired a shot from about 25 yards out that landed in the upper right corner of the goal.

The Tigers took the 1-0 lead into the half. Almost 10 minutes into the second half, Pittsburgh senior Riliegh McHugh scored her first goal of the year to even the score. However, less than a minute later Clemson sophomore Catrina Atanda put the Tigers back on top when she scored off a cross from senior Katelyn Reeve. The goal was the midfielder’s seventh of the year as she continues to lead the Tigers in both goals (7) and points (16).

“It’s always good to go on the road and get three points,” said Head Coach Eddie Radwanski. “We started the game off well and it was nice to score an early goal. After we gave up the goal in the second half, it was a good sign to see us rebound and score again quickly. I would have liked to see us put a few more in the net, but to the team’s credit, we found a way to get the win.

“I thought Catrina Atanda played very well, from the first whistle all the way to the end of the game. She did a great job to get her foot on the end of the final ball for the game winner.”

Clemson dominated all statistical categories as the Tigers outshot the Panthers 25 shots to four and had seven corners’ to Pittsburgh’s two. Sophomore goalkeeper Kailen Sheridan finished with two saves.

The Tigers will return to action Sat. Nov. 1 when they host NC State at 7 p.m. at Historic Riggs Field. The game will be Clemson’s senior night and last regular season game of the season.