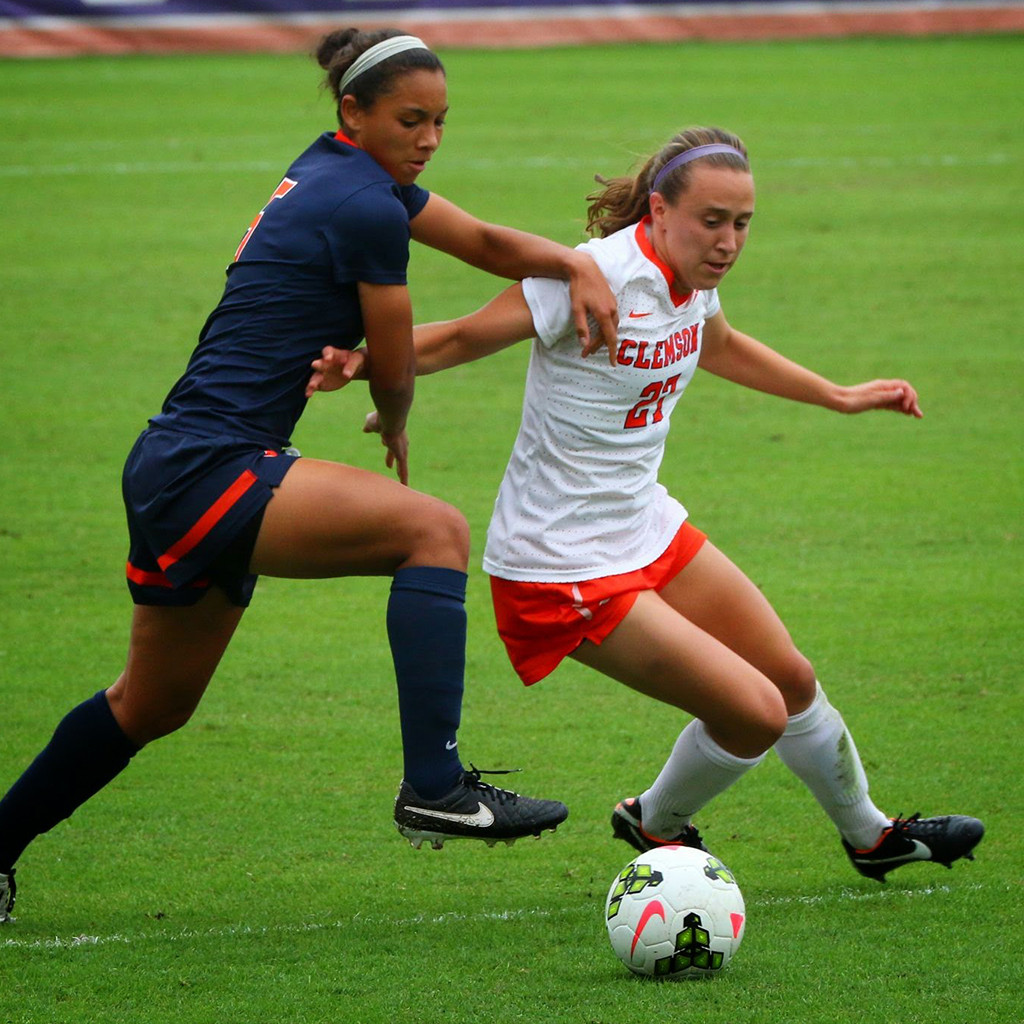 CLEMSON, S.C. – The 17th-ranked Clemson women’s soccer team suffered their first loss in almost a month, falling to #9 Notre Dame 1-0 on Thursday night in South Bend, Ind.  With the loss the Tigers fall to 11-3-2 (4-3-1 ACC) and the Fighting Irish move to 11-4-1 and 6-2 in the ACC.  Entering the matchup Notre Dame was in fourth and Clemson was in fifth in the conference standings.

The lone goal in the game came in the 27 minute when Notre Dame senior Lauren Bohaboy netted her sixth of the year. A Notre Dame shot was deflected off a Clemson defender and Bohaboy collected the ball and sent it into the lower half of the goal past a diving Sheridan.

“I think we came out a bit tentative in the first half and gave Notre Dame a bit too much time and space,” said Head Coach Eddie Radwanski. “We did a decent job of defending, but we were a bit unlucky to concede the goal.

“In the second half, we had a better showing,” Radwanski noted. “We played with more confidence, and I was pleased with the offense. We represented ourselves well in the second half. We have two more games left in the regular season, and we need to go out and take care of business.”

Entering the game both teams had won three in a row against conference foes and had also held opponents scoreless in all three of the wins. Both teams were aggressive in the game at Alumni Stadium, with 33 total fouls and three yellow cards in the game. Sophomore goalkeeper Kailen Sheridan tallied four saves in the game, matching her save total when the teams met up in 2013 at Historic Riggs Field. Bohaboy’s goal was the first goal against the Tigers since the 1-1 tie at Wake Forest on Oct. 4, a tribute to Sheridan and the stingy Clemson defense.

The Tigers travel to Pittsburgh for their last road game of the season Sunday, Oct. 26 at 1 p.m. before returning home for their final regular season game and senior night against N.C. State on Nov. 1at 7 p.m. at Historic Riggs Field.