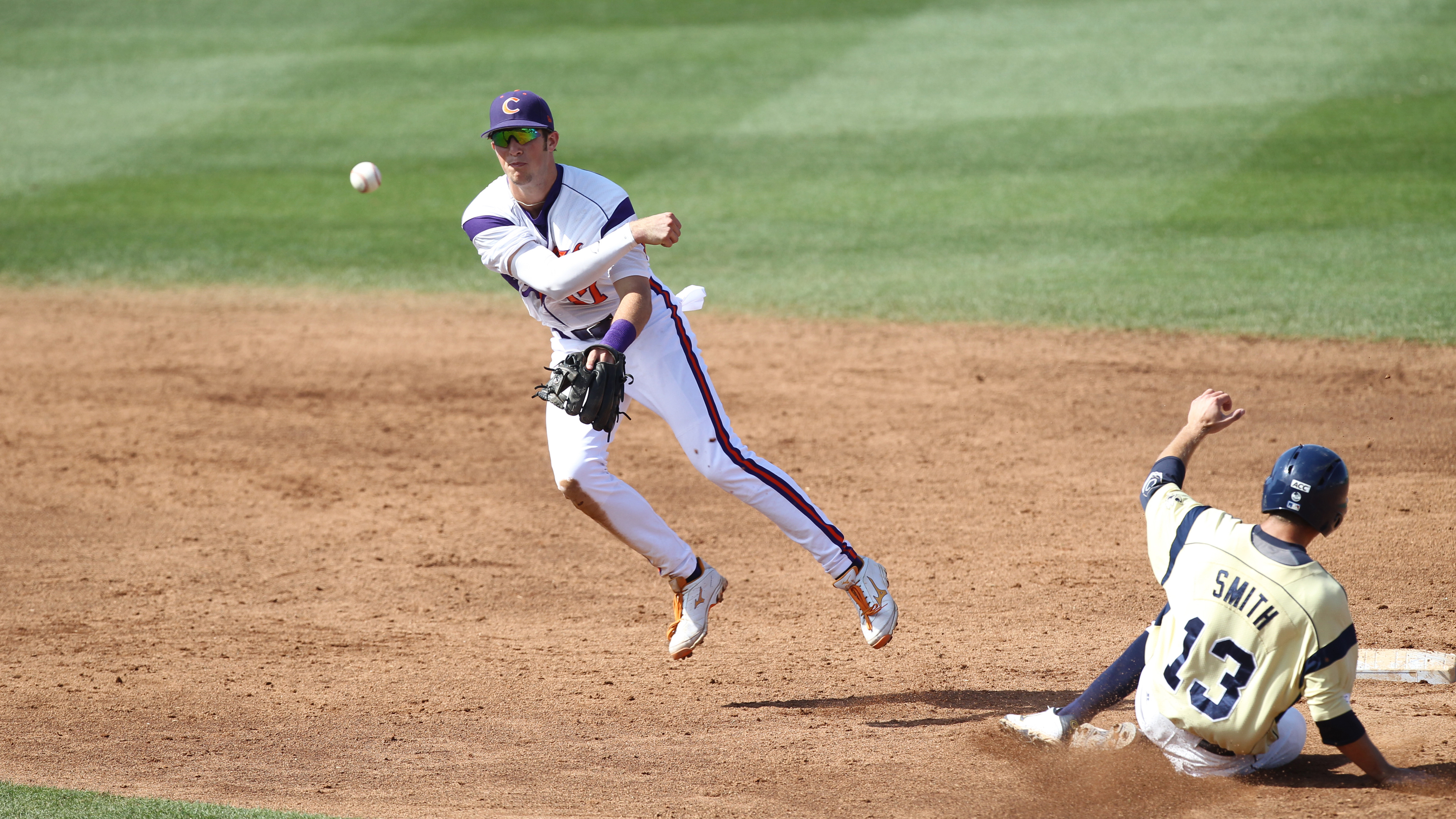 GREENSBORO, N.C. – Dusty Isaacs and Sam Clay limited Clemson to four hits in Georgia Tech’s 3-0 win Friday afternoon in the ACC Tournament at NewBridge Bank Park. The Yellow Jackets (35-25) improved to 3-1 in the ACC Tourney, while the Tigers (36-23) fell to 2-1 in the tournament.

In his first start of the season, Isaacs (7-5) allowed just one hit, no runs and four walks with seven strikeouts in 5.0 innings pitched to earn the victory. Clay pitched the final 4.0 innings to record his eighth save of the year. Tiger starter Clate Schmidt (5-7) suffered the loss despite yielding eight hits, two runs and one walk with six strikeouts in a career-long 8.1 innings pitched.

The Yellow Jackets got on the scoreboard in the fifth inning after loading the bases with no outs. Thomas Smith followed with a single to score Daniel Spingola, but Clemson escaped further damage by not allowing another run in the frame. Georgia Tech added two insurance runs on Mott Hyde’s two-run homer in the ninth inning.

Despite the Tigers’ 2-1 record in the ACC Tournament, they cannot advance to the championship game even though Clemson will tie for the best record in its bracket. The NCAA Selection Show is Monday at noon on ESPNU.