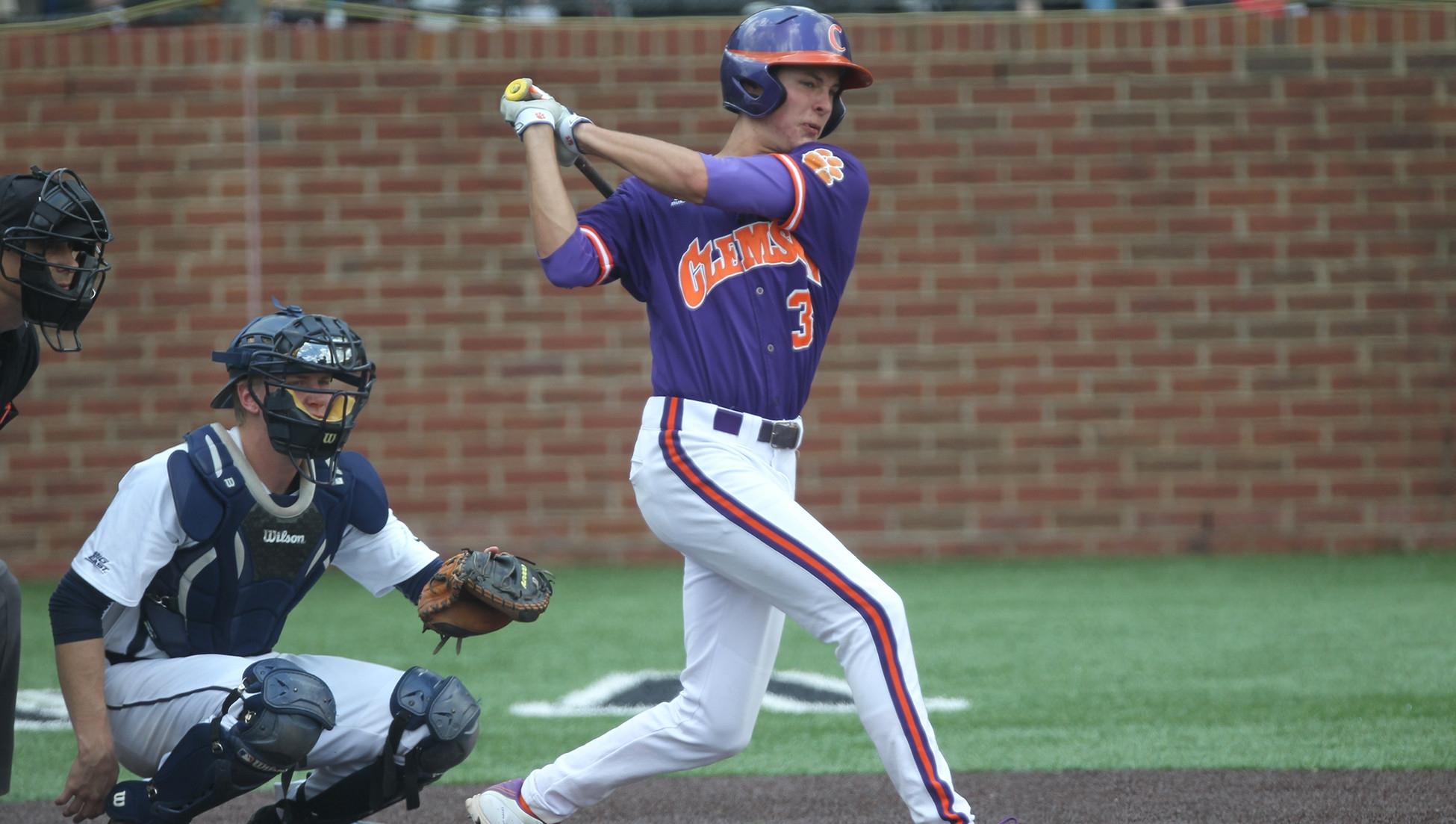 NASHVILLE, TENN. – Daniel Rizzie’s two-out double in the fifth inning scored Mitch Elliott for the go-ahead run and Xavier held on for a 6-4 win over Clemson in the Nashville Regional at Hawkins Field on Saturday afternoon. Xavier improved to 30-28 and stayed alive in the regional, while the Tigers’ season came to an end with a 36-25 record and 27th NCAA Tournament appearance in the last 28 years.

In the first-ever meeting between the two schools, Clemson scored single runs in the fourth and fifth innings, capped by Steven Duggar‘s two-out, run-scoring single in the top of the fifth inning, to take a 2-1 lead. But Xavier rallied with two runs in the bottom of the fifth inning to take the lead for good. After a 108-minute lightning delay, Xavier scored three runs in the seventh inning to up its lead to 6-2. Steve Wilkerson belted a two-run homer, his sixth long ball of the year, in the eighth inning, but it was not enough.

Xavier starter Scott Klever (7-6) earned the victory by allowing six hits, two runs and two walks with one strikeout in 6.1 innings pitched. Sean Campbell pitched the final 2.2 innings to record his first save of the season. Tiger starter Daniel Gossett (7-2) suffered the loss.