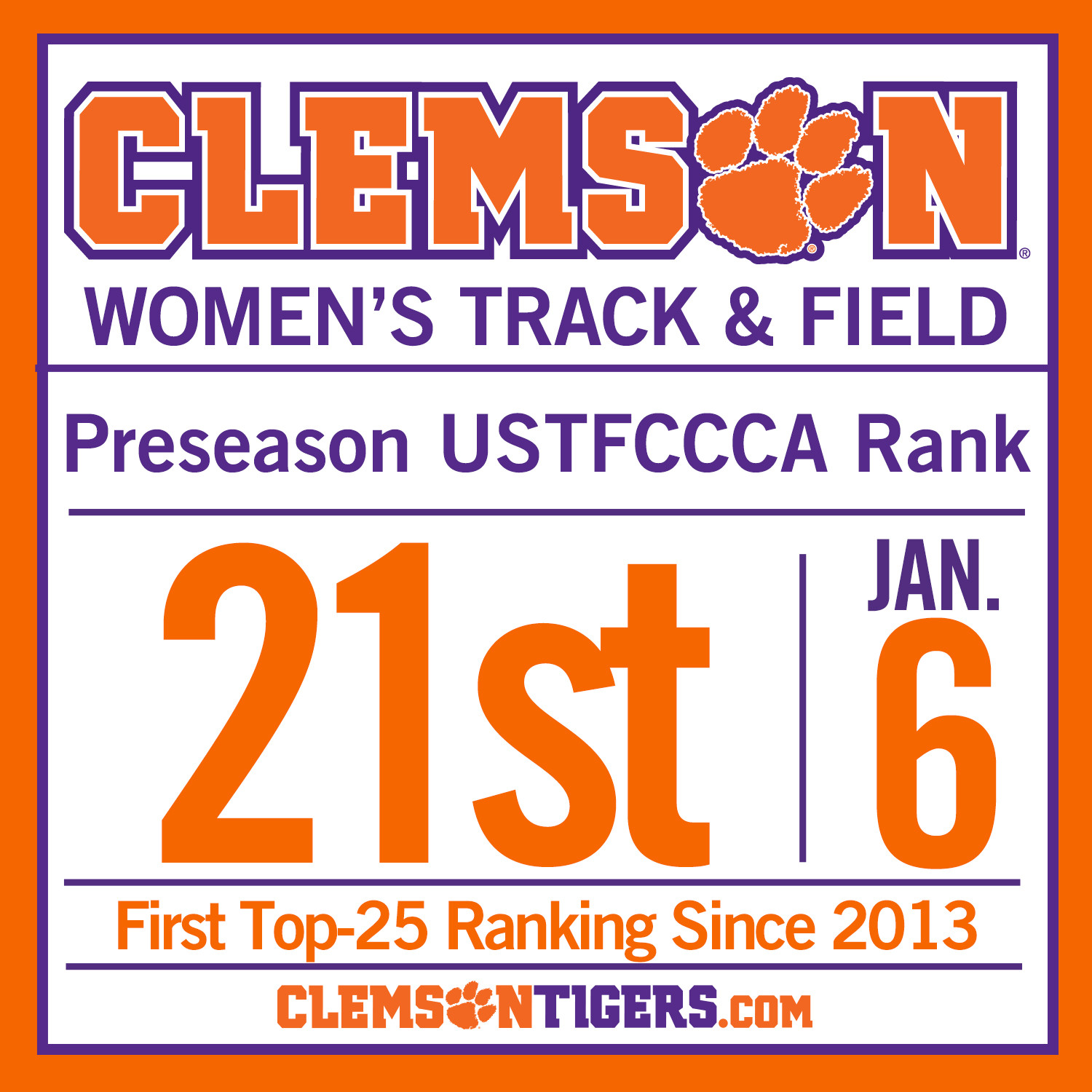 CLEMSON, S.C. — The preseason national rankings were released Monday afternoon by the U.S. Track & Field and Cross Country Coaches Association (USTFCCCA), and Clemson’s women were No. 21 in the inaugural 2015 season release. It is the first time the Tiger women have been ranked in the top 25 since finishing ninth at the 2013 NCAA Outdoor Championships. Florida, Texas A&M and Oregon represent the top three in the preseason women’s rankings.

“Last season, because of our lack of depth, we couldn’t represent all the disciplines we had in track and field,” said head coach Mark Elliott. “But this year, based on our signing class and who we have returning, that won’t happen. We can be even better than our preseason ranking, but we have to work for it.”

Elliott’s second season promises to yield a much deeper team on the women’s side than he had in 2014. It all starts with LSU transfer Natoya Goule, who sat out the 2014 indoor and outdoor seasons as a redshirt. She won NCAA titles in the 800 meters both indoor and outdoor in 2013 in her only season in Louisiana.

In addition to Goule, the Tigers added impact transfers in the sprints and hurdles for 2015. Samantha Elliott joins the squad after a successful Division-II career at Johnson C. Smith, while Myasia Jacobs has been added to the short sprints after two seasons at the University of Georgia.

Also returning for the Tigers this indoor season are a number of contributors in the field events, particularly the jumps. Mimi Land was a first-team indoor All-American in the high jump, and an All-ACC performer in the triple jump. She is joined in the horizontals by a pair of talented sophomores, Iana Amsterdam and Anasterasia Terrell. The unit also receives a boost this season from Indiana transfer Sarah Maxson, who leapt 5-10 in 2014 in the high jump.

The Clemson men, also expected to field a deeper squad this season, were 36th in the initial USTFCCCA rankings released Monday.