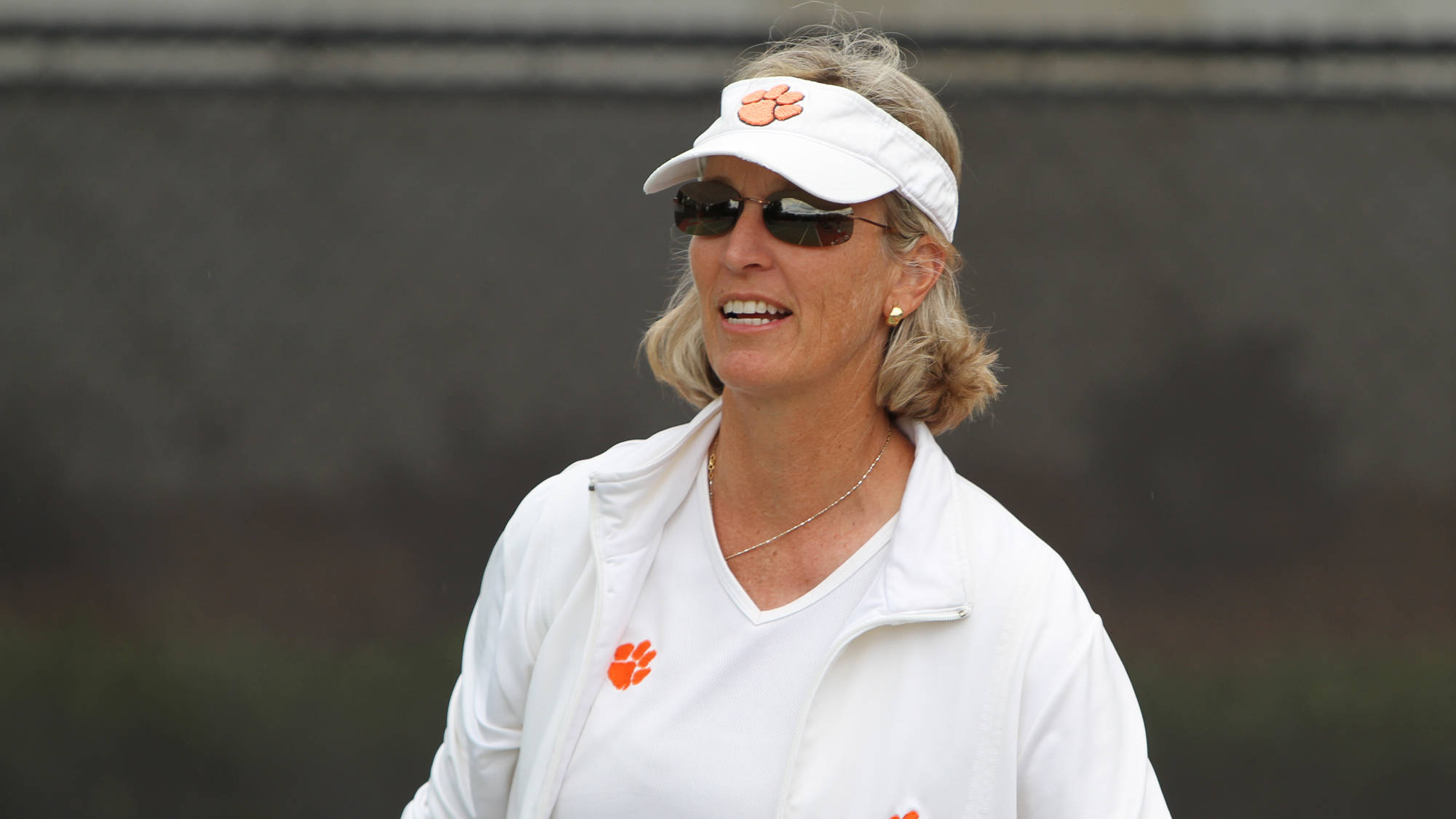 CLEMSON, SC – The Clemson women’s tennis program has announced their 2012-13 schedule on Tuesday. Head coach Nancy Harris will have a young group to navigate what could be the toughest schedule in the nation. The slate includes nine matches against teams that finished in the top-20 in 2012, including a trip to defending National Champion Florida. The Tigers open the fall tournament season on Sept. 21, playing at the Furman Fall Classic. They will then send individuals to an ITF Circuit event Gainesville, FL. The only home date in the fall will be the Duckworth Family Fall Classic, which will be held Oct. 12-14 at the Hoke Sloan Tennis Center. The ITA Regional Championships will be from Oct. 18-22 in Winston-Salem, NC, and players are trying to earn a spot at ITA Individual National Championships, which are held in Flushing, NY in November. The Tigers will then have nearly two months away from intercollegiate compeition as they prepare for the spring dual match season. They’ll host the Clemson Winter Indoor Classic Jan. 18-20, and will play their first dual match on Jan. 25 at the ITA Kickoff Weekend in Tuscaloosa, AL. Home matches with Georgia and South Carolina start February play, with a trip to the ITA Team Indoor Final 16 possible from Feb. 8-11. At the end of the month, Clemson will travel to Gainesville to take on Florida and Stanford on back-to-back days. Those two teams played for the National Championship in 2012, with Florida claiming the title. The Tigers play their ACC opener against Florida State on Mar. 1, and will also play Miami that same weekend on Mar. 3. The Tigers will then head home for five of the next six, including dates with Georgia Tech, Baylor, Maryland, Boston College, and Furman. All of these are sandwiched around a spring break training trip to Orlando, during which they’ll play Georgia State on a neutral court. With the turn of the month comes a trip to North Carolina (Apr. 6) and Duke (Apr. 7), each of whom finished last season in the top-eight nationally. Clemson will play Virginia Tech and Virginia at home before closing the regular season at NC State and Wake Forest on Apr. 20-21. The ACC Championships will be held Apr. 25-28 at the Cary Tennis Center in Cary, NC. The NCAA Championship regionals begin on May 10, while the Final 16 and Individual Championships will be from May 16-26 in Champaign, IL. Clemson returns just two letterwinners from last season – Romy Koelzer and Beatrice Gumulya – and welcomes the No. 7 recruiting class in the nation, according to tennisrecruiting.net.