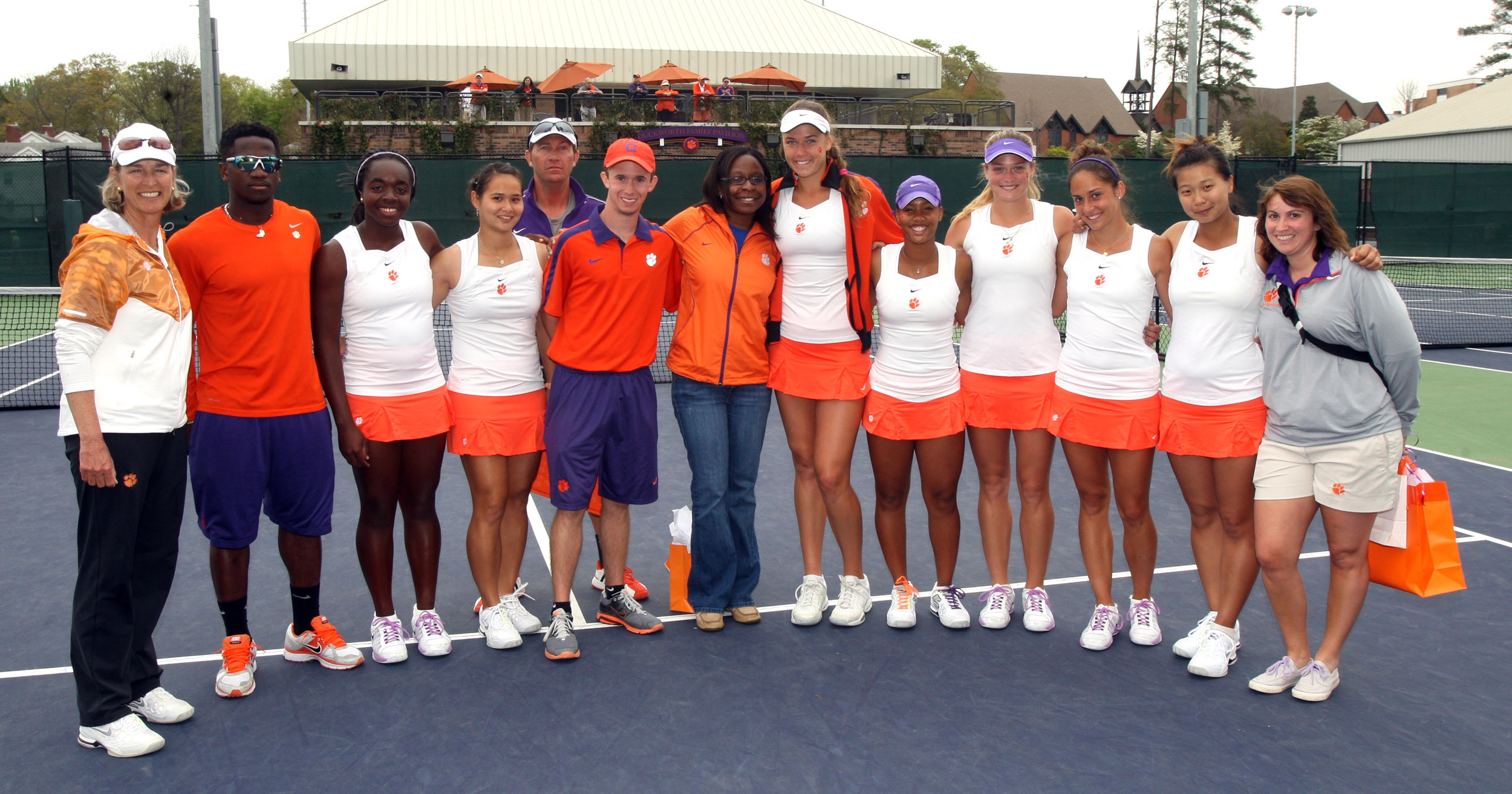 CLEMSON, SC – Clemson earned a bid to the 2013 NCAA Women’s Tennis Team Tournament during the NCAA Selection Show on Tuesday. The Tigers will stay at home for the first two rounds with an at-large selection as the No. 13 National Seed. The bid marks Clemson’s 12th straight selection to the Tournament, and 21st all-time.  Clemson will host a regional for the first time since 2010, which was the last in a run of seven straight seasons that the Tigers hosted the First and Second Rounds. The Tigers will play Eastern Kentucky (19-6) in the First Round. The winner will advance to play the winner of the match between No. 38 Indiana (18-9) and No. 18 Vanderbilt (15-11).  The Tigers are 14-7 overall, and finished with a 9-2 record in the ACC, and are ranked 11th in the nation according to the ITA Poll. Sixteen of Clemson’s 21 matches this season came against teams who were selected to the NCAA Tournament.  The NCAA takes 64 teams to the annual tournament, which will be held on campus sites for the first two rounds, taking place May 10-11.  The third round through the team Championships, as well as the individual tournaments, will be held at the Khan Outdoor Tennis Complex, hosted by the University of Illinois from May 16-27. The Tigers have been selected to the NCAA Tournament in each of the previous eleven seasons, and have seen much success in that period, accumulating a 22-11 record in tournament play, including a first round win in all 11 seasons. In fact, in the past nine seasons, Clemson has reached seven Sweet Sixteens and advanced to Final Fours in 2004 and 2005.  The Tigers do not have any juniors or seniors on their current roster.