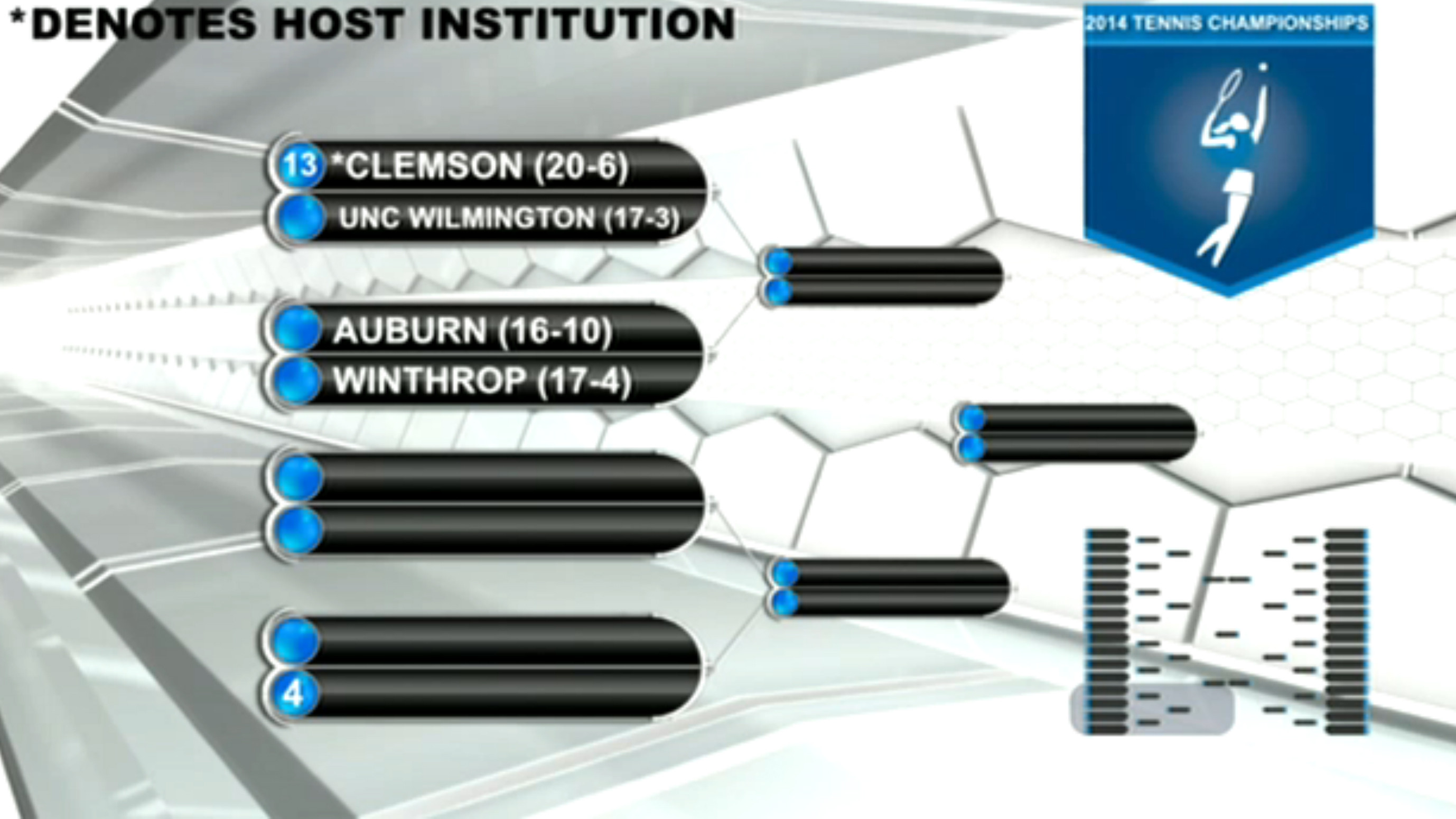 Tournament Schedule: May 9 – First Round 10 a.m. – (2) Auburn vs. (3) Winthrop 1 p.m. – (1) Clemson vs. (4) UNCW May 10 – Second Round 1 p.m. – Winners of First Round matches Tickets: (Available on site the day of the match) Adults: $5 High school students and younger: $3 Clemson students: $3 Parking: Fike Lot and Lot 2A CLEMSON, S.C. – For the 13th consecutive season, Clemson has earned a bid to the NCAA Team Championships as announced on the Selection Show on NCAA.com Tuesday evening. Clemson, the No. 13 national seed, has been selected to host the first and second rounds for the eighth time in the last ten seasons. The bid is the 22nd in program history and 15th in 17 seasons under Head Coach Nancy Harris. Joining Clemson (20-6) in the region are UNC Wilmington (17-3), Auburn (16-10) and Winthrop (18-4). The Tigers will play Wilmington in the First Round. The winner will advance to play the winner of the match between No. 29 Auburn and No. 58 Winthrop.  The Tigers are 20-6 overall and tied for the regular season league championship with a 12-2 record in the ACC. Clemson is ranked 12th in the nation according to the ITA Poll. Fifteen of Clemson’s 26 matches this season came against teams who made the tournament, including ten wins.  The Tigers have been selected to the NCAA Tournament in each of the previous twelve seasons, and have seen much success in that period. The program has accumulated a 24-12 record in tournament play in that time, including a first round win in all 12 seasons. In fact, in the past ten seasons, Clemson has reached eight Sweet Sixteens and advanced to Final Fours in 2004 and 2005.  The NCAA takes 64 teams to the annual tournament, which will be held on campus sites for the first two rounds, taking place May 9-10.  The third round through the team Championships, as well as the individual tournaments, will be held at the Dan Magill Tennis Complex, hosted by the University of Georgia from May 15-26. The selections for the individual championships will be revealed on Wednesday after 6 p.m.