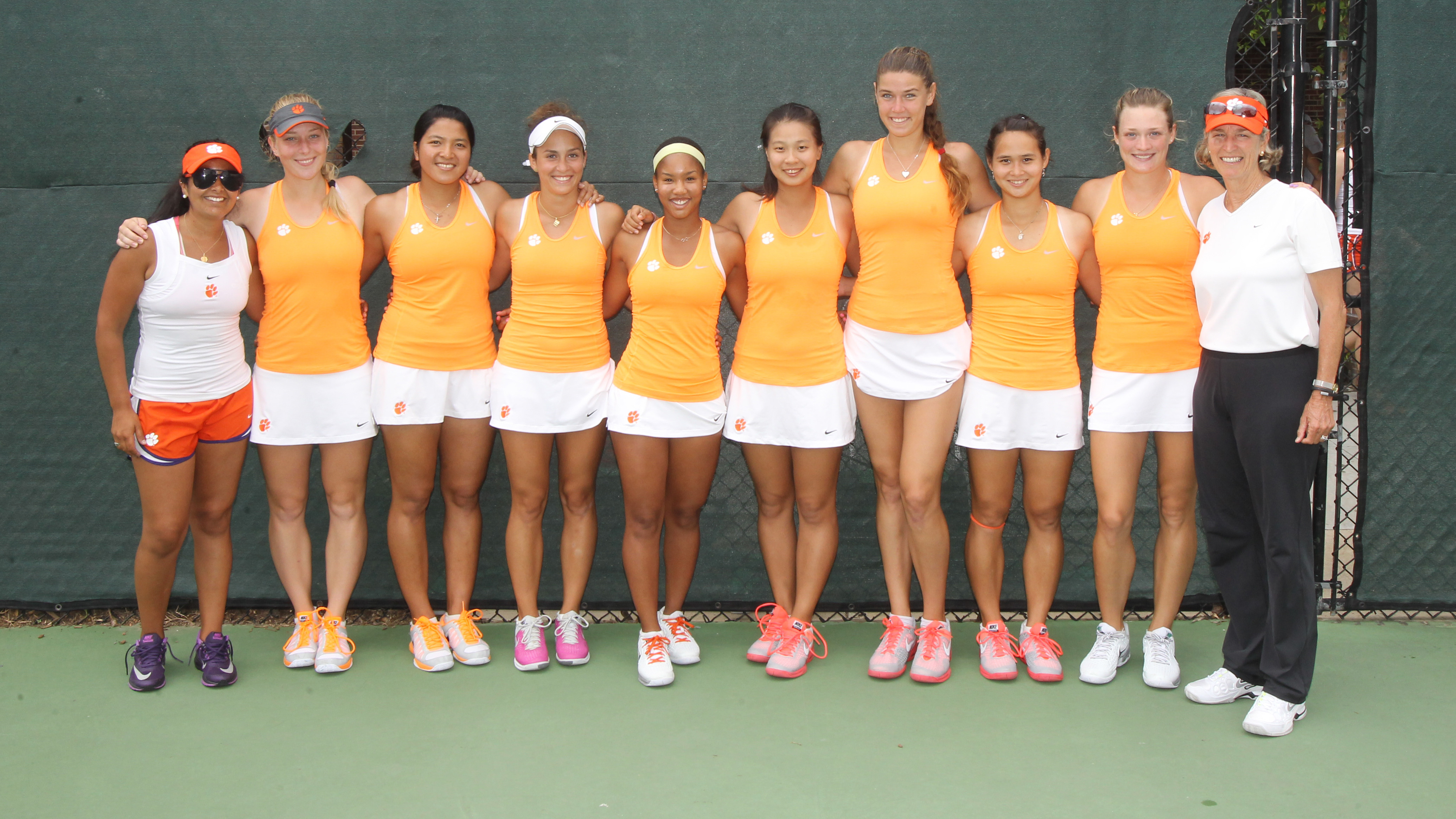 CLEMSON, S.C. – For the eleventh time in the past 12 seasons, the Clemson women’s tennis team finished the season ranked among the top-20 teams nationally in the final Intercollegiate Tennis Association poll, as released on Tuesday. The 2014 squad, which went 22-7 and earned a share of the ACC Regular Season championship with a 12-2 record, closes the year ranked 13th.  It’s the 28th time in school history that the team has finished in the top-25, which includes every season since 2002, all under 2014 ACC Coach of the Year, Nancy Harris. The No. 13 final national ranking is the second-best for any Clemson team in the 2013-14 athletic year, behind the football program, which finished as high as seventh in the USA Today Coaches Poll.  The Tigers advanced to the NCAA Round of 16 this year, and won its first-ever match over a number-one ranked team (Duke). Clemson had six wins over teams ranked among the top-25 nationally in the final poll, including No. 2 Duke, No. 3 North Carolina, No. 11 Vanderbilt, No. 17 Michigan, No. 18 Georgia Tech and No. 19 Notre Dame. Six of Clemson’s seven losses were to teams ranked in the top-12 in the final poll. Fourteen of the 15 ACC schools finished among the top-75 in the final ranking as well.