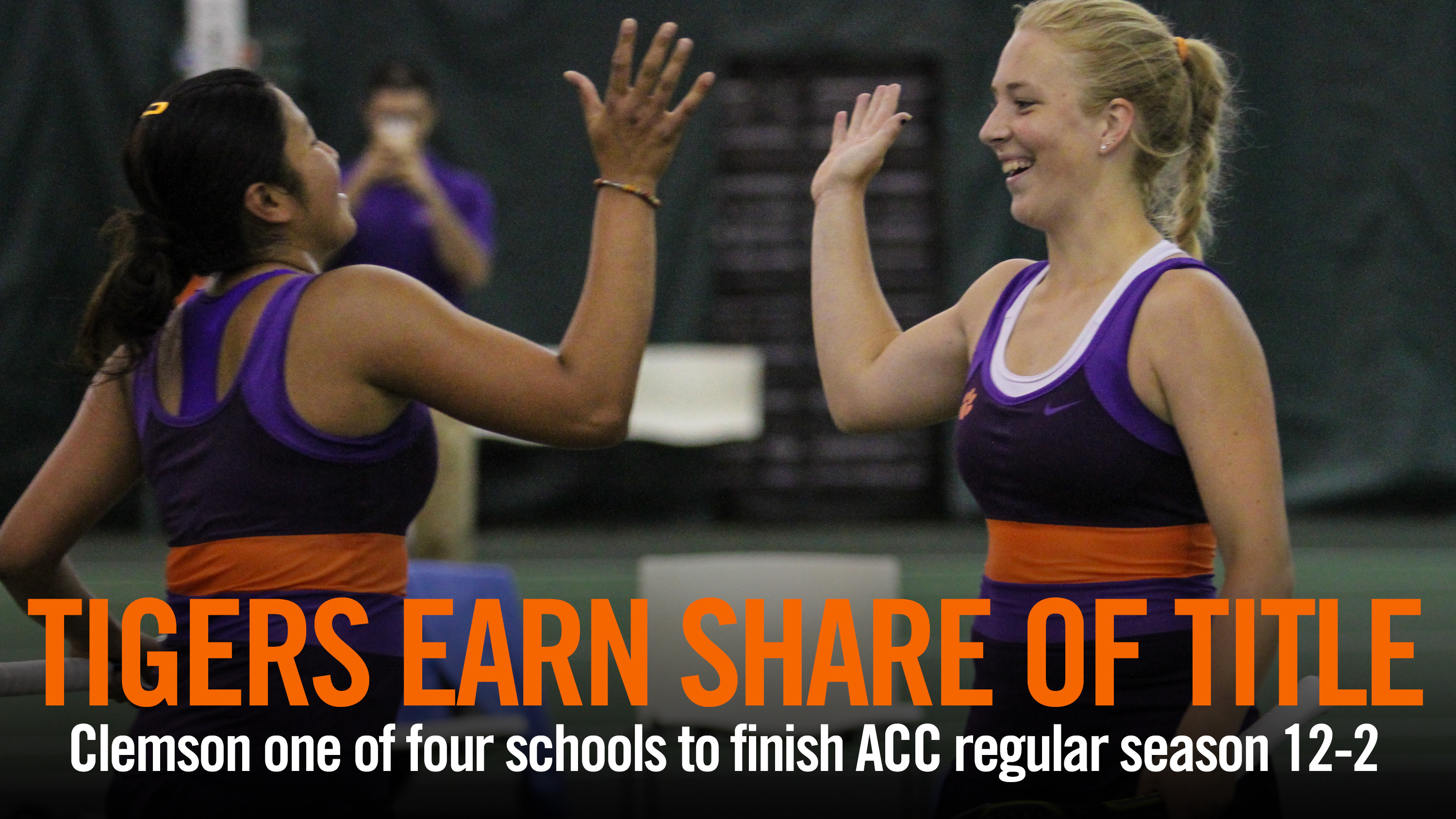 CLEMSON, S.C. – Thanks to two wins over top-ten league opponents this week, Clemson finished tied atop the ACC regular season standings with Virginia, Miami and North Carolina at 12-2. After tiebreakers are applied, North Carolina enters the the 2014 ACC Women’s Tennis Championships as the top seed, followed by (2) Miami, (3) Virginia and the (4) Tigers.

The top four seeds all receive double-byes in the 15-team tournament, which opens Wednesday at the Cary Tennis Park in Cary, N.C. The Tigers (20-5, 12-2 ACC) closed the regular season this week with dramatic home wins over top-ranked Duke and No. 7 North Carolina.

This is Clemson’s first regular season title of any kind since sharing the 2007 championship with Georgia Tech at 10-1. The conference considers the tournament winner its official champion, which Clemson last claimed in 2008.

Entering the final day (Sunday) of the season for the conference, Clemson had a top-four seed locked up, but waited on the result of the Virginia vs. Miami match in Coral Gables, which Miami won, 5-2. Miami’s win set up a four-way tie for the regular-season title. Had UVa won, the Cavaliers would have won the league outright.