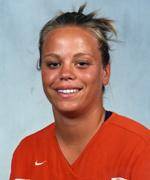 The Clemson women’s soccer team is set to play host to the Clemson/Nike Invitational this weekend and the Lady Tigers welcome seventh-ranked Texas, Furman, and Alabama-Birmingham to Historic Riggs Field.

Clemson is currently 2-0 on the season after it defeated South Carolina last Friday night by a score of 1-0. Freshman Kelly Schneider netted the game-winning goal, the first of her career, six minutes into the first overtime period to give the Lady Tigers the victory in front of a record crowd.

The Lady Tigers continued their winning play this week as they defeated Wofford 6-2 on Monday night. Sophomore Allison Graham led the attack for Clemson as she scored two goals and added an assist for the Lady Tigers.

Texas, Furman, and UAB will be joining Clemson this weekend at Historic Rggs Field. Texas is currently ranked seventh in the nation and sports a 1-1 record, defeating East Carolina 5-3 and losing to Duke 3-2. This match will mark the first-ever meeting between the two schools.

UAB enters the weekend with a 1-1 record. After losing their season opener to Auburn 3-0, the Blazers defeated Alabama 2-1. The match with Clemson on Sunday will mark the first-ever meeting between the two schools.

Furman also come into the weekend with a 1-1 record. The Lady Paladins lost 1-0 when they traveled to face Michigan State. Furman evened its record on Tuesday night as it defeated South Carolina 1-0 in Columbia. Because the two schools will meet on October 7, Clemson and Furman will not play this weekend.