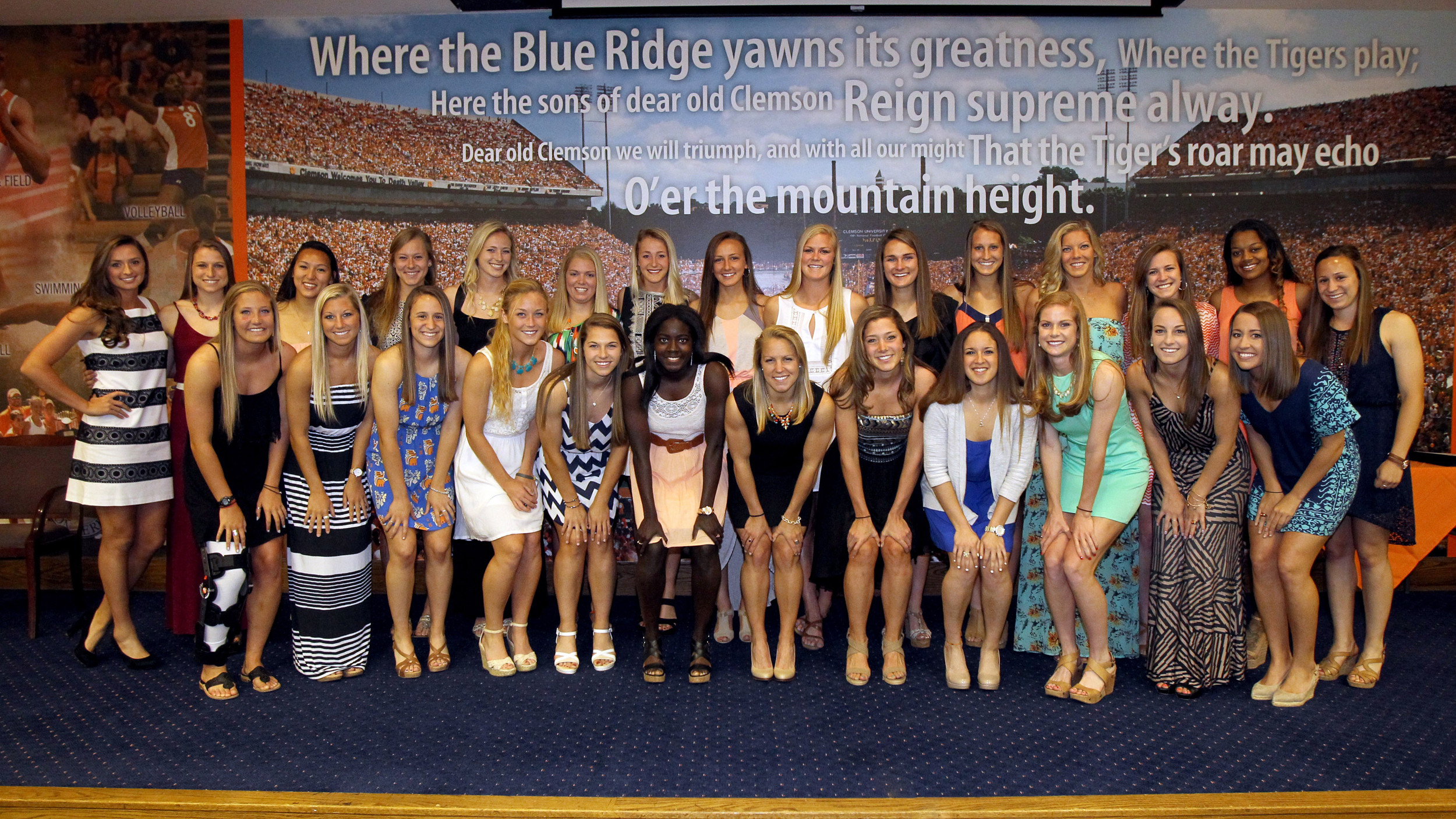 The Clemson women’s soccer team held its annual awards banquet on Sunday, April 6 to officially wrap up a successful 2013 campaign.  The team, staff and their families celebrated both academic and athletic achievements from the season.

On the academic side, an amazing 25 team members received Academic Honor Roll recognition, which played no small part in the team having the highest cumulative team grade point average in the entire athletic department for the fall 2013 semester.  In addition, team captains Vanessa Laxgang and Katelyn Reeve received All-ACC Academic Team recognition.

Goal of the Year honors went to Laxgang for her super strike vs. Florida State at Historic Riggs field on September 29.  Running onto a pass from freshman Claire Wagner, Laxgang hit a dipping first time volley over the goalkeeper to the back post.

Watch the top five goals of the 2013 season, including Laxgang’s Goal of the Year, which is #2 in the video:

The Newcomer of the Year award went to Sheridan.  The rookie started all 19 games in goal for the Tigers and finished the season with seven shutouts.  She was also named to the national TopDrawerSoccer.com Freshman Best XI First Team, as well as the Soccer America All-Freshman Second Team.

The Defensive MVP award was shared by two freshmen, Gabby Byorth and Sheridan.  Like Sheridan, Byorth also started all 19 games for the Tigers, at right back.

The Coaches award was received by freshman defender Claire Wagner.  Wagner led the team in minutes played during the season and was recently called into camp with the U.S. U-20 National Team.

Earning the team’s Most Valuable Player Award was Laxgang.  A four year starter for the Tigers, Laxgang saved her best for last, as she raised her output in every statistical category in 2013, playing a key role in the resurgence of the program.

A complete list of the 2013 award winners is below.