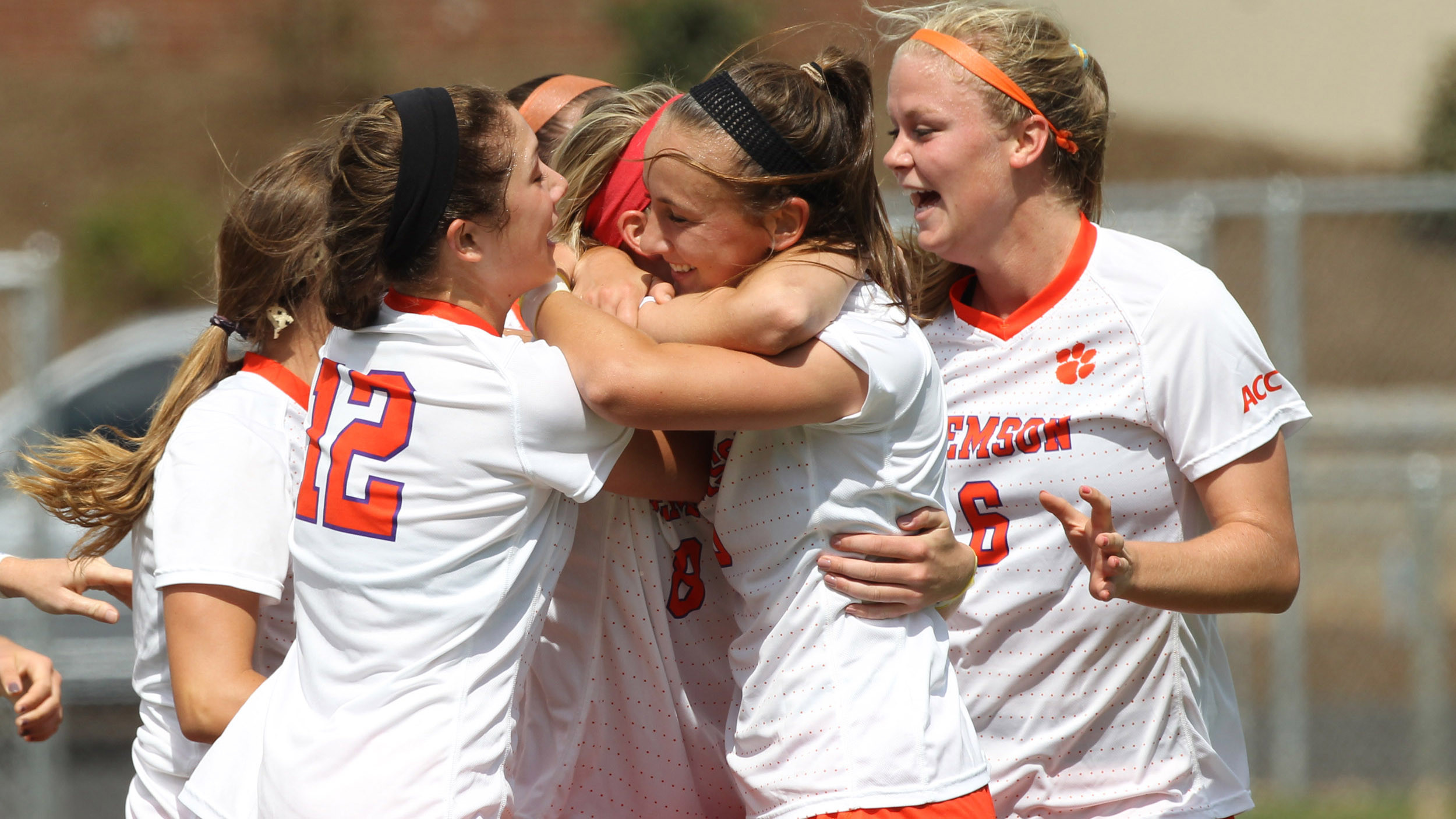 CLEMSON, SC – The Clemson women’s soccer program earned a 3.54 cumulative team grade point average for the fall semester of 2013. It was the highest GPA among all Clemson teams for the semester, thus earning the program Clemson’s Academic Team Award. The honor is especially impressive given that the Tigers achieved the grades during the fall, when they were in season.

“I am really proud of this team, especially in light of doing this during the season,” said head coach Eddie Radwanski. “We have a great group of student-athletes and are beginning to show that we can compete on and off the field. I appreciate the commitment and effort these players are bringing every day. It sets a wonderful example for incoming players as well. These are the types of people we are bringing in to Clemson University. It is a new culture, and we are proud of what we are doing.

“I would also like to recognize and thank the staff at Vickery Hall, in particular our academic advisor Ginty Porter, for providing such great support to our student-athletes.”

The Tigers finished the 2013 season with a 7-8-4 overall record and a 4-7-2 mark in the Atlantic Coast Conference. The four wins and two ties, including one versus #3 Florida State, in a conference which had four teams ranked in the top five nationally and eight in the top 25 of the final poll of the season, showed significant improvement after the team posted just one conference win in 2012.