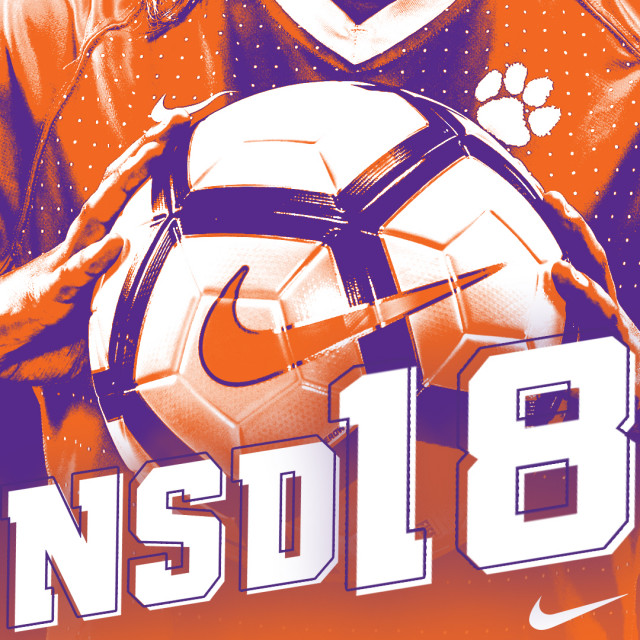 “I am really looking forward to the arrival of the 2018 class to Clemson,”said Head Coach Eddie Radwanski. “This group will bring a tremendous amount of positional versatility to our team. Together they share that drive and inner strength required to compete in the ACC. Most importantly they are a wonderful group of people. As student-athletes they will embrace the responsibility of representing Clemson the right way on and off the field.”

Radwanski: “This kid is a fighter! Terrific competitive mindset. Versatile and quick off the dribble, can play anywhere on the left-side of the field. A two-way player, she will do what it takes to help the team.  Played with FC Stars of Mass and Coach Jason Dewhurst.”

– Division 2 North Player of the Year

Radwanski: “One of the smarter players in the country, calm, composed, technically confident on the ball.  Sydney is a great fit for our style of play! Can play in the back and in midfield. Played for the Internationals SC & Coach Keri Sarver.”

– Competed in Belfast, Northern Ireland and Australia with the U18 WNTTraveled and competed with the U19 WNT in Duyan, China and Prague, Czech Republic

Radwanski: “Left-footed player with a terrific soccer brain, can play in a number of positions, great striker of the ball, dangerous on set-pieces. Renee Played for Coach Andrew Hyslop at CESA.”

– Member of the National Honors Society, and Beta Club

Radwanski: “Dynamic attacking player, good on the dribble with the ability to unsettle defenses. Brooke will fit in well with our attacking group. Plays for Coach Tomasz Kluszczynski and South Carolina United SC.”

Radwanski: “Strong and versatile midfield player. Confident on the ball, excellent range of passing.  Grace’s work ethic and high soccer IQ will make her a valuable asset for our team…Looking forward to her contributions. Sister of former Clemson player Claire Wagner. Played with NC Courage and Coach Sean Nahas.”

– Top Draw Soccer Nationally Ranked for the recruiting class of 2018