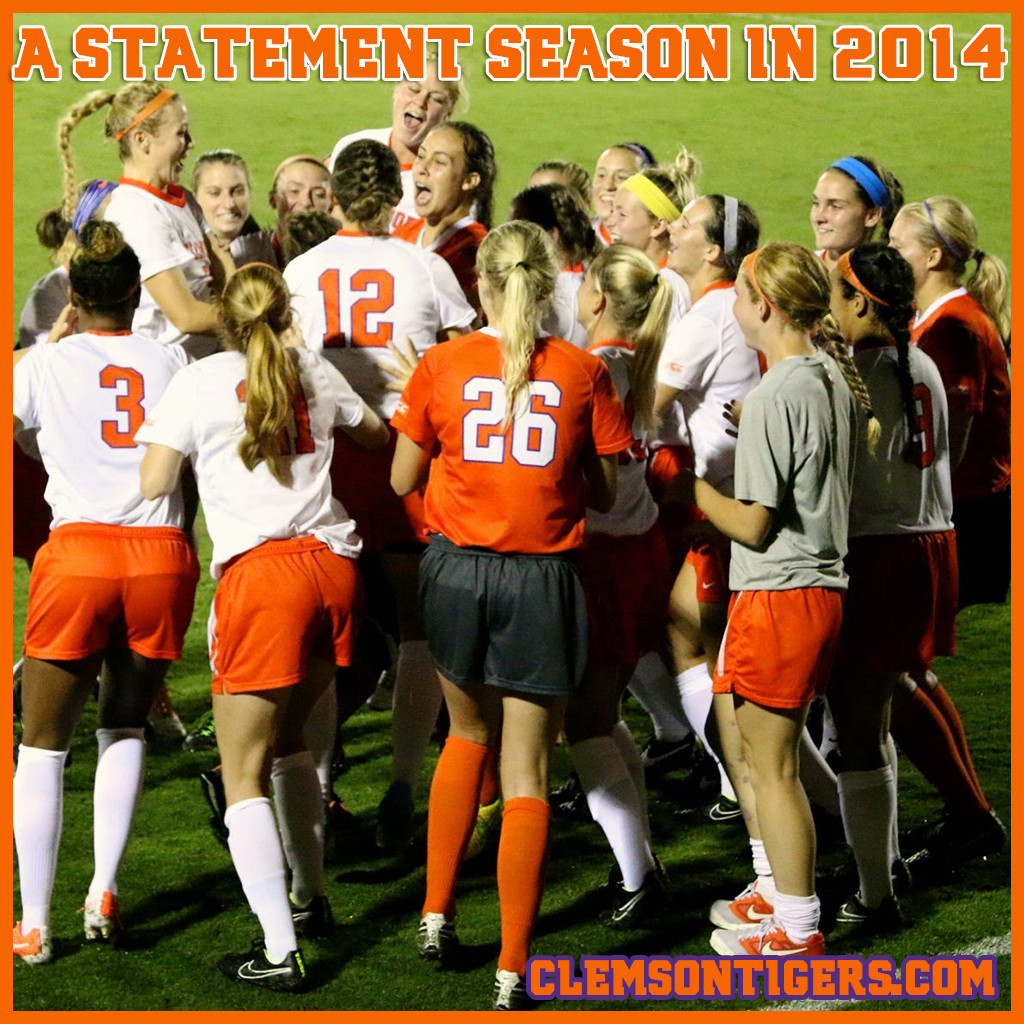 The Clemson women’s soccer program made a statement with its 2014 season. The members of the team and staff told the world that #ClemsonIsBack. It was a season filled with “firsts since” and even some “firsts ever,” for the Tigers, including the team’s first 13-win season since 2002 and its first trip to the NCAA Tournament since 2007.

Here are a few more of those notable items:

The improvements weren’t only tangible, however, especially to those that have followed the program closely over the last several years. The 2014 team had an air of confidence. It wasn’t overconfidence; it was simply a belief that they were capable of winning any time they stepped on the field.

It’s a confidence and a belief Eddie Radwanski and his assistants, Jeff Robbins and Siri Mullinix, spent three and a half years working to build in the team. And it’s one that the Tiger head coach felt the presence of even before the 2014 season began.

In a preseason interview, when asked about his goal for the 2014 team, Radwanski’s answer was simple and straightforward.

On Nov. 14, the Tigers concluded a season in which they achieved Radwanski’s goal. And while the season did not have the ending they wanted – they played to a 0-0 draw against #18 South Carolina in the first round and the Gamecocks advanced on penalty kicks – the future looks so bright for this team.

The Tigers’ starting lineup this season included one freshman, seven sophomores, one junior and two seniors, so the team will return nine starters next fall. In addition, the team’s top eight scorers are returning, including four players with 10 or more points on the season: Catrina Atanda (20), Salma Anastasio (13), Tori Andreski (10) and Shannon Horgan (10).

On the defensive side, two-time All-ACC goalkeeper Kailen Sheridan will be back for her junior season, along with three of the four members of the back line (Emily Byorth, Gabby Byorth and Claire Wagner) that allowed just 10 goals, 107 shots, 51 shots on goal and 35 corner kicks in 2014. Those numbers are the fewest allowed in those four categories in program history.

Not only is Clemson back, but the Tigers aren’t going anywhere. And it’s not much of a stretch to think that next preseason, Radwanski’s goal for his team is going to include more than just making the NCAA Tournament.

Click here to view the entire 2014 season in pictures.