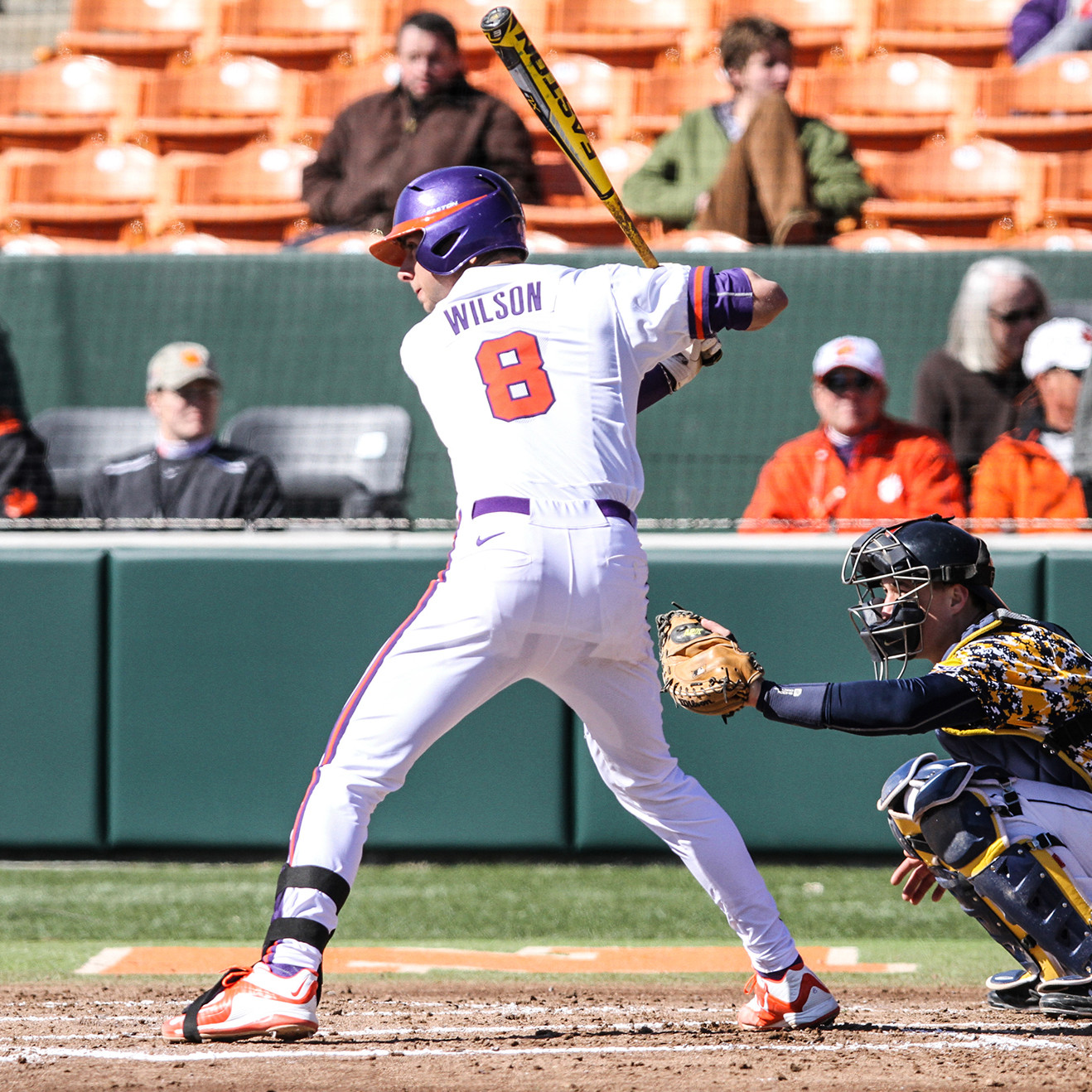 Wilson hit three home runs with seven RBIs in just three games last week to lead Clemson to two wins, including an 11-4 win over No. 10 South Carolina on Friday night. He went 2-for-4 with a homer and three RBIs in Clemson’s 11-5 win over a 7-0 Wofford team Wednesday, then belted two homers with four RBIs in the Tigers’ win over the Gamecocks (6-1 record) on Friday.

On the week, Wilson was 4-for-12 with three runs and a 1.083 slugging percentage. On the season, he is hitting .306 with one double, three homers, nine RBIs, four runs and two steals in nine games.