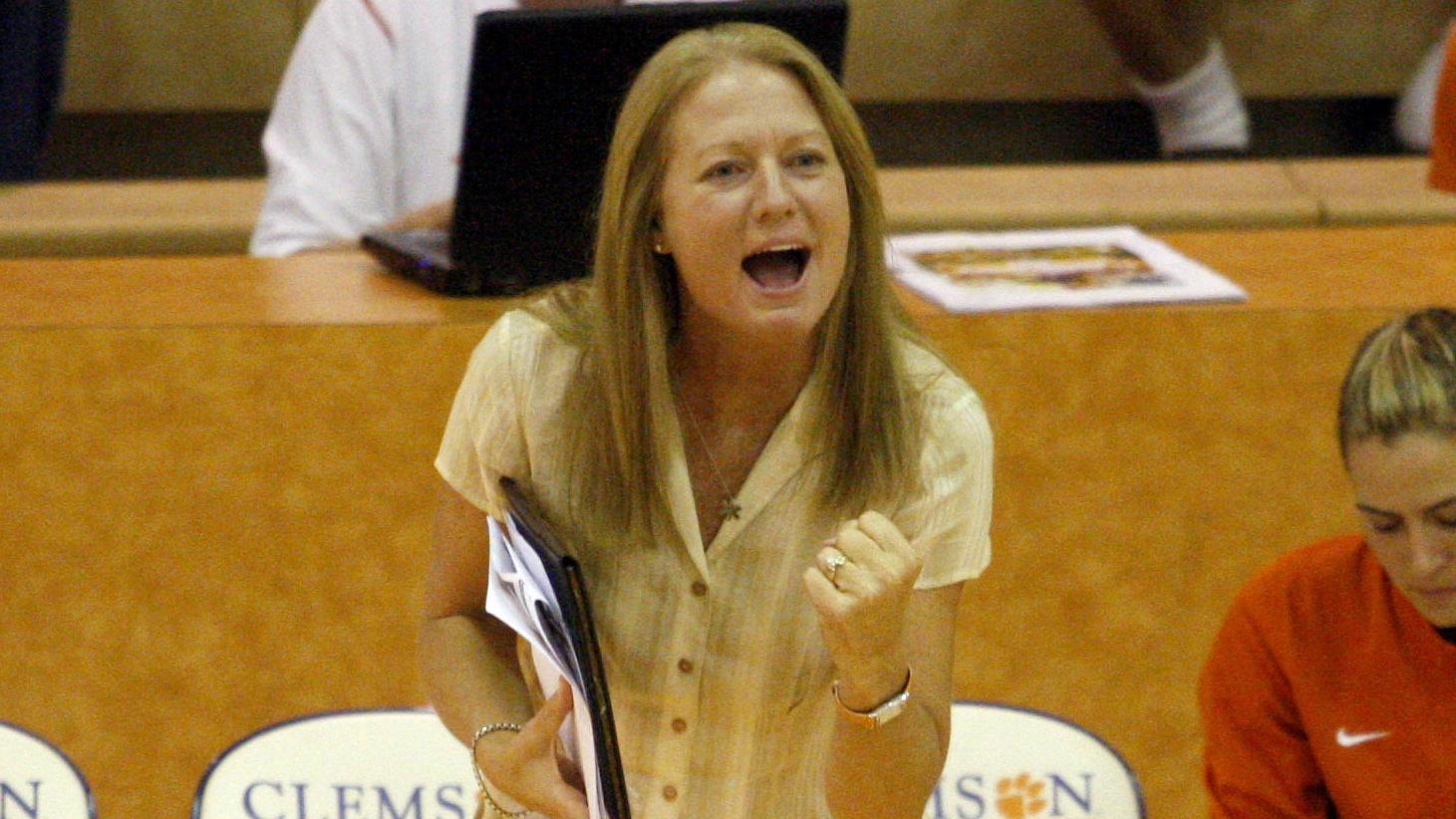 “We are excited about this class for the early signing period and feel that they will fit in well with our current team,” said Hoover.

Hoover and her staff’s haul boasts all three players ranked among the top 250 players in the nation, according to prepvolleyball.com. Each of the three players have extensive experience at both the high school and club levels.

Balser is an option on the outside or rightside hitter positions and stands 6-2 and can touch 10-2 with her vertical leap. Balser averaged more than four kills per set for Magnificat High School, where she was a two-time Offensive Player of the Year, and has played varsity for three seasons. She led the team to two Elite Eight appearances in the state tournament, and has international experience with the USA Volleyball A2 Team.

“With Cayley’s height and how high she plays above the net, she will give us more size in the outside hitter spot,” said Hoover. “She swings high and is a strong blocking presence and has the versatility to help us on the outside or rightside positions.”

Balser is also a terrific student as an AP Scholar, earning Academic High Honors in each year of high school, and participating in a French Exchange program. Balser will also get to play across the net from her sister, Brittney, who is a sophomore at Duke. She’s also a first-degree black belt in Tae Kwon Do, and plans to major in psychology.

Megan Giardina is a 6-0 setter from Pickerington High School North, a suburb of Columbus. A three-year letter-winner, Giardina was a prepvolleyball.com Senior Ace, and was named All-League and All-District in both her junior and senior seasons. Her club team, Mintonette Sports, finished third at Junior Nationals in 2011, where she was named an All-American. She was a second-team All-Ohio choice and selected to play in the Ohio stat all-star match.

“Megan will also give us more size at the setting position,” said Hoover. “Being left-handed makes her an offensive threat as well. Megan is an extremely hard worker who is constantly looking to get better. She has been getting extra training outside of her high school and club programs and we are looking forward to getting her on campus and working with her.”

Giardina plans to major in secondary education with an emphasis in mathematics.

Leah Perri is a 6-0 middle blocker from a town that sits northeast of Kalamazoo, MI. At Gull Lake High School, Perri amassed huge totals as a six-rotation player. As a senior, Perri averaged 4.90 kills and 3.5 digs per set, while also tallying 112 blocks. She’s a two-time first-team All-State performer and a conference MVP in 2011.

“Leah is a very quick and explosive middle who can attack a variety of sets,” said Hoover. “She has had some great training and playing experiences and will come into our program at a pretty high level. The teams that she has been a part of in club and high school have been very successful and she is a worker and a competitor, and above all she wants to win.”

With her club, Dead Frog/Far Out, she was a Junior National AAU All-American, and selected to numerous national all-tournament teams. Her sister, Elena Perri, is a junior at the University of Georgia, where she has started all 26 matches for the Bulldogs this season and leads the team in blocking.