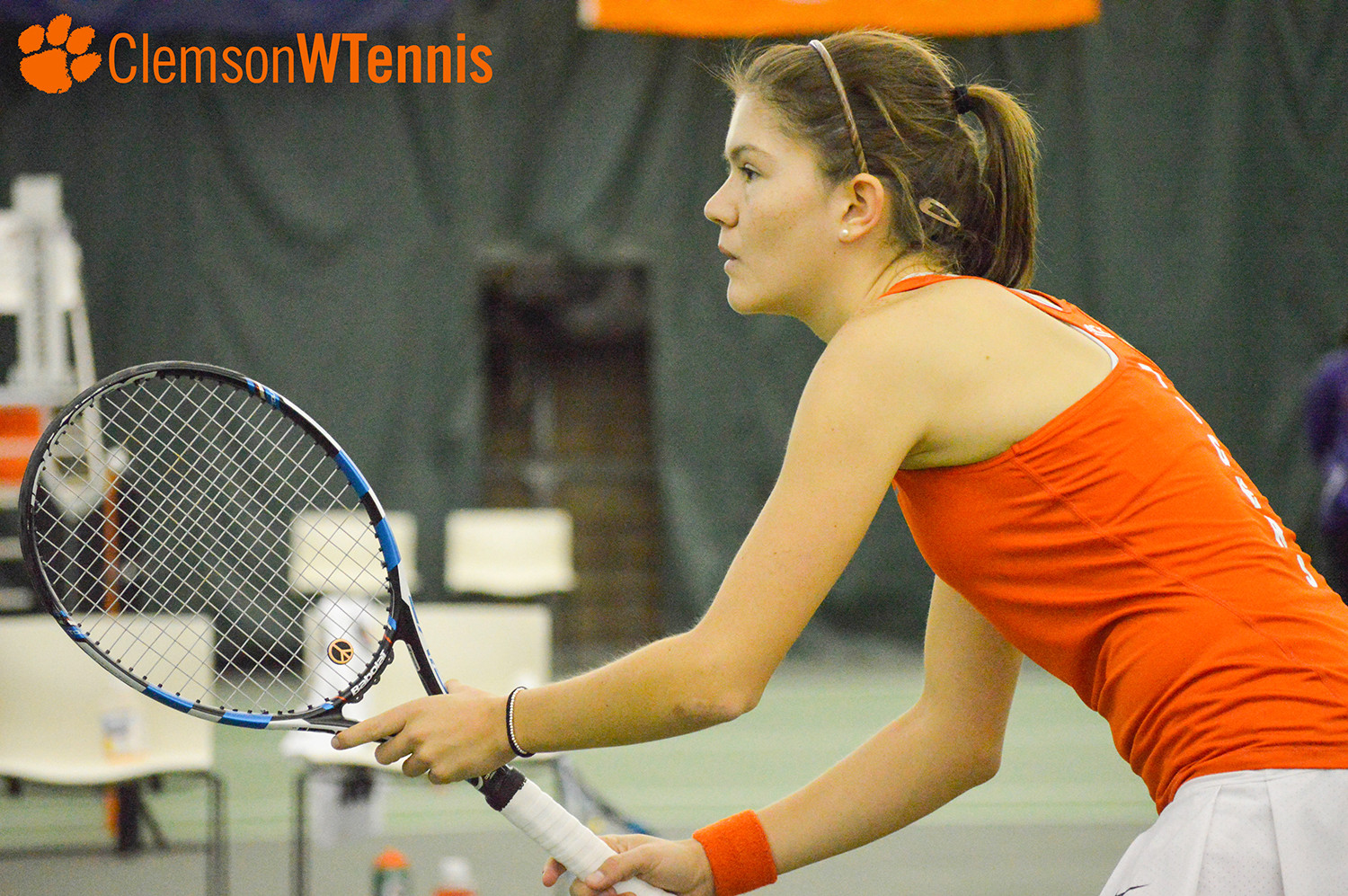 NASHVILLE, Tenn. – The Tigers’ two freshmen, Constanza Gorches and Sydney Riley, picked up singles wins, but the Clemson women’s tennis team dropped its second-straight match to Virginia Tech, 4-2 on Saturday in Nashville, Tenn. The Tigers fall to 2-2 with the loss, while the Hokies improve to 3-1.

In doubles play, sophomores Ayan Broomfield and Marie-Alexandre Leduc, ranked 44th nationally, downed 59th-ranked Elena Cerezo-Codina and Caroline Daxhelet, 6-3 at No. 1. The Hokies won at No. 2 and No. 3 doubles to take a 1-0 lead to open the match.

The Tigers have two matches against top-20 opponents at home next week, as they host No. 16 South Carolina on Friday, Feb. 3 and No. 6 Georgia on Saturday, Feb. 4. Both matches start at 2:30 p.m. and will be played in the Clemson Indoor Tennis Center.