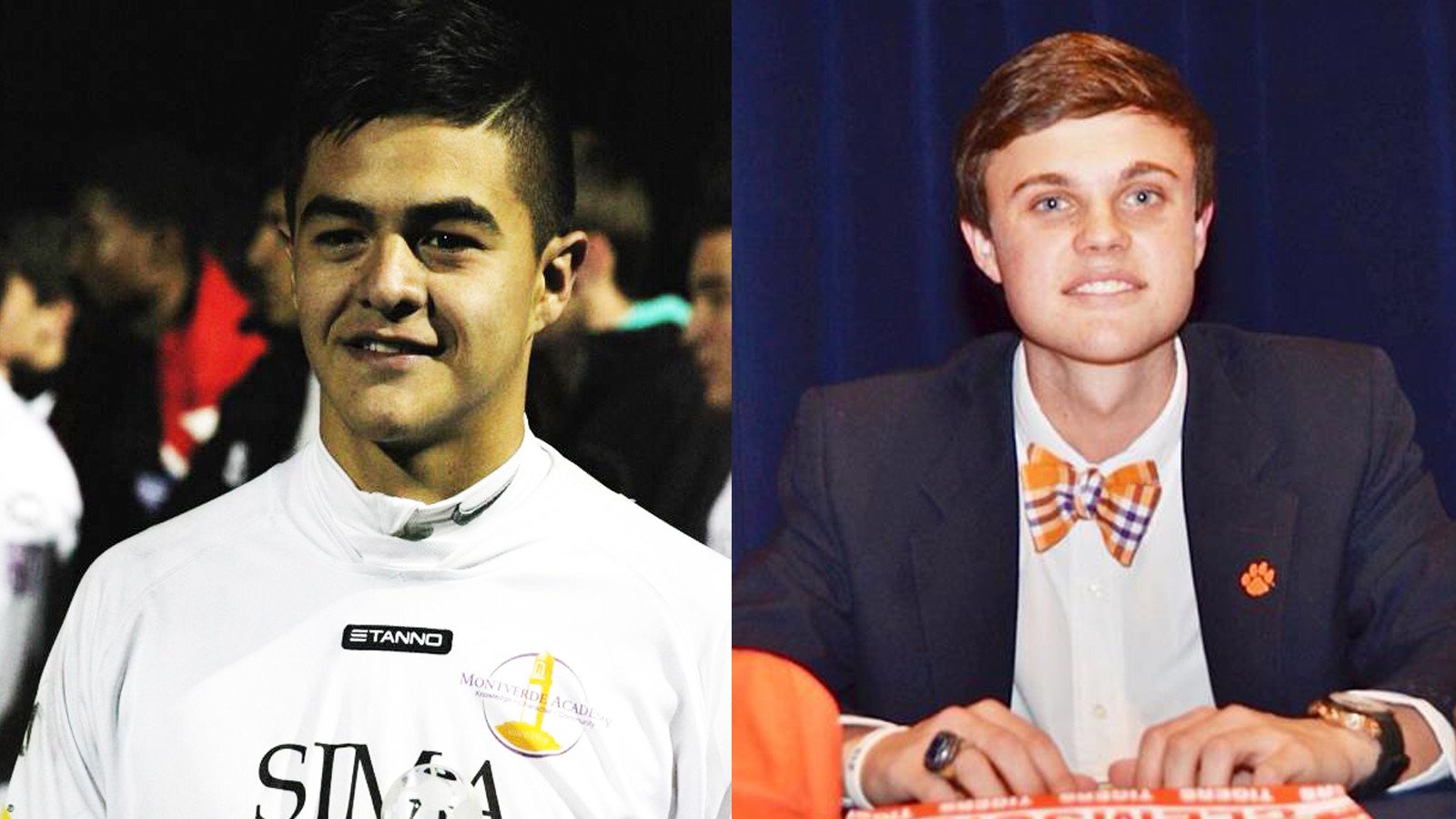 CLEMSON, S.C.-Two Clemson Men’s Soccer signees, Diego Campos and Tyler Rider and have been named Gatorade Players of the Year in their respective states as announced by the Gatorade Company, in collaboration with USA Today High School Sports.   The Gatorade Player of the Year Award recognizes outstanding athletic excellence and high standards of academic achievement and exemplary character demonstrated on and off the field. Both players are now finalists for the prestigious Gatorade National Boys Soccer Player of the Year award to be announced later this month. Campos, who played at Montverde Academy in Florida, was named the recipient for the state of Florida. The 5-foot-10, 155-pound senior forward scored 36 goals and passed for eight assists this past season, leading the Eagles to a 23-0-1 record, and a second straight unofficial national title. A member of the Costa Rican Under-20 Men’s National Team, Campos was the 2014 M.A.S.T. Tournament MVP and is ranked as the nation’s No. 48 recruit in the Class of 2014 by College Soccer News. Campos has maintained a B average in the classroom. A Senior Prefect at Montverde, he has volunteered locally with the Boys and Girls Club, the Special Olympics and as a peer tutor. Rider played for J.L. Mann Academy in Greenville, SC. The 5-foot-10, 155-pound senior defender and midfielder has led the Patriots to a 23-1 record and a berth in the Class 4A state tournament.  Rider scored 11 goals and passed for 14 assists through 24 games. A two-time All-Region selection, Rider moved from central midfield to sweeper early in the regular season. He is ranked 124th in the Class of 2014 by College Soccer News. Rider has maintained a weighted 4.68 GPA in the classroom. A science and math tutor at J.L. Mann, he has volunteered locally with Meals on Wheels, the Special Olympics and as a Bible Study group leader. In its 29th year, the Gatorade Player of the Year program annually recognizes one winner in the District of Columbia and each of the 50 states that sanction high school football, girls volleyball, boys and girls cross country, boys and girls basketball, boys and girls soccer, baseball, softball, and boys and girls track & field, and awards one National Player of the Year in each sport. The selection process is administered by the Gatorade high school sports leadership team in partnership with USA TODAY High School Sports, which work with top sport-specific experts and a media advisory board of accomplished, veteran prep sports journalists to determine the state winners in each sport.