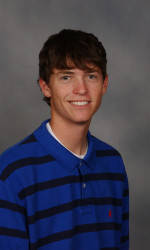 Hopkins finished third with a 72-hole score of 271. Hopkins had rounds of 67-67-67-70 for his four rounds, 13 under par. It was his top amateur performance since he came to Clemson. Hopkins, who red-shirted the 2006-07 season at Clemson, finished higher than Georgia All-Americans Chris Kirk and Brian Harman. Hopkins was six shots behind individual champion Webb Simpson, a Wake Forest golfer, who shot a 265 for the four rounds, including a final round 63.

Martin had rounds of 67-69-70-72 in finishing with a 278 total, six under par. Martin tied for 10th place in the field that included some of the top amateur golfers in the nation. Martin was ranked 74th in the Golfweek Amateur rankings entering the event, so his rating should improve next week. Martin was named to the All-ACC academic and on the course All-ACC teams this past season when he was second on the Tiger team in stroke average.

Clemson golfer Kyle Stanley, ranked number-one in the Golfweek rankings, did not play this weekend and will next be in action at the Sahalee Amateur in his native state of Washington, July 4-6. Stanley is the defending champion.