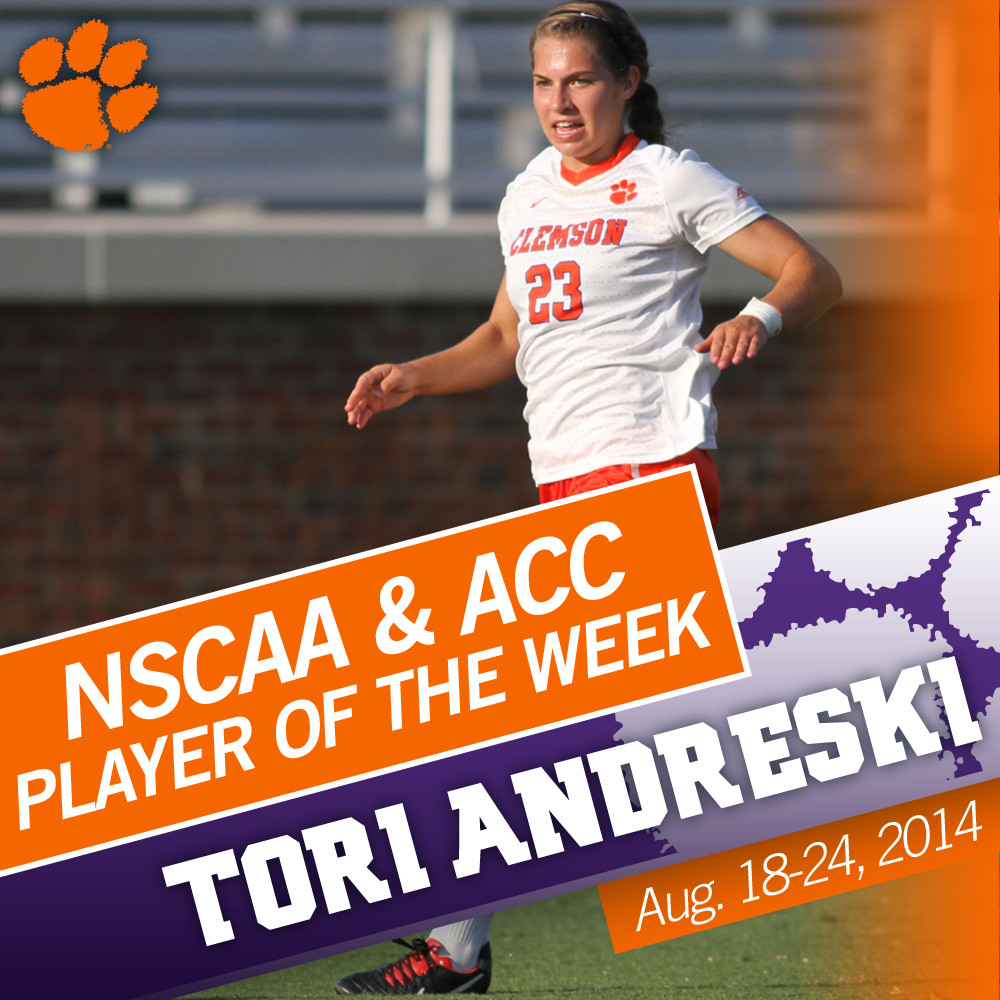 CLEMSON, S.C. – Two days after recording her first career hat trick, sophomore forward Tori Andreski has been named NCAA D1 Women’s Disney Soccer/NSCAA Player of the Week and Atlantic Coast Conference Player of the Week for her performance during the week of Aug. 18-24.

Andreski recorded four goals and one assist for nine points in two games last week, helping the Tigers to wins over Auburn (2-1) and Winthrop (7-0) to open the 2014 regular season. The native of Wilkesboro, N.C. netted one goal against SEC-foe Auburn on Friday, and posted a hat trick, along with one assist, versus the Eagles on Sunday.

The seven points against Winthrop moved Andreski into a tie for fifth in Clemson history in terms of points scored in a single game, while she became just the 12th different player in program history to record a hat trick. Through the first week of the season, Andreski leads the ACC in goals (4), goals per game (2.0), points (9) and points per game (4.5). She has four goals on just eight shot attempts.

Andreski and the Tigers look to continue their winning ways when they return to the field at Elon on Friday, Aug. 29 at 7 p.m.