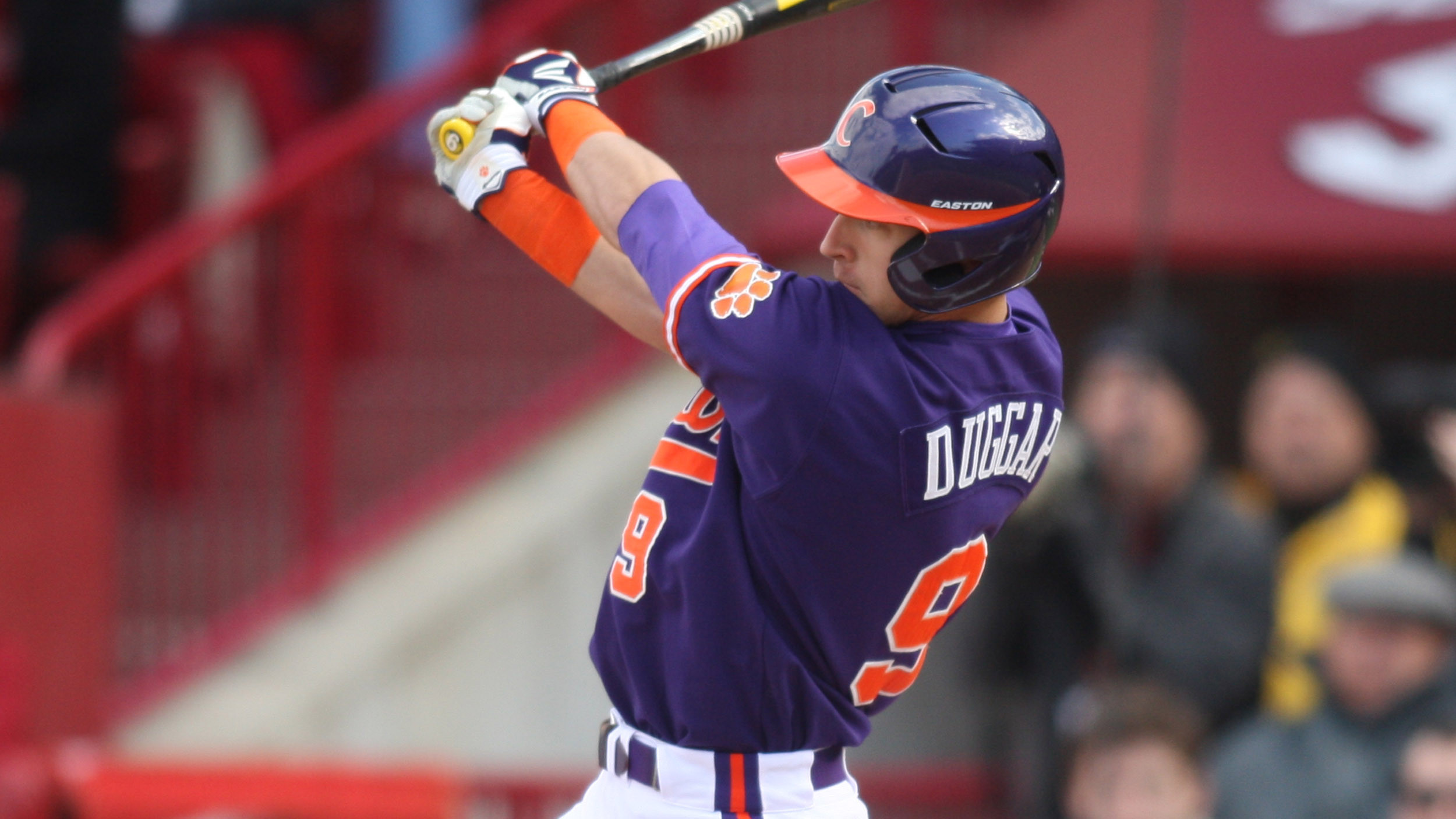 Top-ranked North Carolina scored four runs in both the first and third innings and cruised to a 10-3 win over Clemson in front of 3,945 fans at Boshamer Stadium on Saturday night.  The Tar Heels, who took a 1-0 lead in the series, improved to 24-1 overall and 8-1 in the ACC.  The Tigers dropped to 16-10 overall and 5-5 in ACC play.

North Carolina starter Kent Emanuel (5-1) pitched 8.0 strong innings to earn the win.  He scattered nine hits and allowed only one run and one walk with five strikeouts.

Tiger starter Daniel Gossett (3-2) suffered the loss, as he surrendered 10 hits and eight runs with one strikeout in 3.0 innings pitched.  Mike Kent pitched the final 5.0 innings and gave up just two runs and no walks.

The Tar Heels jumped out to a 4-0 lead in the first inning.  Landon Lassiter belted a one-out double that landed on the left-field line and advanced to third on Colin Moran’s single to left-center.  Skye Bolt followed with a line-drive single down the right-field line on a 1-2 pitch to score Lassiter, then Cody Stubbs ripped a triple down the right-field line to score Moran and Bolt.  Two batters later, Michael Russell lined a two-out single to left field to plate Stubbs.

In the top of the third inning, Tyler Slaton lined a two-out single to right field and advanced to third on Steven Duggar‘s single through the right side.  Steve Wilkerson struck out, but he reached first and Slaton scored on a wild pitch.

North Carolina responded with four runs in the bottom of the third inning.  Stubbs lined a one-out single down the right-field line on a 1-2 pitch and Brian Holberton flared a single to right-center.  After Russell was hit-by-pitch to load the bases, Mike Zolk lofted a sacrifice fly to right to score Stubbs.  Matt Roberts followed with a two-out, three-run homer to left field, his first career long ball, to give North Carolina 8-1 lead.

In the top of the fifth inning, Tyler Krieger grounded a leadoff single through the right side, then Slaton lined a single to right field.  Duggar walked to load the bases with no outs, but the next three Tigers were retired without Clemson scoring a run in the frame.

The Tar Heels added to their lead in the bottom of the fifth inning.  Russell reached on a one-out, infield single and advanced to third on Zolk’s hit-and-run single.  Roberts reached on an error on a safety squeeze bunt that allowed Russell to score.

In the ninth inning, Thomas Brittle led off with a single up the middle.  Two batters later, Slaton drew a one-out walk, then Duggar ripped a double to right-center to score Brittle.  Wilkerson lofted a sacrifice fly to left to score Slaton.

All 10 Tar Heels who stepped to the plate in the game had at least one hit, as North Carolina totaled 19 hits in all.  Stubbs led the way by going 4-for-5 with a triple, two RBIs, and two runs.  Chaz Frank and Moran added three hits apiece, while Roberts had a game-high four RBIs.

For the second game in a row, Clemson put 14 batters on base but managed only three runs.  Slaton went 3-for-4 with two runs and a walk to lead the Tigers, who totaled 11 hits in the contest.  Duggar added a double, single, one RBI, and a walk.  Eight of the nine Tiger starters had at least one hit.

Clemson and North Carolina will play game-two of the three-game series on Sunday at 7:00 PM.  The game will be televised by RSN and will be available online on ESPN3.