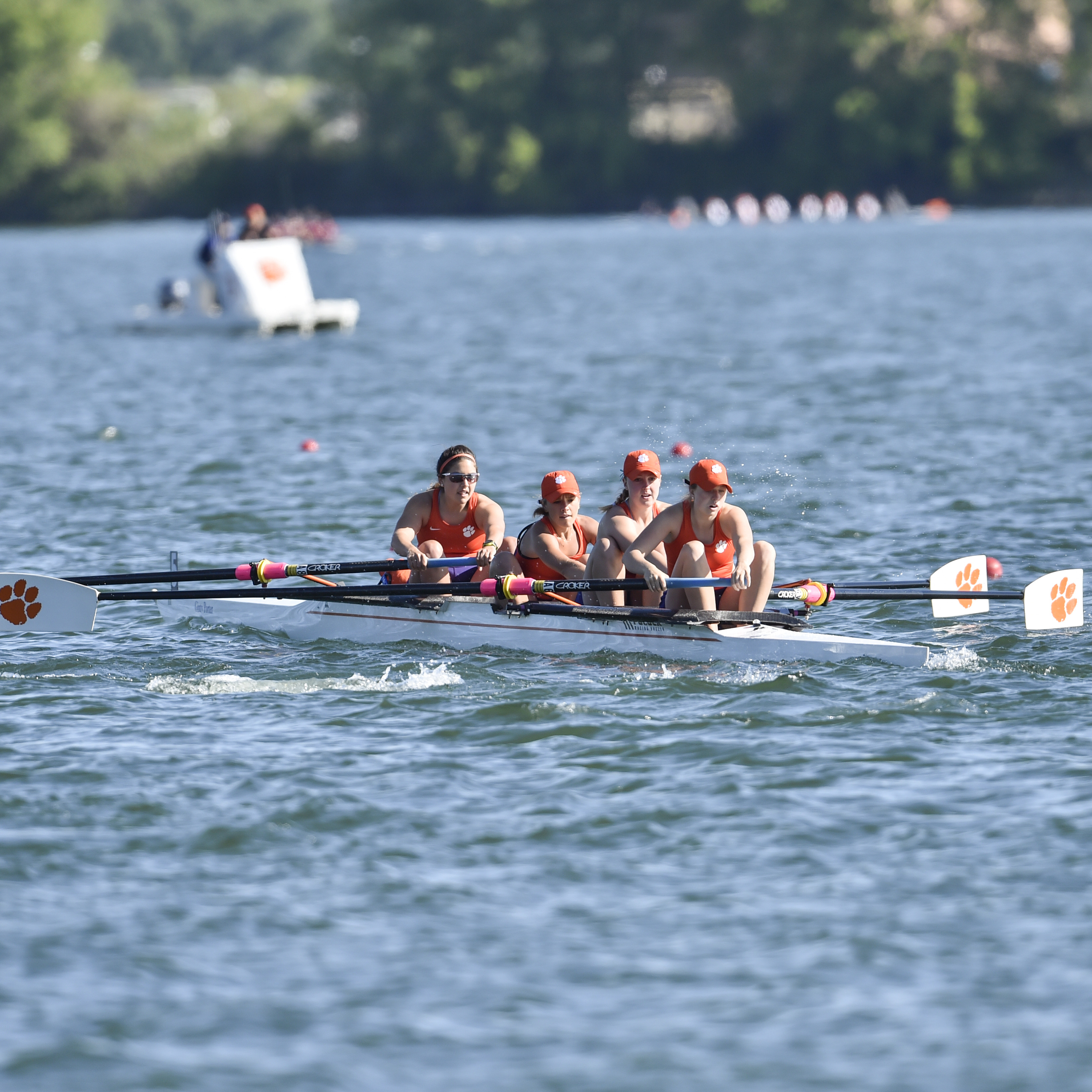 Tigers Wrap Up Day One of Clemson Invitational

CLEMSON, S.C. — The rowing team welcomed one of the nation’s most competitive fields of the spring season on Saturday at the Clemson Invitational, and the racing action certainly did not disappoint. In all, nine of the 20 teams composing the field were ranked in the top 20 of the latest coaches’ association poll.

The morning session featured sunny skies, but floating starts due to rough conditions at the line. The rowers faced a stiff headwind throughout the session. The top finishing boat for the Tigers was the Second Varsity 4+ in second place (7:56.5). The First Varsity 4+ also performed well, taking third in its heat (7:55.4), narrowly edged by Washington State. The 3V8 finished the morning on a high note, taking third with a time of 5:11.8 due to a race that was shortened to 1,500 meters because of the conditions.

“In the morning, we handled some tough conditions well,” said head coach Stephen Frazier Wong. “We faced some challenging wind conditions, and we got great reports of how our coxswains handled those. As the weather flattened out in the afternoon, we were hoping to keep it going. But it’s a second set of racing, and that’s when strong crews step forward. We need to make sure we’re on that level as well.”

The afternoon session saw diminishing winds throughout, with a slight tailwind at the rowers’ backs. Clemson faced several of the nation’s top 20 ranked teams in the First Varsity 8+ and Second Varsity 8+, races that saw just 11 seconds separate teams one through seven in the finishing order. The top finish in the afternoon session came in the 3V8, where Clemson raced to a time of 6:58.0 to take third place. The 2V4 was fourth in 7:41.7, where the top four were within six seconds of one another.

“Tomorrow, I want to see us compete again the way we did in the morning,” Frazier Wong said. “We saw a bunch of great crews competing, and we want to be just as strong. It’s our third set of racing, so we want to step up the same way those teams are taking a step forward.”

The Tigers return to action at 8:30 a.m. Sunday to wrap up the Clemson Invitational. A special ceremony will be held following the racing at 11 a.m. to honor the 2016 senior class. 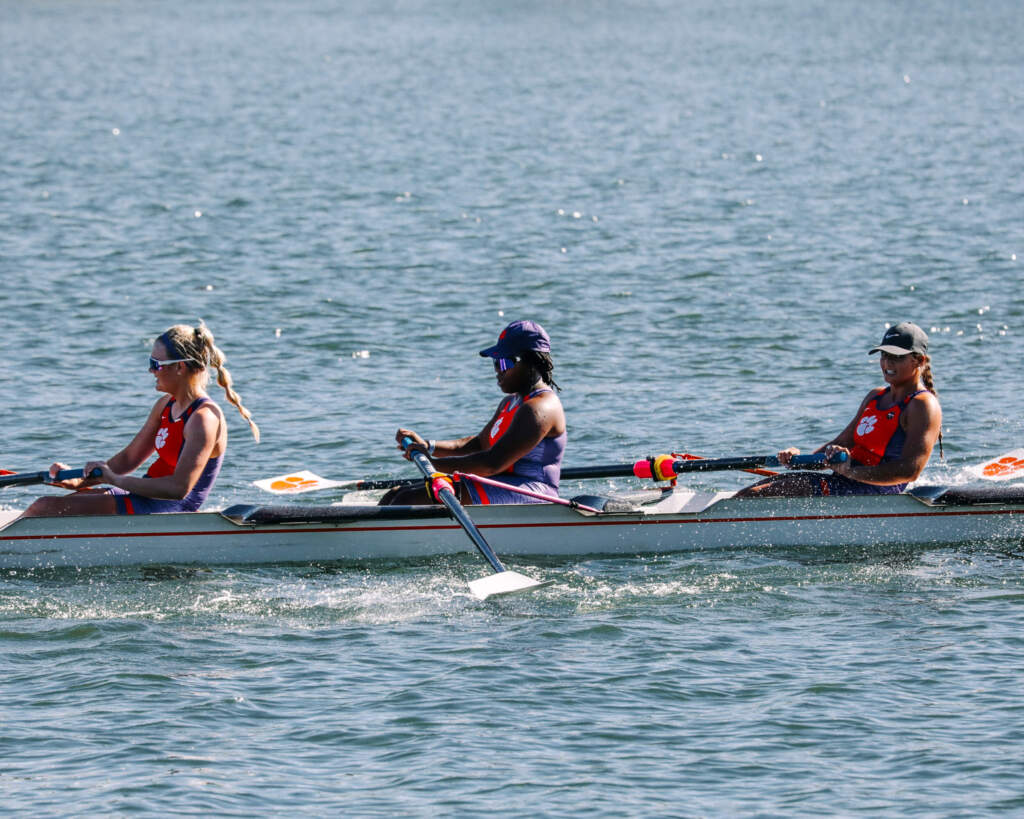 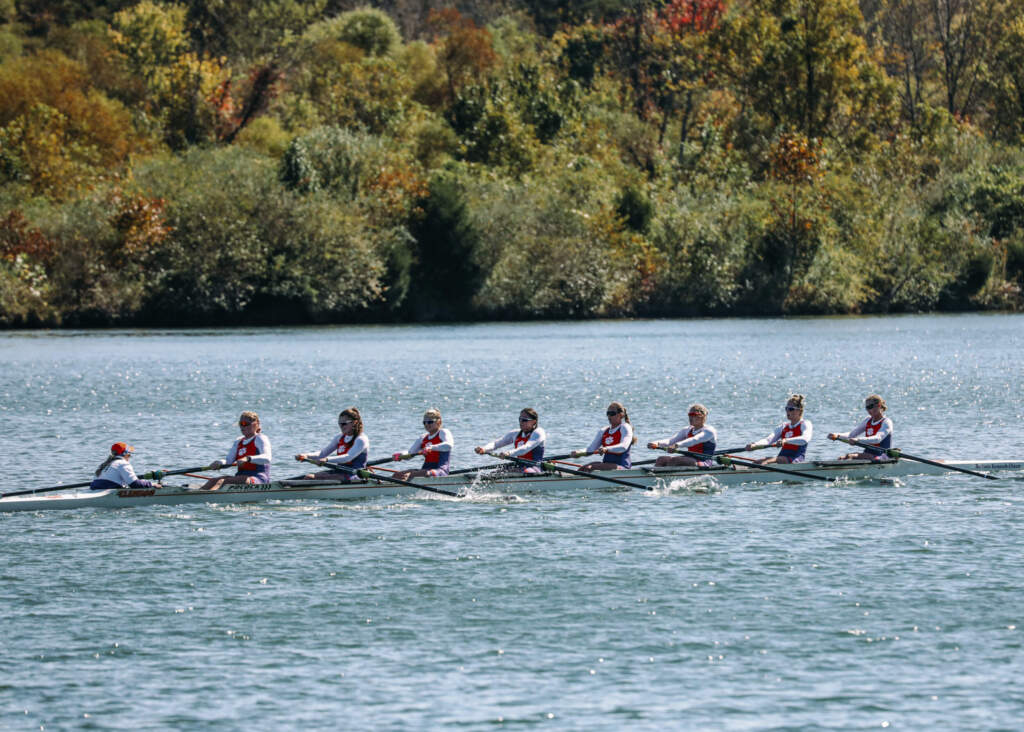