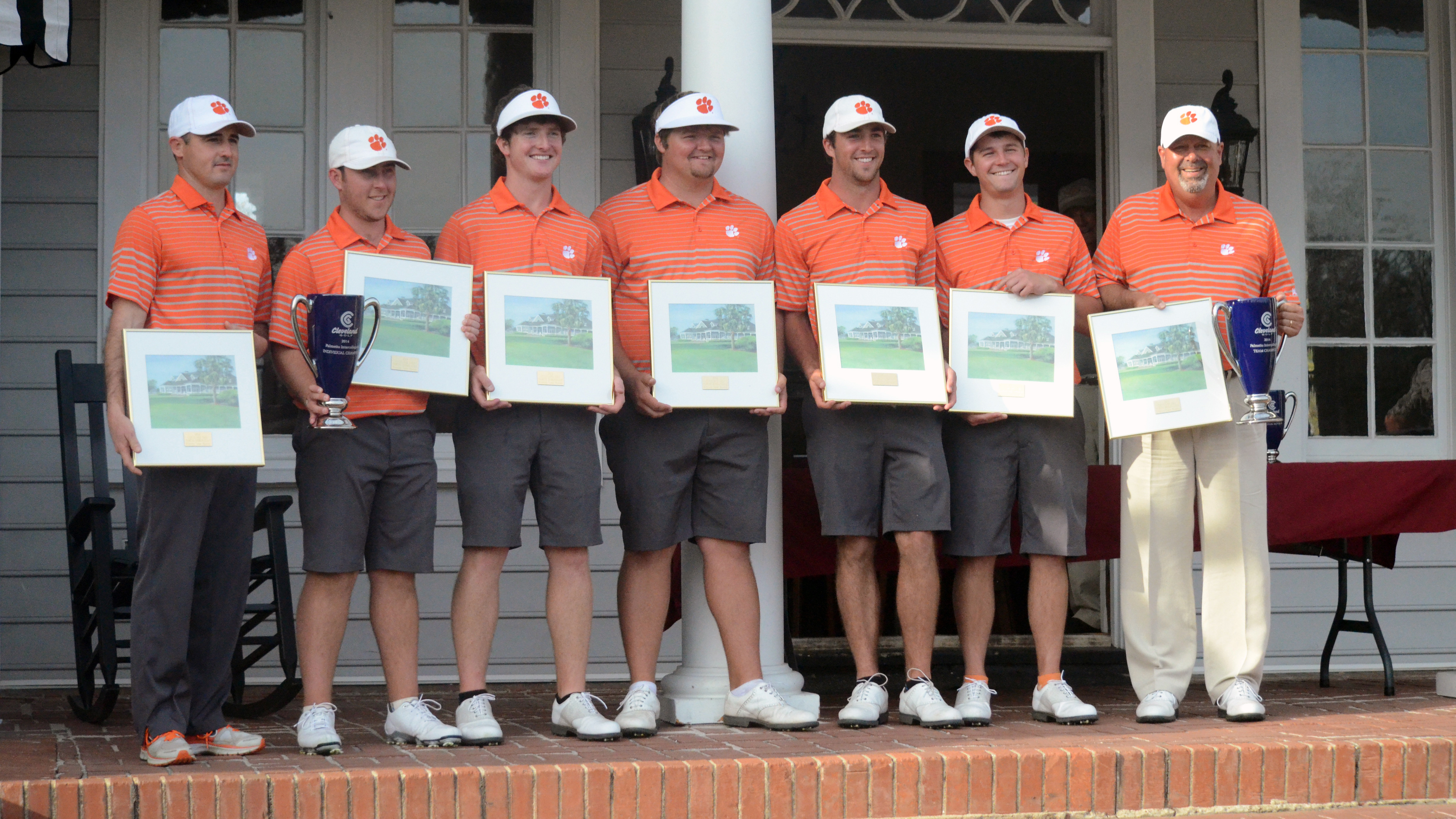 CLEMSON, S.C.Austin Langdale took medalist honors to lead Clemson to the team championship of the 18-team Cleveland Golf Palmetto Intercollegiate on Tuesday afternoon. The Tigers won the team championship with an 854 score on the par 70 Palmetto Golf Club Course, two shots ahead of ACC rival Virginia. South Carolina finished third at 867, while Georgia State was fourth at 874.

It was the first victory of the year for Clemson and Tigers Head Coach Larry Penley, who won for the 64th time in his Hall of Fame career. “We did not get off to a good start today, but the guys finished strong. We stayed patient the entire tournament and played well in stretches. We did a good job of knowing when to be aggressive. The wind was a factor but we played smart.”

Langdale had a final round 72 to finish at even-par 210, the only player in the 90-man field to shoot even par for the 54 holes. The native of Pendleton, S.C. became the first Clemson freshman to win a tournament since Kyle Stanley won the Purdue Aloha Classic in Hawaii in November of 2006. It was just the second win by a Clemson freshman since D.J. Trahan won in Las Vegas in 2000.

It also marked the second straight tournament Clemson had the individual champion, as Miller Capps won the Puerto Rico Classic last month. It is the first time Clemson has had the medalist in consecutive tournaments since Trahan won back-to-back in the fall of 2001.

Langdale won by one shot over Derek Bard of Virginia. Both Langdale and Bard were listed as their respective team’s number-four players entering the event. “I got off to a rough start today,” said Langdale. “I was four-over after 11, but things turned on number-13 when I made a 20-footer for birdie. It was the longest putt I made all week. Then I hit my tee shot into the trees on the par five 14th, but I hit my approach from 94 yards to within three feet and made the putt.”

Langdale was playing with Bard, so he knew exactly what he needed to do on the 18th hole. Both players hit their approach to within 20 feet. Both players missed their birdie putts, then Langdale made a four-footer for par to win his first college tournament.

It was the first win for Langdale since he won the Azalea Amateur as a high school senior just under a year ago. It was also the second time he has won at Palmetto Country Club, as he captured the Southern Cross as a junior player two years ago.

While Langdale was the winner of the tournament, sophomore Blake Kennedy was the top Tiger in the final round with a two-under-par 68. The native of Spartanburg, S.C. and Dorman High played he last five holes in four-under-par, a key to Clemson’s two-shot win.

Playing in his first tournament of the year, Kennedy made the first eagle of his career on the par five 14th hole, then made birdie on 15 and 18 coming in. Kennedy finished with a 216 score for he 54 holes, good enough for a tie for ninth place. “Blake gave us the shot in the arm we needed to win this tournament today,” said Penley.