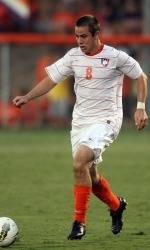 CLEMSON, SC – The Clemson men’s soccer team will play host to ACC-foe Duke at Historic Riggs Field on Friday evening at 6:00 p.m. As an added feature to the match, a limited number of Clemson t-shirts and soccer scarves will be given away to fans.

Clemson will enter the match with a 1-2 record overall and a 0-1 mark in the ACC. The Tigers lost to Wake Forest 2-1 last Friday night. Freshman Amadou Dia leads the Tigers in scoring with two goals for four points.

Duke has a 1-4 record overall, and a 0-1 mark in the ACC. The Blue Devils lost to Virginia 1-0, last Friday night in Durham, NC. Duke is led in scoring by Andrew Wenger with three goals.

The Tigers look forward to returning to Historic Riggs Field that had a record-breaking crowd of 7,423 fans at their 2-0 victory over South Carolina on September 2. This will be the second home match of the season for Clemson.

This will be the 51st meeting between Clemson and Duke on the soccer field since 1939. The two teams are tied in the series with a 23-23-4 record. Clemson is 5-4-1 against the Blue Devils in the past 10 years.

Clemson is 14-7-2 against Duke when playing at home. The two teams played at Historic Riggs Field last year. Clemson’s Riley Sumpter scored the winning goal in overtime last year in the 2-1 upset victory over the 18th-ranked Blue Devils. Sumpter scored the goal in the 97th minute of play.