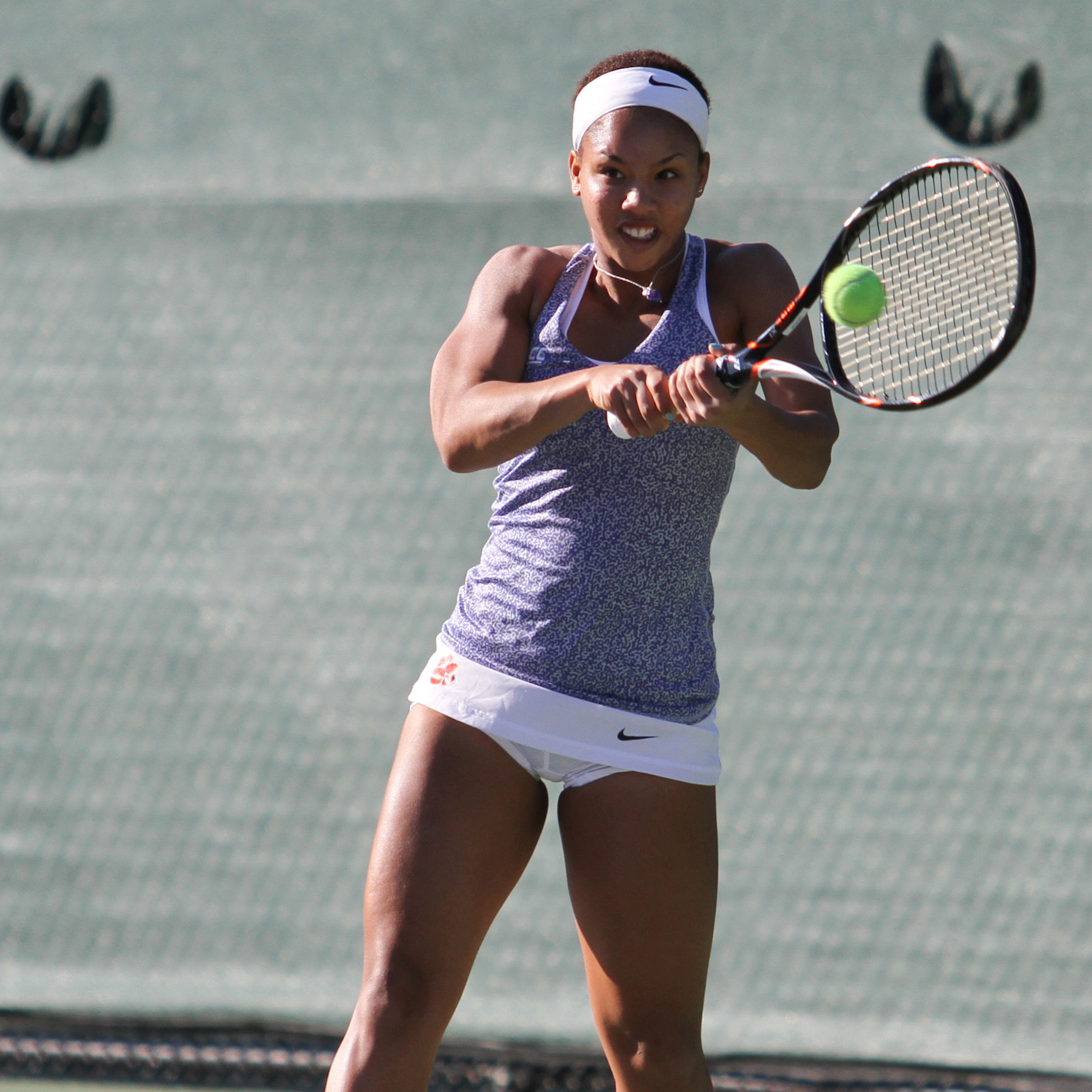 CLEMSON, S.C. – The 19th-ranked Clemson women’s tennis team’s upset bid over No. 2 and undefeated North Carolina came up just short Friday afternoon, as the Tigers fell 4-3 at the Cone-Kenfield Tennis Center in Chapel Hill. With the loss, the Tigers fall to 10-7 and 5-3 in the ACC, while North Carolina moves to 20-0 and 8-0 in the conference. All of Clemson’s seven losses have come to teams currently ranked in the top 16 in the latest ITA poll, including five teams in the top eight in the country.

In doubles action, it was clear five of the six duos were ranked, as the matches went back and forth. After a tough fight, Tristen Dewar and Romy Koelzer, ranked 76th, fell 8-5 to No. 33 Carter and Kay. Joana Eidukonyte and Daniela Ruiz controlled their match at No. 3, winning 8-6 over No. 34 Dai and Vialle of North Carolina. It came down to the match on court one where the two teams traded points throughout its entirety. Ultimately, No. 3 Beatrice Gumulya and Jessy Rompies fell 8-7 to Carolina Price and Jamie Loeb, ranked 13th in the country, clinching the doubles point for the Tar Heels.

The Tigers travel down the road to Raleigh and return to the courts Sunday, March 29 against NC State. The match is slated for noon. The Wolfpack are 9-9 overall and 0-7 in conference play. Live scoring and live video can be found on GoPack.com.