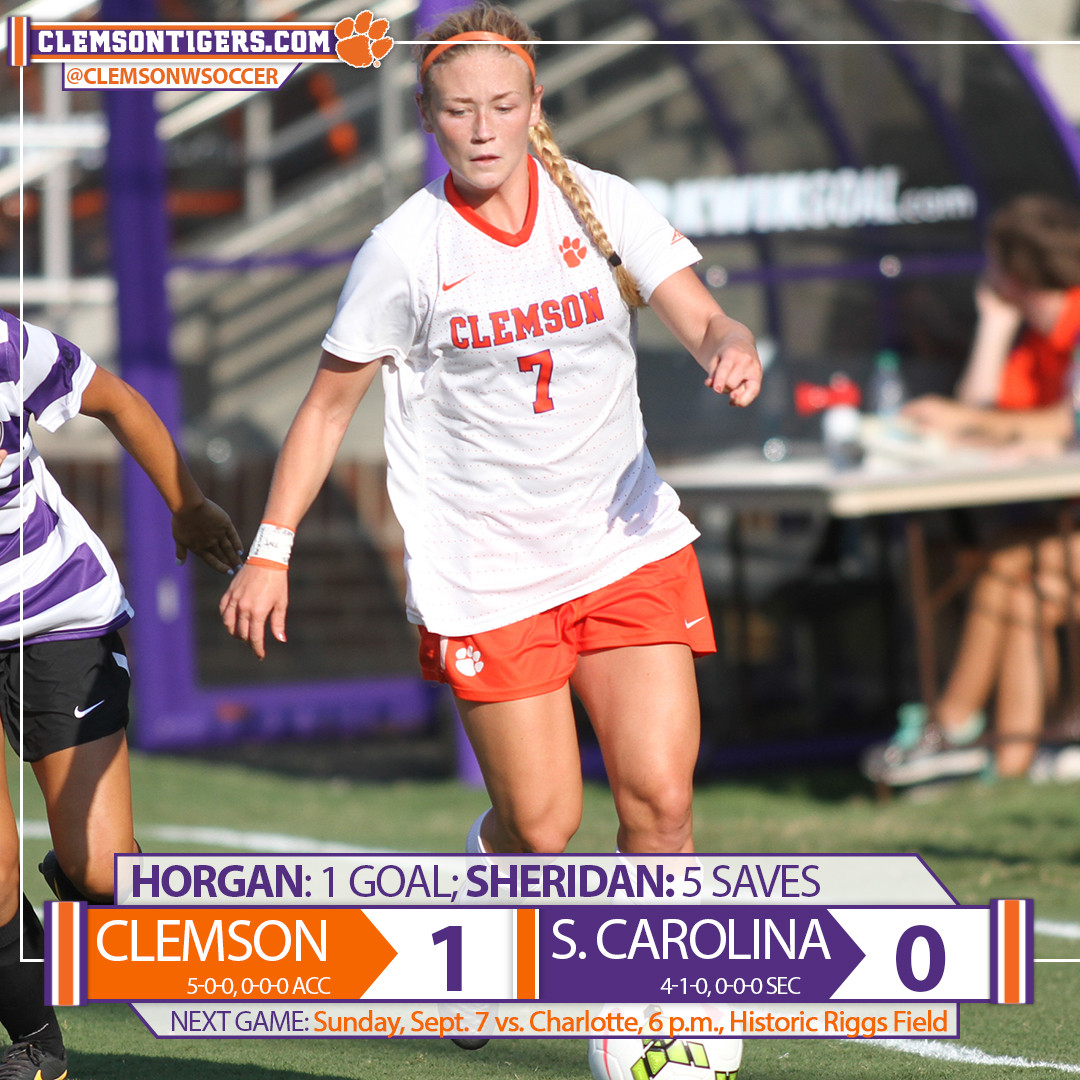 COLUMBIA, S.C. – The Clemson women’s soccer team defeated ninth-ranked South Carolina by a score of 1-0 in front of a record-breaking crowd at Stone Stadium on Friday night. With the win, the Tigers improved to 5-0 on the season, while handing the Gamecocks (4-1) their first loss of the year.

Clemson’s lone goal came off the foot of freshman forward Shannon Horgan. Horgan handled a corner kick at the 20:27 mark, and the ball bent just over the outstretched arms of South Carolina goalkeeper Sabrina D’Angelo and found the back of the net. The goal was the first of Horgan’s career, and was the first conceded by D’Angelo and the Gamecocks this season.

The win was the Tigers’ second over the Gamecocks in three years, and the second in Columbia in the last two trips to the capital city. The last three contests between the in-state rivals have been decided by one goal, as Clemson won 1-0 in Columbia in 2012, and the Gamecocks won 2-1 in Tigertown last year.