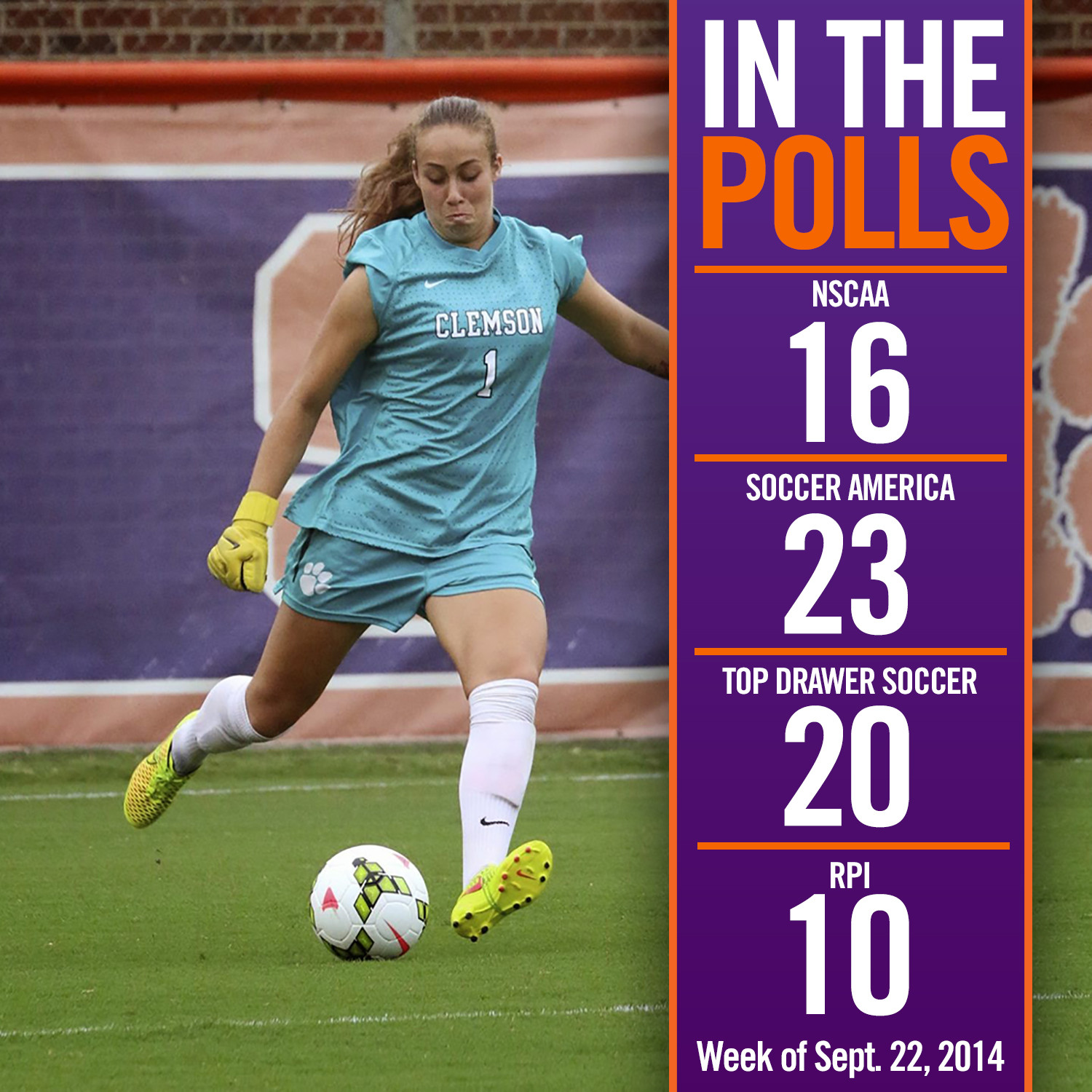 CLEMSON, S.C. – The Clemson women’s soccer team moved up one spot in the weekly poll released by the NSCAA on Tuesday afternoon. The Tigers (7-1-1) moved up to 16th after suffering their first loss of the season last Friday on the road against second-ranked Virginia Tech.

The ranking of 16th by the NSCAA is the team’s highest ranking among the three major polls this week. The Tigers are ranked 20th by TopDrawerSoccer.com and 23rd by Soccer America in this week’s polls.

Clemson is 10th according to the first RPI rankings of the season, released by the NCAA on Monday. The Tigers are one of six teams from the Atlantic Coast Conference listed in the top 20 of the RPI (1. North Carolina, 2. Virginia Tech, 10. Clemson, 12. Florida State, 14. Virginia, 18. Notre Dame).

Clemson returns to action Thursday, Sept. 25when it hosts North Carolina at Historic Riggs Field at 7 p.m. The Tar Heels are ranked eighth nationally according to the NSCAA. The game will be broadcast on ESPN3 and the first 300 students will get a Clemson soccer t-shirt.