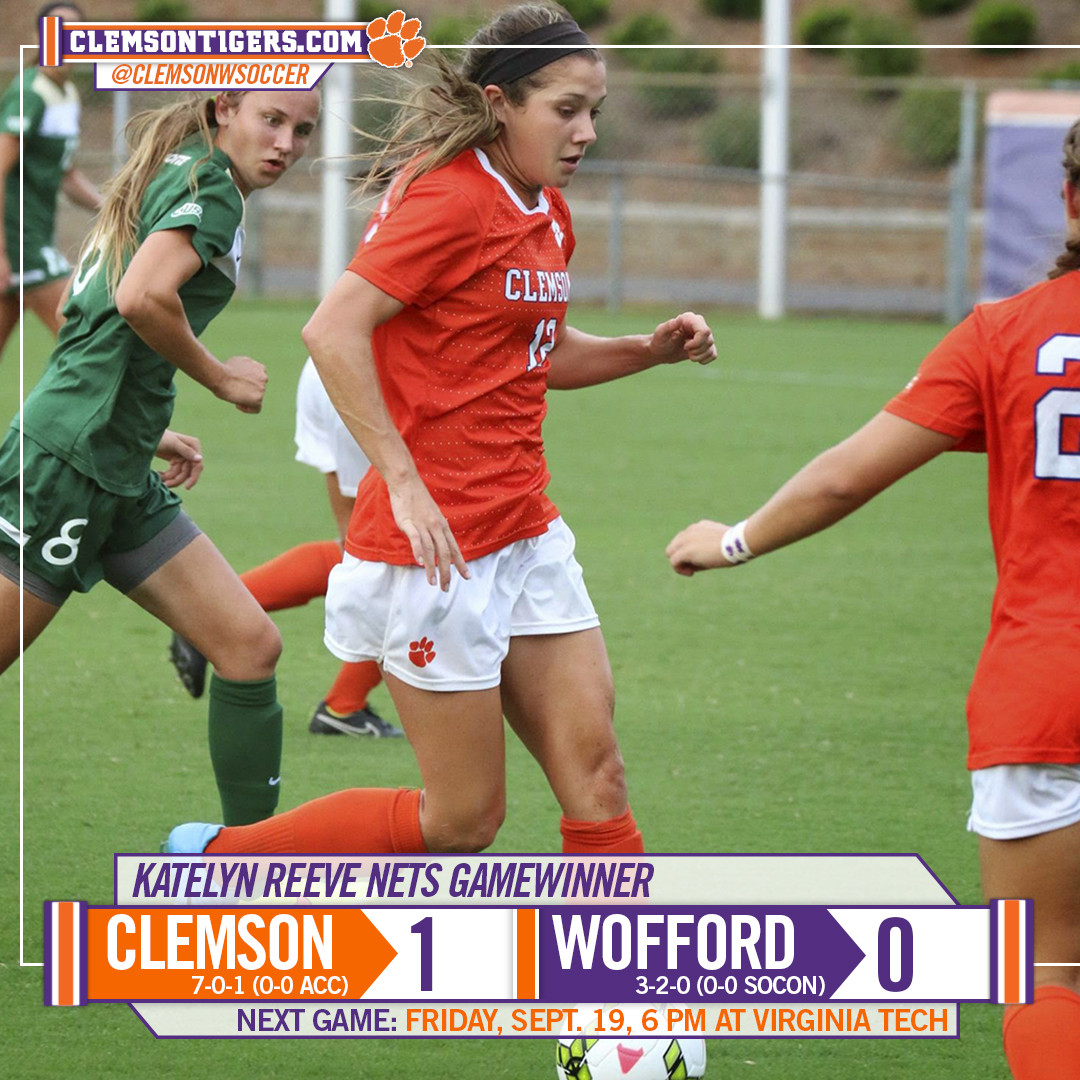 CLEMSON, S.C. – The 17th-ranked Clemson women’s soccer team defeated Wofford by a score of 1-0 on a rainy Sunday afternoon at Historic Riggs Field. With the win, the Tigers improved to 7-0-1, finishing the nonconference season unbeaten. The Terriers fell to 3-2 with the loss.

The Tigers’ lone goal was netted by senior Katelyn Reeve in the 84th minute. The play began with a corner kick by freshman Shannon Horgan, which connected with sophomore Claire Wagner, whose initial shot was deflected by Wofford’s goalkeeper Kara Boggs. After the deflection, a Terrier defender attempted to clear the ball, but Reeve intercepted it and sent a 12-yard shot from the right side into the net.

Clemson dominated the game offensively, taking 39 shots to Wofford’s one and 19 corner kicks to the Terriers’ zero. Junior keeper Hunter Rittgers started in goal for the Tigers and posted one save, along with recording the solo shutout.

The Tigers head on the road to face ACC foe Virginia Tech, ranked third nationally, Friday, Sept. 19, at 6 p.m. in Blacksburg. The game is the conference opener for both teams.