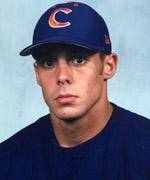 The Clemson offense churned out 11 runs in the first three innings and freshman righthander Jason Berken improved to 3-0 as the Tigers defeated Wofford 21-7 at Doug Kingsmore Stadium Tuesday night. Clemson (17-3) extended its winning streak to 14 games, the seventh-longest in school history and the longest since a 15-game streak in 1996. Wofford dropped to 4-18 with the loss.

Freshmen Kris Harvey and Herman Demmink each had a career-high four RBIs and Tigers Demmink, Ryan Hub, Russell Triplett, Jess Easterling and Roberto Valiente each had three hits as the team pounded out 24 total hits. Wofford starter Culley Kline (0-3) took the loss, but he and the Terriers suffered from seven errors in the game.

Clemson opened the scoring in the bottom of the first when Jeff Hourigan singled in Garrick Evans. Hourigan was then plated by Triplett’s two-out double to left-center to make it a 2-0 advantage. Wofford answered in the top of the second. The Terriers loaded the bases with two outs and scored when Berken walked in Matt Lein. Berken induced a fly out from the next batter to halt the scoring.

The Tigers loaded the bases with one out in the bottom of the frame and capitalized when Hub singled in Colin Mahoney and Hourigan was hit by a pitch, scoring Demmink. Harvey’s sacrifice fly scored Evans to give Clemson a 5-1 advantage.

Wofford answered again, this time on back-to-back RBI singles by David Dufour and Scott Holloway, to trim the Tiger lead to two. But Clemson scored six runs in the bottom of the third, highlighted by RBI singles from Harvey and Triplett. The Clemson offense took advantage of four Terrier errors in the inning to pull away 11-3.

Clemson will next travel to Cullowhee, NC to face Western Carolina Tuesday night at 7:00 PM. The game can be heard on Clemson’s flagship station, WCCP (104.9 FM). Live stats are tentatively scheduled to be available.