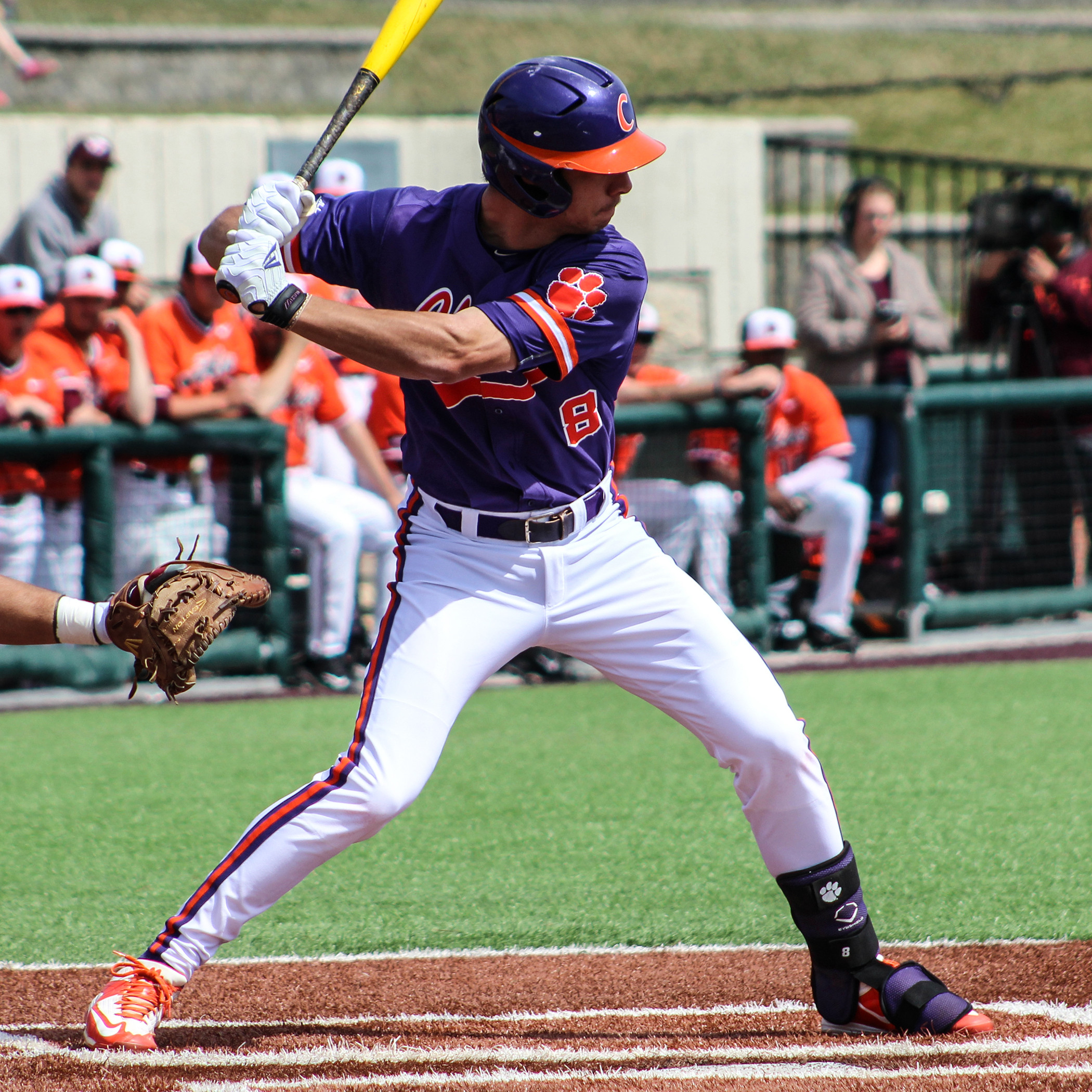 The Tigers wrap up their five-game road swing at Western Carolina on Tuesday.

CLEMSON OVERVIEW• Clemson won two of three games at Virginia Tech last weekend.• The Tigers are averaging 5.7 runs per game and hitting .286 with a .368 on-base percentage and 24 stolen bases.• The pitching staff has a 3.89 ERA, .252 opponents’ batting average and 2.64 strikeout-to-walk ratio and Clemson is fielding .965.

WESTERN CAROLINA OVERVIEW• Western Carolina is led by eighth-year Head Coach Bobby Moranda.• The Catamounts won one of three games at UNC Greensboro. They are hitting .286 and have a 6.10 ERA and .954 fielding percentage.• Bradley Strong is hitting .357 with nine doubles, two triples, one homer, 23 RBIs and 16 stolen bases.

QUICK HITS• Clemson’s 4-0 win in 10 innings at Virginia Tech on Friday was the first time since 1972 the Tigers pitched a double-digit-inning shutout.• Clemson committed just one error in the Virginia Tech series, and that one was by a Tiger outfielder.• Clemson Head Coach Jack Leggett served as the head coach at Western Carolina for nine seasons from 1983-91.

OKEY PRODUCING RUNS• Sophomore catcher Chris Okey is following up his first year, which saw him among the team leaders in RBIs, with a team-high 18 RBIs in 2015.• He was named to the Johnny Bench Award Watch List in the first half of the season. The award goes to the nation’s best catcher.• He is hitting .277 with seven doubles, one triple, three homers, 18 RBIs, 15 runs and one steal in 22 games.• In ACC games, he is hitting .343 with six doubles, one homer, nine RBIs and seven runs in nine games.• With two outs in the 10th inning at Virginia Tech on March 20, he blasted a grand slam to give Clemson a 4-0 win.• In his career, he is hitting .256 with 16 doubles, two triples, seven homers, 59 RBIs, 42 runs and four steals in starting all 83 games.