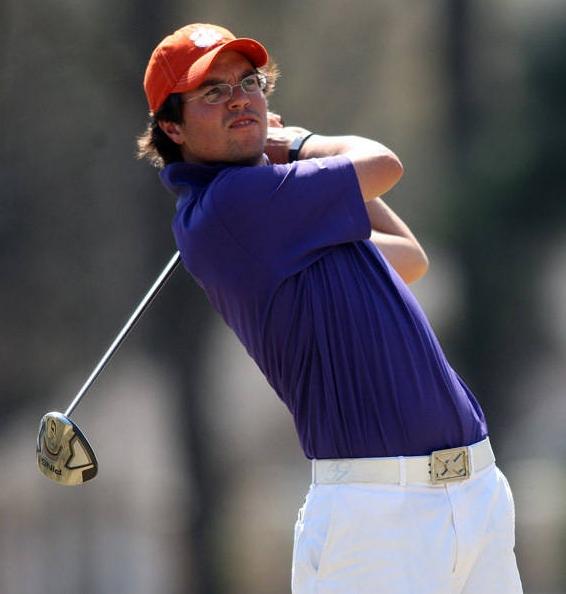 Tigers Travel to US Collegiate

Clemson, S.C. – Clemson will make the short trip down Interstate 85 to Alpharetta, Ga., to compete in the U.S. Collegiate at the Golf Club of Georgia on October 17-19. The 15-team field will play 18 holes each day on the par-72 course that measures 7,017 yards.   The Tigers are faced with the tall task of competing against a field comprised of five of the top 10 teams in the nation according to the Golfweek/Sagarin Rankings. Stanford currently sits at No. 3 and is the top-ranked team at the event. Other schools inside the top 10 include UCLA, LSU, Auburn and Wake Forest.  Cody Proveaux will lead the Tigers as the number-one player in what has been a strong start to his 2014-15 season. Through nine rounds, the Clemson junior leads the Tigers with a 70.67 stroke average and finished fourth in the season opener at the Carpet Classic in Dalton, Ga. Proveaux followed that up with an 11th place finish at the Dick’s Challenge in Nashville, Tenn., and 27th at the Primland Collegiate in Dan, Va.  Billy Kennerly, the lone senior on Larry Penley’s team, will once again be a fixture in the Clemson lineup. Kennerly has picked the perfect time to return home after the Alpharetta Ga., native recorded his best finish of the season at the Primland Collegiate. His seventh place finish included a final-round 65, the low round of the year by a Clemson golfer.  Miller Capps will also return to the Clemson lineup for his fourth start of the season. Capps has a 71.67 stroke average and is even par through nine rounds of his junior season. The Denver, N.C., native finished 10th at the Carpet Classic, then followed it up with a 16th place finish at the Dick’s Challenge and 30th at the Primland Collegiate.  Stephen Behr and Carson Young will round out the lineup for the Tigers. Behr, a red-shirt junior, will make his fourth start of the season and has a 72.11 stroke average. Behr carded his low round of the season with a 66 in the final round of the Primland Collegiate, which vaulted him into a 16th place finish for the event.  Young will make his second start for the Tigers after finishing 60th at the Dick’s Challenge. The Clemson sophomore had had a slow start to the 2014-15 season due to knee surgery in August but will have a great opportunity to rebound against steep competition.