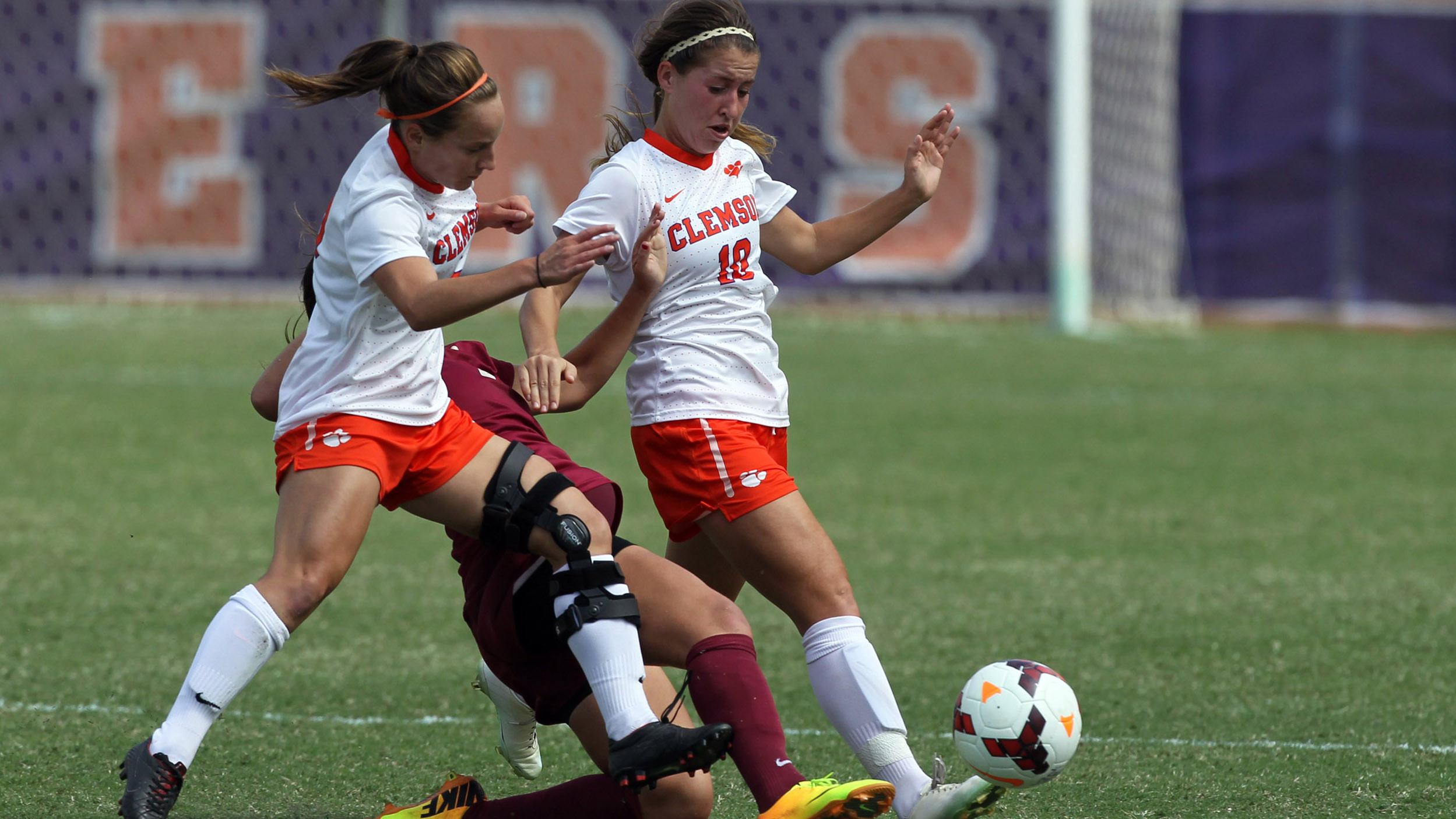 CLEMSON, SC – The Clemson women’s soccer team will travel to Coral Gables, FL on Thursday to face Miami in its final game of the 2013 regular season.  The contest between the Tigers and Hurricanes will kick off at 7 PM at Cobb Stadium.

Clemson has a 7-7-4 record (4-6-2 ACC), and is coming off two 2-0 losses last week, to #4 North Carolina on the road in Chapel Hill and #12 Notre Dame at Historic Riggs Field.  The two games against ranked opponents last week were the Tigers’ sixth out of the last eight against teams ranked 19th or better nationally.

Freshman Kailen Sheridan has 65 saves on the season, a figure that places her in a tie for fourth among all Atlantic Coast Conference goalkeepers.  She has also posted seven solo shutouts on the year, which ranks in a tie for third in the league.  If the season were to end today, Sheridan would rank in the top 10 in Clemson history in three single-season statistical categories – fourth in goals allowed average (0.88), tied for sixth in solo shutouts (7) and seventh in save percentage (.802).