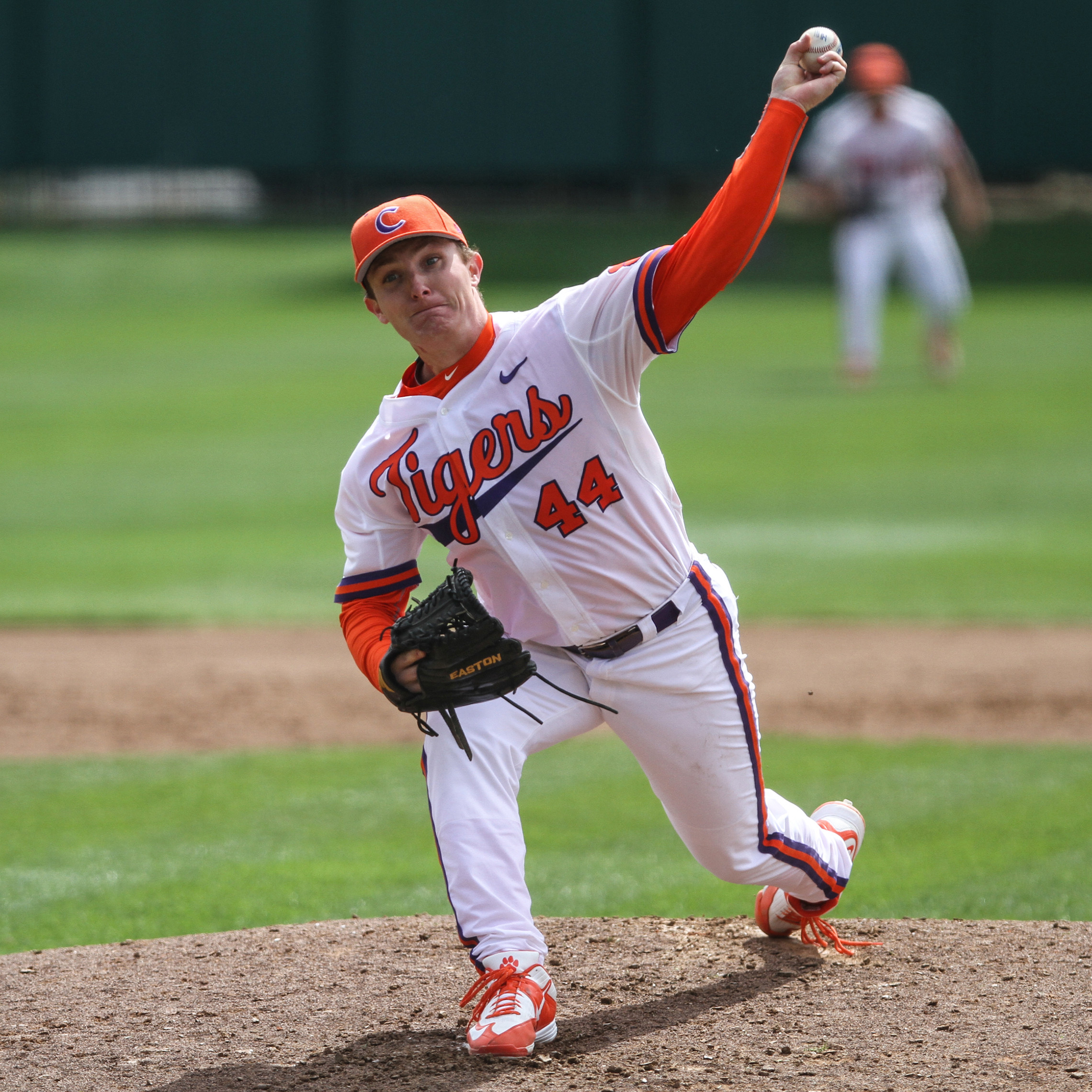 The Tigers continue their road swing in Blacksburg, Va. for a three-game series at Virginia Tech this weekend.

CLEMSON OVERVIEW• Clemson fell 9-5 at Coastal Carolina on Tuesday night after losing two of three games against Notre Dame last weekend.• The Tigers are averaging 5.4 runs per game and hitting .289 with a .368 on-base percentage and 17 steals.• The pitching staff has a 3.95 ERA, .252 opponents’ batting average and 2.67 strikeout-to-walk ratio and Clemson is fielding .960.

VIRGINIA TECH OVERVIEW• Virginia Tech is led by second-year Head Coach Pat Mason.• The Hokies split a pair of midweek games versus Liberty and Radford. They are hitting .259 and have a 4.48 ERA and .965 fielding percentage.• Alex Perez and Erik Payne are both hitting .317 with three homers, while Brendon Hayden is batting .288 with six homers and 20 RBIs.

QUICK HITS• Clemson’s last series in Blacksburg was in 2011, when the Tigers won two of three. Clemson is 8-4 there since the Hokies joined the ACC.• Clemson is 5-0 when it scores at least seven runs.• Chase Pinder’s brother, Chad, played at Virginia Tech (2011-13), was a First-Team All-ACC pick and was the No. 71 pick of the 2013 draft.

KRALL TRANSFERRING SUCCESS• Sophomore lefthander Pat Krall pitched for Temple in 2014, but the school disbanded its program and Krall is eligible in 2015 as a Tiger.• He has an 0.79 ERA, a .195 opponents’ batting average and 12 strikeouts against three walks in 11.1 innings pitched over six relief outings.• He gave up his only earned run in his first appearance, but has pitched 10.2 innings pitched since without allowing an earned run.• He and lefthander Zack Erwin are the tallest Tigers at 6’5”.• He posted similar numbers at Temple, as he had an 0.66 ERA and a .181 opponents’ batting average in 27.1 innings pitched in 2014.