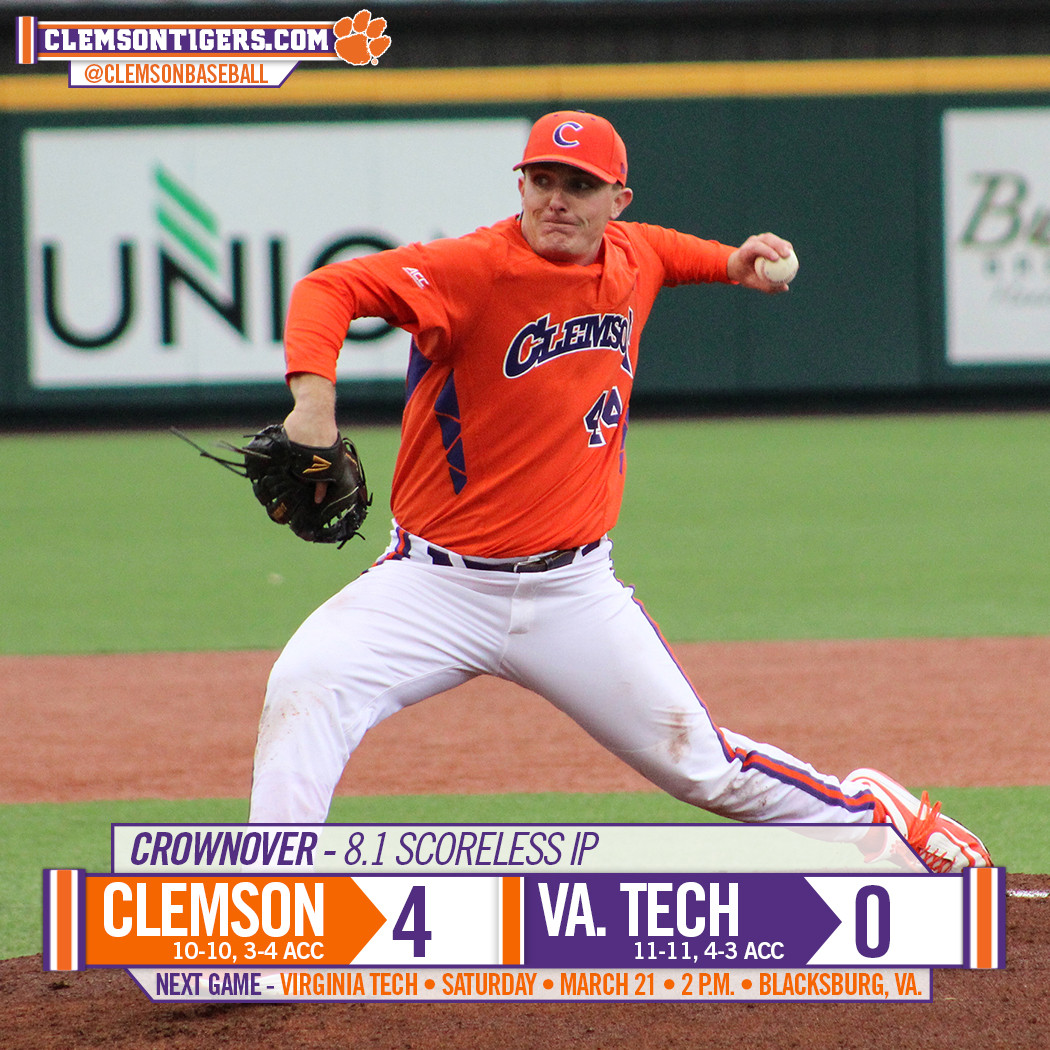 BLACKSBURG, VA. – Chris Okey’s grand slam with two outs in the 10th inning lifted Clemson to a 4-0 victory over Virginia Tech at English Field on Friday. The Tigers, who took a 1-0 lead in the series, improved to 10-10 overall and 3-4 in the ACC. The Hokies dropped to 11-11 overall and 4-3 in ACC play.

Clemson drew four walks, one of which saw a Tiger runner picked off, in the 10th inning before Okey’s blast, his third long ball of the year, over the fence in left field.

The starting pitchers were magnificent, as both Matthew Crownover and Sean Keselica kept opposing batters at bay. Crownover allowed only five hits, no runs and no walks with seven strikeouts in 8.1 innings pitched, while Keselica gave up just four hits, no runs and three walks with nine strikeouts in 8.0 innings pitched. Drew Moyer (1-0) earned the win in relief, while Luke Scherzer (1-1) suffered the loss.

Clemson and Virginia Tech play game-two of the three-game series Saturday at 2 p.m.