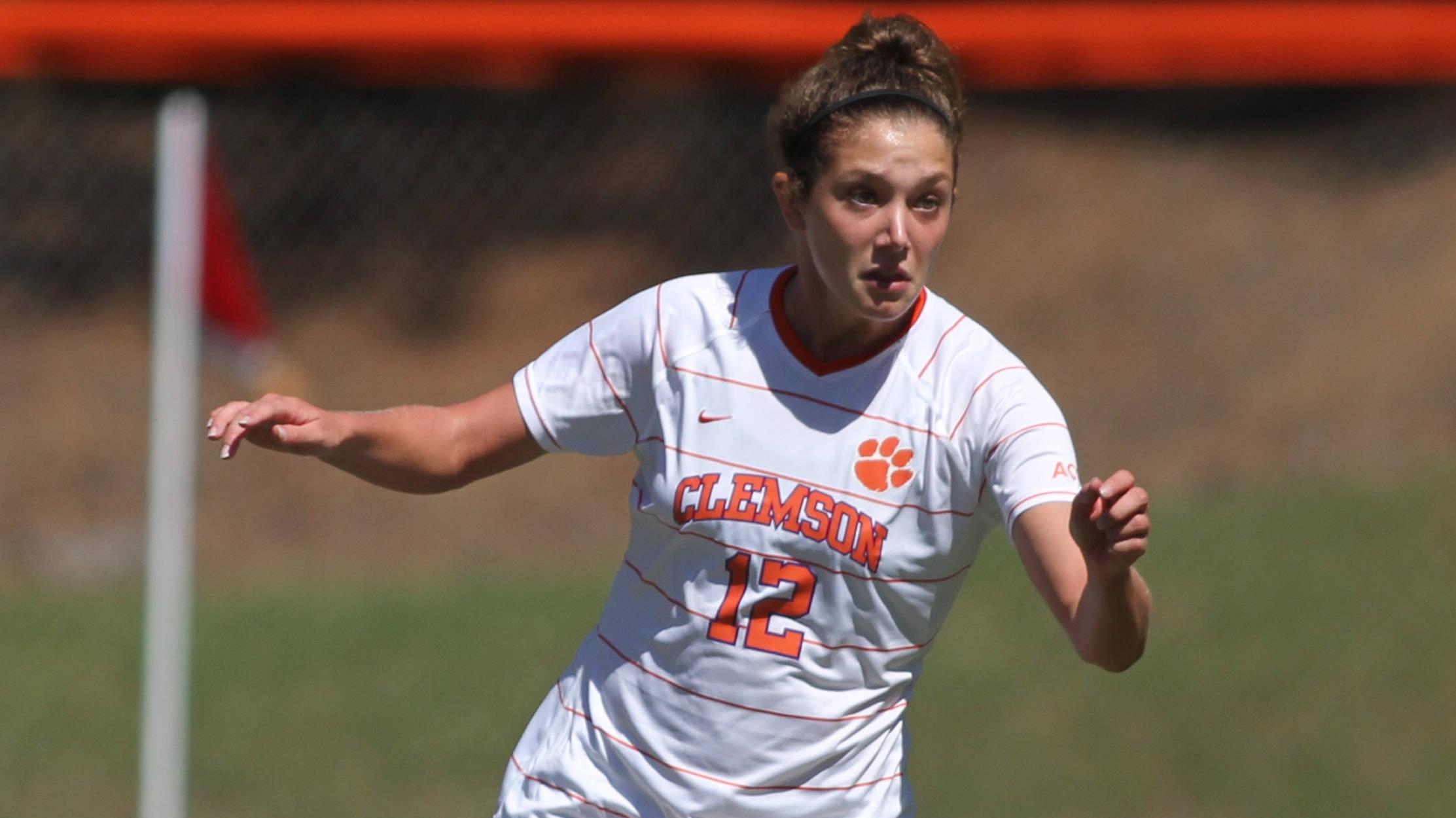 CLEMSON, SC – The Clemson women’s soccer team will play host to 22nd-ranked Virginia Tech on Thursday night at Historic Riggs Field.  The game between the Tigers and Hokies will kick off at 7:00 PM and will be broadcast live on ESPN3.

Hunter Rittgers has recorded 55 saves in over 1,181 minutes in goal for the Tigers.  The freshman currently ranks third among all Atlantic Coast Conference goalkeepers in saves and saves per game (3.93).

Virginia Tech has an 11-4-1 overall record and a 2-4-1 mark in conference play.  Last week, the Hokies fell to #1 Florida State (1-0) on Thursday and tied Miami (0-0, 2OT) on Sunday on the road.  Shannon Mayrose leads the team in scoring with seven goals and two assists for 16 points.  Dayle Colpitts has 41 saves in over 1,016 minutes in goal for the Hokies.

Clemson has a 2-3-3 record in the series against Virginia Tech, which dates back to the 2004 season, when the Hokies joined the ACC.  In games played at Historic Riggs Field, the Tigers have a 1-1-1 record.  The most recent meeting between the two teams in Clemson was a 3-0 win for Virginia Tech on October 28, 2010.